Other commitments prevented me from joining colleagues at cloud ERP vendorÂ NetSuite’s user conference last week. Watching from a distance, one announcement that caught my eye was the tie-up with enterprise social networking platform Yammer [see disclosure: several of the vendors mentioned in this post are or have been clients or have funded attendance at briefings].

One of the questions I’ve raised in the past over initiatives like Salesforce.com’s Chatter is over the danger of creating new stovepipes of social interaction within an enterprise. NetSuite has avoided this by linking up with an independent platform with the potential to link activity streams across many different application stacks. The SuiteSocial initiative will be an interesting test case whether interacting with a third-party social platform can offer the same or better functionality and benefits than other vendors are achieving with an in-built native capability. 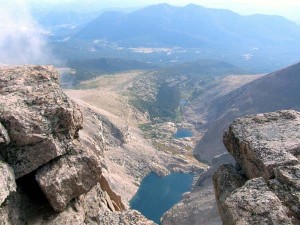 But the point I raise in my headline is a wider one. It’s about the capacity of cloud application vendors to constantly extend functionality â for all their customers at once â at a much faster rate than the on-premise vendors, who will always struggle to keep up. Of course some of the on-premise crowd have already pretty much given up the ghost on that fight for survival. As Brian Sommer writes, there are not that many ‘A’ grade students in the ERP classroom these days. Many of the second-tier vendors have long since lost the plot over SaaS. Among the top tier, Oracle keeps on insisting the Fusion will be the platform that brings it back into contention. We’ll see, but frankly I doubt it. Microsoft and SAP are making strenuous efforts to keep pace and the Sapphire Now conference this week will show the progress SAP has been making recently. But it’s a tough road they’ve chosen.

SuiteSocial perfectly illustrates the chasm that is opening up between the old-school software publishers and the leading rivals among the pureplay SaaS providers. However hard they try to play catch-up, they’re running a race with their legs tied together because of the need to keep faith with their on-premise installed base. This leaves them devoting a huge proportion of their development resources to support on-premise deployments, raising the overhead, risk and time-to-market of every innovative new feature they choose to introduce. Meanwhile, the cloud vendors can run ahead with new capabilities and instantly get valuable feedback from early users that helps them refine and build on the initial offering.

This is a textbook case of disruptive technology catching up with and finally overtaking an earlier generation. There comes a point when the newcomer transitions from being the ‘good enough’ alternative for customers who simply cannot afford the incumbent solutions. It finally reaches the point when it becomes a viable and preferable alternative for the incumbent’s established customer base. NetSuite clearly believes it has reached that point, although it still needs to prove itself before it can claim to have won the battle.

The extra factor that adds tremendous momentum to its push is this ability to introduce and refine new features that lies at the heart of the SaaS model for cloud applications. One of the classic textbooks of technology marketing is Geoffrey Moore’s Crossing the Chasm, in which the chasm is the gulf between early adopters and mainstream acceptance. SaaS has already crossed that chasm into mainstream acceptance. In doing so it has not only joined the mainstream but also changed the competitive landscape in which every vendor has to operate. Now there’s a new chasm opening up that the incumbent vendors will find increasingly difficult to cross over if they want to keep pace with the cloud vendors â a chasm of differential cost and ease of innovation.

For enterprises weighing the case for cloud applications against on-premise alternatives, this is an important additional consideration to take into account when evaluating the return on investment. People tend to focus on the perceived risk of putting your data and processes in the cloudÂ âÂ a risk that’s mostly exaggerated but probably merits a separate post as it’s quite topical currently. What few people consider is the equally important risk of losing competitiveness because the application stack you’ve installed can’t keep pace with the need to introduce innovative business processes. For a long time, the incumbent vendors have argued that SaaS alternatives don’t offer the same breadth of functionality. Now the boot is on the other foot, and the question mark is over the breadth of innovation of the incumbent solutions.