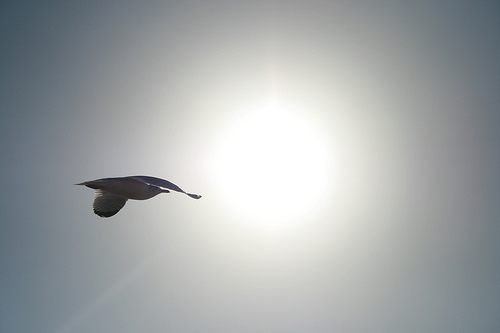 It’s never easy making change in our own lives, even when we’ve been told that we’ve been a change agent for so many others. This is also not the first time I’ve written a blog post about major change in my life. In the past almost 10 years I’ve been in Germany many things have happened, some good and some bad.

I learned the language, wrote a book (or two), started speaking, became the host of the awesome SAP TechEd Demo Jam event. I got married (as well as divorced) and had the most important change ever – my two children. I’ve changed jobs and joined SAP. I then changed within SAP and then again. Created the Innovation Weekends, drove the Clubhouse. I started my show and hosted not one, but two 24 hour long marathons with a 3rd in planning for 2011. Became a member of the Enterprise Irregulars and help found the Enterprise Geeks. I helped create and became a charter member of the SAP Mentors and will be one of the first joining the SAP Mentor Alumni at the end of this year. I’ve been to half a dozen or so SAP SAPPHIRE events and almost 20 SAP TechEd events.

But now it’s time to close this very large chapter of my life and begin a new one. I think it was a good chapter, I think I’ve accomplished a lot of things at SAP and with the SAP ecosystem and influencers. I think I’ve made a mark, a good one and I’m proud to have called SAP my home for the past almost 6 years. So this was not an easy decision, it was not one that I did on a whim or with the flip of a coin but it’s a carefully thought out and considered decision that I have mulled over and finally decided it was a good decision.

It will be tough walking away from so many great friends and those that have helped shape me both personally and professionally. I certainly can’t nor will I try to mention everyone who has helped shape me, those who have know you have and know that I appreciate it – however there are at least a couple that I want to point out who have helped prepare me for my new adventure, even though neither of us knew it was coming.

From outside of SAP, 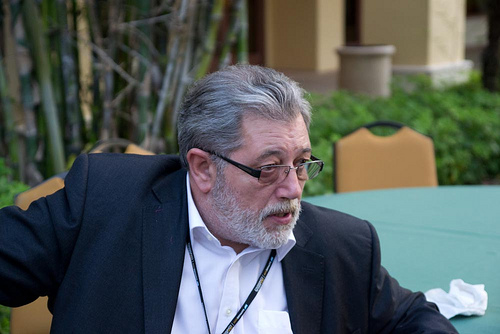 Dennis has always lent me an ear over the past few years and pushed me hard to ensure that I just didn’t stop with “because it’s cool” but really to drive to understand the business purpose behind something and to be able to confidentially present it. 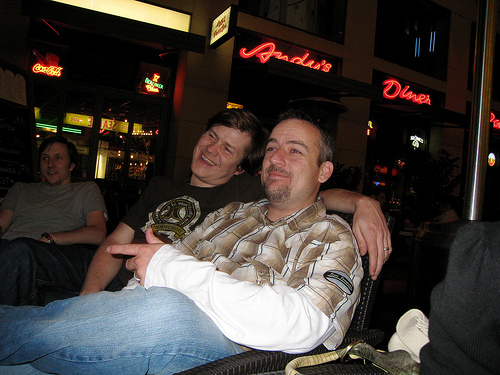 James helped me see chances and opportunities and understand risks. 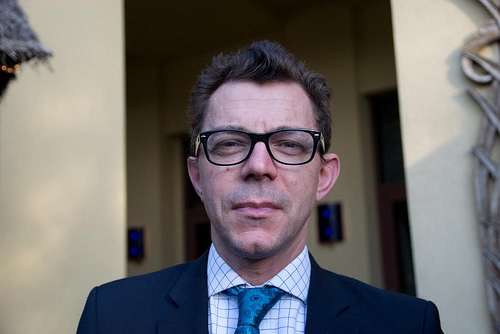 Thomas helped me to understand the broader Enterprise world and life beyond the spargel fields. 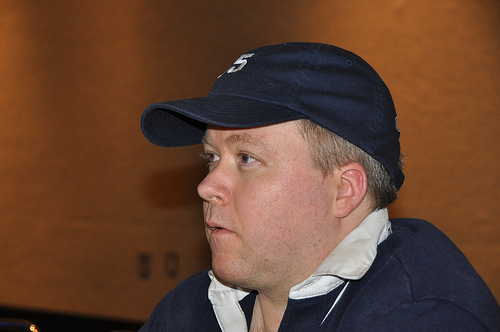 Jon has been a confidant and friend through the good times and the bad and helped me to bring my thoughts and theories around “Path to Recognition” together and present them for others to understand.

From inside of SAP, 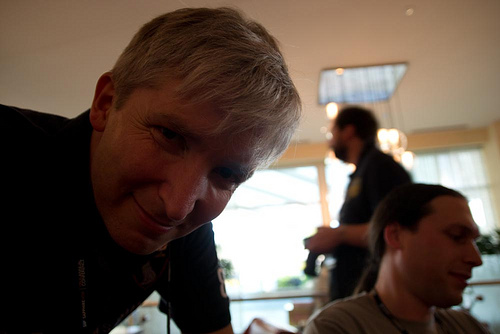 Mark believe it or not made me first realize the world beyond code that I was happy living in and working in. Sure he and I butt heads all the time but it does not change history nor the fact I still call him a friend. 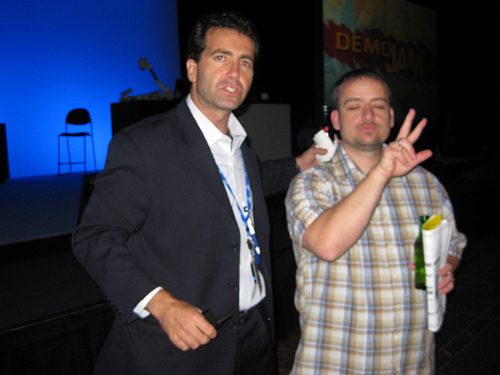 Philippe and I often share a joke every year at TechEd and he often reminds me that “you might be good up there but I discovered you” in terms of the Demo Jam event and through Philippe I’ve learned more than I ever though about organizing and planning events. Logisitics, team work, production and the entire art of putting on a show. 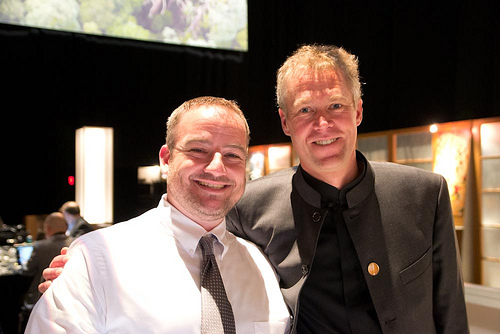 Kaj, inspired me and enabled me to drive my ideas and to make them happen – through him Innovation Weekend and Innojagd became reality and this year the world saw innovation come pouring out of SAP. 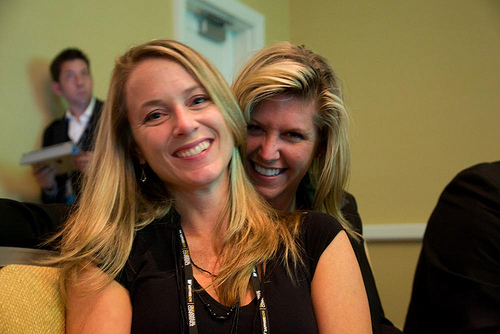 Two of the most amazing people I’ve ever had the pleasure of meeting and both have taught me so much about communications and relationship management. Their dedication to the work, to influencers and the details surrounding every event is awe inspiring! Thank you Andrea and Stacey! 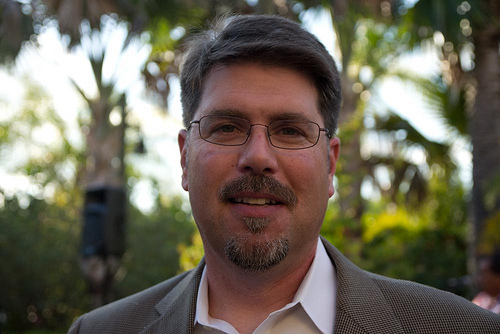 Mike has been a rock for me throughout my SAP career and I’ve been a quasi member of his team now since 2007 and when I finally joined his team late last year I felt I was there, I had arrived. So making this decision became even harder but over the years I learned a lot from Mike and I learned that sometimes the choices we make or those presented to us are not what we expected and sometimes what does happen does so because life is basically a collection of things that move “accidentally on purpose”. Thank you Mike for supporting and understanding!

There are of course many others at SAP who have impacted me but again I can’t list them all. As I said those I just listed have unknowingly (even to myself) prepared me more than I could have imagined for the adventure ahead of myself.

Another group guys who have kept me grounded to reality over the past 2 years as the not so happy things started to happen and who have stuck by me with this decision as well and challenged me on my decision are the Enterprise Geeks. 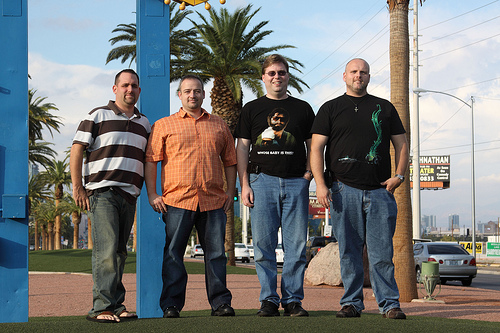 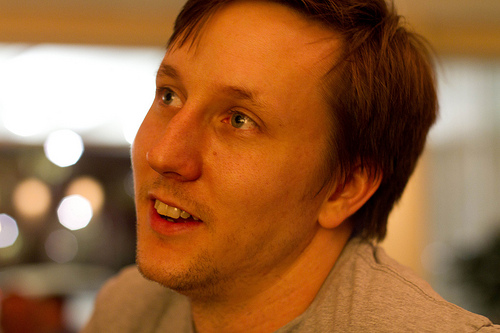 I’m honored to be part of this group and look forward to the continued journey with them!

So yes, I have decided to make a new leap in life and have decided to move on. You can probably see now why I’ve let the show slip some this year but rest assured it will pick back up again with a renewed vigor as I begin to look at the Enterprise space as a user of the tools and not an evangelist or developer of them. I have my work cut out for me already as I join a dynamic and growing company here in Mannheim, Germany, called ADTELLIGENCE (see them also on Facebook). They are doing some amazing work and I’m excited to be part of it here in a few weeks.

It’s a dynamic young company and I see a lot of promise and opportunity with them so I’ve accepted their offer to join as Vice President of Marketing and Communications and to head that section of the company. It won’t be an easy task but it will be a challenge that I am looking forward to. The team already there seem to be a great group, I’ve not had a lot of time to get to know them yet but my first impression was a good one and those who know me also know my “vibes” so these guys send off a good vibe!

I won’t be transitioning over right away though I will be staying with SAP for several more weeks for knowledge transfer and to ensure our bloggers and influencers are still getting the info they need until someone else steps into my role and I will be on vacation this summer. My official last day at SAP is August 31st and my first day at ADTelligence will be September 1st.

I hope you will join me on this journey and I look forward to seeing how this new opportunity melds with my existing networks and friends!

2 responses to “Life and Opportunities”