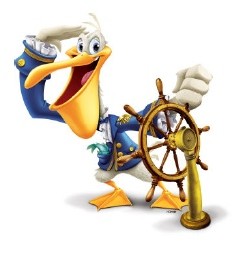 In my first post in this series on learnings from my Q1 vendor briefings/demos, I wrote about the implications of HRM software and services vendor ambitions for buyers and, more generally, for the industry.  In my second post in this series, I covered a wide range of changes in the context within which these vendors operate which they must address with their business strategies if they’re going to survive and prosper.  Then I wrote about some of the most important capabilities vendors must address/provide in their products, followed by what impresses me in software.  If you’ve been following me through this series, you may well be wondering where it will end, and the truth is it ends now — not because there isn’t a ton more to discuss.  But I’m going to do a series of onsite vendor meetings in July, and I’m sure those will educate me and shape my thinking further.

Over the last many months, I’ve seen some very useful and innovative products, met with incredibly capable vendor leadership teams, and learned a ton about what’s coming out of their “kitchens” but isn’t yet visible as well as the capabilities they’re delivering now.  I would have liked to write about the specifics of what I’ve seen, but there are lots of real analysts,  writing about specific products and groups of products within a category, who have more time, organizational infrastructure, and intellectual patience for ferreting out the exact nature of features and functions.  I’m anything but a research-based analyst, so my real interest is in the patterns of new capabilities, the overall direction of the best products and leadership teams, and what we must do collectively to advance the practice of HRM by leveraging great technology.

Yes, I’m totally biased, and now you know in exactly what direction.  I love great HRM software and admire greatly the teams who bring it to life.  But I guess I should also admit that holding the details of myriad products/services in my brain, or even in my notes, is a losing battle.  If you want those details, and yes they’re important, it’s best to ferret them out yourselves using “killer” scenarios (there are a lot of posts on this site about this topic) or, where appropriate, use one of the research-based analysts that offer vendor feature/function matrices.  Just asking a prospective vendor for a “sandbox” in which to run your scenarios may separate the truly SaaS with really modern architectures under the covers (they’re likely to say yes) from everyone else.

Change of the types discussed in my prior posts in this series bring both challenges and opportunities, and the sheer number and complexity of the changes I’ve described here has brought plenty of both.  From the perspective of challenges, true SaaS forces every aspect of a software vendor’s or outsourcing provider’s business to be rethought and reinvented fundamentally.  The success of this reinvention, for an established vendor, depends on how well and quickly they can ready/adapt their software for true SaaS (and for many of my preferred behaviors) and then bring their legacy customers across while engaging entirely new customers — unless of course your business model is to milk an installed base’s maintenance fees.

It’s a whole lot easier to just jettison your installed base and start over (or to start from scratch as a new vendor), but we also have some great examples of HRM software companies which have evolved from their licensed/on-premise origins to a true SaaS present, albeit with a number of legacy clients and maybe even legacy architectures still being supported.  Bringing your customers along as you journey from a licensed/on-premise past to a true SaaS future may be highly valued by and valuable to those customers, but the financial markets appear to punish public HRM software vendors who are in that situation with much lower multiples than some of their start from scratch, true SaaS competitors.

Not only does true SaaS change the economics of the software business so dramatically — and everyone knows that reading financial statements is not my forte — but it’s easy to misread the requirements for change across one or more other elements of the business.  There’s also a lot of code around, including fairly new code, that wasn’t that robust to begin with nor surrounded by the most robust and disciplined development processes, and now the vendor in true or even false SaaS bears the cost and operational challenges of supporting and running that code.

There also remain many in the IT community who view true SaaS as the devil incarnate, and they may lurk quietly until late in the sales cycle before pouncing, thus raising sales costs and timelines beyond what many a true SaaS vendor can afford.  There are very real technical, operational, security, reliability, privacy, integration, provisioning, cost model, etc. challenges for true SaaS vendors, and that’s without dealing with the flying FUD they’re encountering from many directions.  And trying to support mobile users, SaaSy or not, brings another whole set of issues, to include constantly lost/changed smart phones/tablets, should we or should we not put code on the client, how best to develop once/deploy many, the mindset of freemium apps, etc.

But with these challenges come tremendous opportunities for those vendors who can master them. Winners in a rapidly changing and consolidating market may gain market share, have more to invest in user experience stickiness and in increased customer satisfaction, and achieve the scale that is critical to financial success in a SaaSy world.  True SaaS also brings new revenue opportunities, beyond subscription and services fees, which work when vendors/providers achieve substantial scale, including aggregations, inheritances, embedded intelligence from 3rd parties, etc.  True SaaS vendors, via very cost-effective operational aggregations, know what configurations and features are being used and how they are being used so they can build most needed/used capabilities into their base products quickly and with confidence as well as tune existing features and the UX as needed because inexpensive, rapid crowd sourcing is a byproduct of true SaaS.  Similarly, true SaaS vendors know what functionality is not being used so they can put their development $$ where it will have the maximum user impact.  They are also able, with SaaS InFullBloom, to establish most common/needed configurations to be inherited at provisioning, e.g. by industry, geography, type of worker, etc.  Also, in a consolidating/PE-involved market, there are a lot of integration and new owner distractions that can be used by those vendors which are able to stay above the fray.

Some large installed-base ERP/HRMS vendors are going to fight to the death to protect their maintenance revenues and to up sell for new license fees into their installed base.  And some of them will be selling their next gen add-ons into that installed base while they get that next gen ready for prime time.  Meanwhile, there are lots of SAP/Oracle/PSFT/Lawson HRMS customers on older releases who may not be able to afford and/or want to upgrade that can be targeted judiciously.  Many of them are paying too much for too little, are learning that the next gen from their current vendor (where there is one coming) will cost a bunch/isn t ready/furthers expensive/risky vendor lock-in, etc.  Well-known, fairly recent middle market brands, like Spectrum, are going/have gone the way of the previous generation of HRMSs, straight to the software graveyards, and their installed bases can be targeted aggressively.

If it s not true SaaS, if you don’t have something hot under the covers, and if you don’t have a huge installed base a la SAP/Oracle/PeopleSoft, then the influencers, including the traditional analyst firms but excepting the pay-for-play false analysts, aren’t going to be very interested or supportive.  And what is said mano a mano or via such informal channels as the EIs discussion threads or the HR Technology Conference LinkedIn discussions is much more pointed than what is said in official analyst reports, and more strongly believed.

To avoid “buying” new HRM software that hasn’t got the runway you need, or if you’re a vendor trying to future-proof your business and product plans, here are some obvious considerations:

It’s not paranoia if in fact everyone is out to beat you and your vendors.  And that’s today’s global economy.  It no longer matters what proud history you bring to the table but what proud future you’re able to deliver.  I for one have long since accepted the fact that I’ll have to prove my value to each new generation of HRM and HR technology leaders as well as make the expected level of contribution to each and every project.  Such is the “new normal.”