The Key To Community and Change Management: Engage your Ecosystem 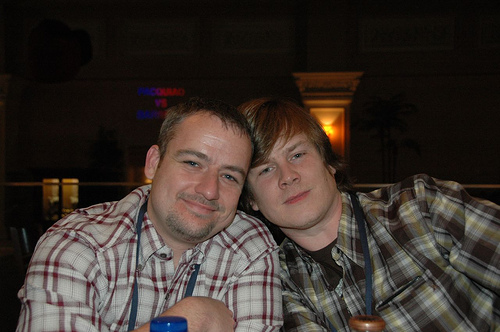 I seem to only want to blog about emails at the moment, which I guess is OK. One of the mails I have in my hopper comes from the SAP Community Network (SCN). It’s an invitiation from Chip Rodgers, SCN vp and COO, to a call about a forthcoming platform migration for SCN. Now I should say the current state of the art is not so great – blogging on SCN can be a real pain in the ass.

So you would think that the community would just be happy to see an upgrade. To have something Better, Faster, Stronger.

But of course that’s not how people work. We may say we like change, but it always freaks us out.

But I have to say I am hugely impressed with the stepwise consultative approach my client SAP is taking to managing its community interactions. You see a lot of people use SCN- hundreds of thousands, or perhaps millions if you believe the marketers. The fact SAP is pinging me, a non-employee, as a stakeholder in the ecosystem platform is just excellent.

SAP has talked to the developers, mentors, partners, customers and stakeholders that matter about the forthcoming change. Nobody is going to get blindsided. Which means SAP has broughts its community along for the ride.

Developers is particularly important- they are the ones that use SCN every day. So involving them is just good business sense.

Its hard not to draw a contrast with SAP’s arch competitor Oracle, which doesn’t seem to believe that a consensus-driven approach pays dividends. While Oracle’s financials are fantastic, it has certainly stored up some ill will with recent changes, particularly in open source communities.

Large scale consultations with communities is hard, and I would just like to commend SAP right now for the approach. There is enough agression and complaining out there already. Here is to no drama. And here is to the new platform.

On that note I should also maybe say cheerio to Craig Cmehil, one of the leading lights and most loved guys in that ecosystem. Of course its adieu rather than Goodbye, but all I know is the SAP community ecosystem will miss the guy, for his skills, his passions, and his taste for jagermeister.