I’ve just returned from a trip to Halifax Nova Scotia (a really excellent city BTW…but not what I want to write about) where my wife and I visited my niece, nephew-in-law and their two kids – a great family in fact. In fact, if you’re ever in Halifax, motor on down to Finbar’s which is their restaurant in Bedford, a nearby suburb of the main city.  Family prejudices aside, really well worth for the quality of the food, and the ambiance of the place…and, prejudices incorporated…for the owners.  Just remember this menu item – boxty.  No more said about that.

Get it? If not, stop reading and go home. 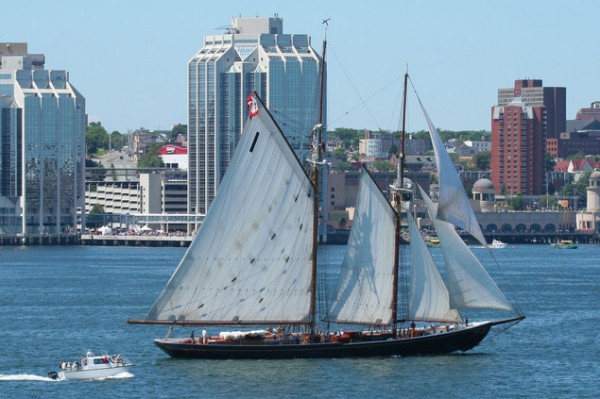 Before I get into the details, I just want to clarify something.  I don’t write to gripe…well, not much anyway. Once thing I’ve learned in all my years in CRM, there is something to be learned in everything. So what I try to do, even when I’m entirely p.oed is to pull something worthwhile out that I can store in my prefrontal cortex (metaphorically, of course, though I do believe that’s where long term memory is stored according to Joshua Foer, author of “Moonwalking with Einstein”).  Just being totally angry at some institution, while it feels cathartic and good while its happening (c’mon, you know it does), really doesn’t accomplish much beyond leaving you drained and satisfied, though really good sex does that so much better.  But, if you can analyze the results and extract the lessons, then there is value even in the meltdown. That’s universal. But if the subject that caused the meltdown doesn’t learn from it, then they continue to be a problem and the chances are the issues are more than momentary. Likely, they are cultural – different set of problems. But in the interim, a future and maybe best practice can be extrapolated from it.

In the case of a good or great story, the lessons to be learned are also universal -and what makes the story great is that there is a reasonable chance they are both externally reproducible and internally, are already being reproduced. So here, the subject becomes the example of what to do, instead of the problem and what not to do.  My job is to figure all this out. Which I try to do and make the story more valuable then just a really cool story if good and a “okay, when you’re done venting, I’ve got something else to vent about” story when its bad.

Now on to the story and the lessons learned.

Yvonne and I got up at 4:30am on Friday morning to get to Dulles airport to catch a United Flight directly to Halifax on one of those United Express Embraer 170 regional jets.  Unfortunately, even though Dulles is only 20 miles away, we have to travel in rush hour which means the trip could be an hour or more just to get to the airport. But, hey, NP on this one. Its just the “cost of doing business” for traveling in our area. Got there at 6:30am for an 8:20am flight.   So far, so good.

Alert on phone… Flight being delayed until 10:00am.

This went on and one in the same pattern with no information until customers on the flight went to the customer service desk and found out WE HAD NO CAPTAIN!  They didn’t have anyone to fly the plane and the gate attendant in the interests of being crappy didn’t bother to tell anyone anything and instead of announcing this early, they were allowing the boarding countdown to happen until it hit zero before it finally changed.

To compound this incredible lack of communication and continuous raising  and dashing hopes were the following horrible practices.

0.    My wife asked the gate attendant to make a general announcement to the people in the waiting area, since she didn’t tell anyone anything unless they went up to her and asked.  In fact, she explicitly asked her to tell the waiting crowd that there was no captain and that it was unclear as to when there would be one. She said she would and instead just announced the delay all over again, leaving out the important details that most of the passengers didn’t know, not allowing them to plan a thing including possible alternate flights or even leaving the area to go eat food.

Finally, several passengers went to the customer service desk and told them of this incredible lack of communications and they called the gate attendant and forced her to do a general announcement about the actual problem. And they found a pilot and we got to Halifax about three hours late.

United did come back to, I presume, all the passengers on the flight with a “we’re really sorry” followup a day later and offered 7000 non-status counting miles, $150 e-discount or 10% off an economy class flight.  Which is nice, but the mistakes had already been made and could have been avoided.

Lesson #1 – The irony is that the lesson for United here is the most basic of all. What was infuriating wasn’t the delay per se – though for me this was just part of the expected lateness of United flights (average time late recently 2-3 hours)  – and they didn’t have a captain which was novel to say the least. What made this an incredibly bad experience, miles and discounts after the fact, notwithstanding, was that United didn’t communicate the problem or the reason for it or the uncertainty of the solution to the problem until they were forced to by very disgruntled passengers.  All they had to be is frigging honest. Sure they would have still had upset passengers, but not to anywhere near the level that their obfuscating behavior caused.  Treat your passengers like adults. Why? Because they are.

Lesson #2 – Either monitor your Twitter channel (#united in case you can’t figure it out,  United VP of Customer Experience, if the title still exists there.), or if you are, fire the entire group that’s doing it now and put in a responsive group. This is the era of social customers United. There are   millions of people actively communicating about the companies they love to hate, and, you are one of those.  I know that ultimately, your shareholders weren’t badly affected by “United Breaks Guitar”, so, probably, in your eyes, it was a merely humiliating blip on the radar screen.  But it did cost you $180 million instead of the replacement of the guitar which would have cost you, what? $1200?

You don’t only have shareholders, you have stakeholders, including your passengers, your employees and all others who are affected in some way directly by your actions and example as a company. Stakeholders may not all own your company’s stock, but ultimately in the long term, they determine its price.  The consequences of not instituting practices that incorporate honest communication when there are problems is far more damaging to you in the long run than United Breaks Guitars ever will be.

Many of those stakeholders communicate in social channels like Twitter, Facebook, Flyertalk etc. If you’re not monitoring and responding with immediate response times like say Virgin America does, then people like me who are active in those channels and your Elite fliers, may start thinking “hmmm, Virgin America or Jet Blue are starting to sound really good to me” In other  words, the cost of leaving is finally low enough to, well, jet.

We stayed at the Marriott Harbourfront Hotel down on the waterfront in Halifax. I’m a Marriott Platinum Elite So from time to time, I take a personal and professional look at the Marriott treatment of Elite status – obviously Platinum more than any other – programs and report my findings to the Marriott loyalty folks. For me, because I understand what they  expect, what the standards are and how they work, the variances are actually a real study in how loyalty programs at large enterprises with multiple venues are interpreted and executed.

Thus, I spend a LOT of time at Marriott hotels and I have even developed a routine which I won’t go into here on what I’m looking for in how they handle the program.

Not only was I pleasantly surprised by how the Marriott Harbourfront in Halifax handled the Platinum Elite members (me) but see them as a paradigm on how it should be handled as a set of best practices for hospitality industry advocacy.  I’m going to break it down at a high level so you can see what I saw:

Lessons all in all

One response to “Night & Day: The Story of United Airlines & Marriott Hotels…Respectively”