Hewlett-Packard followed up its “demand letter” of last week with a lawsuit seeking a halt to Oracle’s de-support of HP’s Itanium-based servers, injunctive relief against more mudslinging, and unspecified damages. The suit, filed in Superior Court in Santa Clara, California, is the latest in a nine-month battle that has transformed the two former partners into bitter enemies. 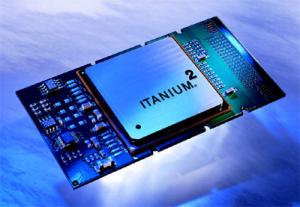 The case, according the formal complaint, “arises out of Oracle’s failure to live up to a clear and simple promise to work with HP in the interests of both companies’ mutual customers.” The complaint goes on to cite a litany of problems and “strong arm tactics” that Oracle has used in its now almost nine-month old battle against HP, one that has at times taken on an exceptional and, in my mind disturbing, personal tone (in particular, the attempts to subpeona HP CEO Léo Apotheker last fall in the Oracle vs. SAP lawsuit seemed in my opinion to have nothing to do with adjudicating the dispute and everything to do with trying to humiliate and tie down Apotheker just as he was assuming his new job.)

Among the allegations in the suit is the claim that Oracle is refusing to fix “critical bugs” in its Itanium versions, bugs that HP says it has a “duty to fix”. Instead, the suit claims, Oracle is trying to force these customers on to a new version of Oracle that will also necessitate a migration away from Itanium. The suit further claims that Oracle is coupling this de-support effort with a “below-cost” offer for a new Sun server to run the new Oracle software.

Oracle has since issued a statement claiming that HP and Oracle do not have a binding agreement to support Itanium, and that HP has known all along that Itanium will be de-supported. More on these claims in a moment.

While significant portions of the complaint, as sent to me by HP, are redacted – due to, I assume, the confidential nature of the contracts that HP and Oracle have relating to support and maintenance issues – it is clear that HP has chosen to respond in an aggressive manner to a set of actions by Oracle that, on the face of it, looks more mean-spirited than grounded in good business sense.

There are some who argue that there is a hard-nosed, technical reason not to support the Itanium market, due primarily to the perception that it is based on an outmoded design that is too expensive to run compared to new technologies. Even assuming that is true, the manner in which Oracle announced its de-support and the potential disruption that such an abrupt action could entail for their joint customers will, to be blunt, stick it to a significant number of customers whose only fault in the matter is that they are – heaven forfend – running an older hardware system. Imagine all the disruption one could cause if companies like Oracle tried to force customers to only run the latest and best technology, and did so largely so they could make trouble for a competitor.

And that’s really where I draw the line: The fact that this de-support is happening in the face of a bitter, personal vendetta against HP is what makes it much too customer-unfriendly for my taste. Even if there is no binding agreement for Oracle to support Itanium, dumping its dispute with HP on the backs of customers is wrong. This is why I think the actual EOL issue is a red herring, though I am still trying to find out why Oracle believes that Itanium is being end-of-lifed when Intel says it’s not. In defense of my confusion about Oracle’s allegations, here’s a quote from Intel’s website:

As a result of recent announcements from Oracle, Intel is taking this opportunity to directly reiterate its plans for the Itanium processor.  “Intel’s work on Intel Itanium processors and platforms continues unabated with multiple generations of chips currently in development and on schedule,” said Paul Otellini, president and CEO of Intel Corporation “We remain firmly committed to delivering a competitive, multi-generational roadmap for HP-UX and other operating system customers that run the Itanium architecture.”  Poulson is Intel’s next generation 32nm 8 core based Itanium chip, and is on track to more than double the performance of the existing Tukwila architecture.   Kittson is an officially committed roadmap product for Itanium beyond Poulson and is also in active development.

There are many details of this suit that still need to see the light of day, including more on the confidential sections and their relevance to the companies’ joint customers. But at a minimum it lends further insight into how the new HP wants to be seen in the market. By taking on one of the most legally aggressive companies in Silicon Valley, HP is sending a signal that playing the chump to Oracles’ legal and personal attacks is apparently not an option.