Enterprise 2.0 came to Boston this week and it provided an interesting snapshot of an emerging market.  At the same time Deloitte and the National Venture Capital Association (NVCA) released a study that calls for a more robust IPO market.  I see connections. 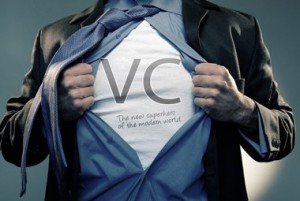 First, E2.0 as it is abbreviated, made its annual visit to Boston.  The show is gaining momentum and with it the paired ideas of the social customer and, I hope, the social enterprise.  E2.0 moved out of a big hotel and fit comfortably into the Hynes Convention Center where there is room to expand over the next several years.  There are also many more places to hold after parties in the new location, something that many vendors and analysts took full advantage of.

E2.0 is the leading edge, the point of the social spear.  It is the place where people of a certain mindset go to share big ideas about the future of business but it wasn’t that well attended.  I thought more people representing more companies wanting to get on with socializing their businesses would attend but I was wrong.  I chalk it up to social being still in its early days.

There were not enough customers telling their success stories and too many vendors attempting to be neutral thought leaders, which I don’t think worked.  And ironically for a social show, the big established vendors of everything technology related made their best old school attempts to own the space.

IBM emitted a press release with this headline: “IBM Named Worldwide Marketshare Leader in Social Software for Business”.  The PR contained this: “IBM social software including IBM Connections provides tools such as communities, forums, wikis and blogs and new capabilities like advanced special analytics, enabling users to expand their network with recommendations of people to connect with based on prior connections and similar interests.”  It was only missing a concluding, “You all can go home now, we’ve got this.”

But in fact, no one has this and no one probably will for a few years.  The thing I find odd is that there was little discussion of the need for the enterprise to change, to morph from a hierarchy to a community, to become social.  It felt like the only thing the big guys were concerned with was corralling the social customer while leaving the hierarchy intact.  Good luck with that one.

Conspicuously absent from the festivities was Salesforce.com a company with as much to say about the social enterprise as anyone.  But it seems like Salesforce only goes to its own shows where it can be the star and control the message.  That will work in this market’s earliest days but if Benioff, Inc. wants to capture the vast social enterprise market they’re going to have to start coming to some of these events.

I think Salesforce has a good message as evidenced by the company’s Cloudforce event last week.  They’re talking about the social enterprise and the social customer in ways that the others are not.  The others, IBM and company, are still proselytizing about their technology while Salesforce is relentlessly pushing a message of empowerment, of how to be better at what you do through the use of social technology.  That’s what I thought was missing from E2.0.  I didn’t get to all the sessions but I spoke with a lot of vendors and some, especially the smaller guys like, Clearvale (BroadVision) and Saba and very small guys like Yammer and DoubleDutch each in their own ways gets it and is pushing the ball toward the goal line.

Future editions of E2.0 need to sell that new religion and it might be helpful if they reduced the number of shows to one per year rather than the current East and West approach.  I might suggest turning one of those into a virtual event to showcase another part of the social revolution.  The show’s got to start eating its own dog food.

In a related matter, the NVCA issued a report that takes a polite shot at the financial community by pointing out the obvious.  The financial meltdown of a couple of years ago still emits a kind of financial cosmic background radiation which has made IPO activity difficult and since the IPO is essential to a healthy venture industry, the industry has a bit of a cold.  From the release:

“Clearly the industry continues to feel the ripple effects of the global economic downturn — most notably in the form of limited exit opportunities,” said Mark Jensen, partner, Deloitte & Touche LLP and national managing partner for venture capital services. “However, with signs of improvement in the economy and easing of the liquidity crisis, the tide may be turning.  Innovation continues to be an important driver in our economic health and a strong exit marketplace is critical to the venture capital ecosystem driving much of that innovation.”

Low IPO activity means it’s harder to raise funds and for investors to take on risk if there’s limited upside.  That’s too bad because when you think about it, the hundreds of billions of dollars that have been invested in the last thirty-five years have generated many tens of trillions of dollars worth of business activity.  As I wrote in a recent post, building the information economy has driven U.S. GDP from $1.6 trillion in 1975 to over $14 trillion today.  That effect has been mirrored all over the world.  So while it might seem like the venture industry is a remote part of our lives, it’s critical to our well-being.  I take this report very seriously.

No doubt some new investment is flowing into social technology vendors but the amounts are still small and judging by the number of booths at E2.0 there aren’t enough new companies dipping a toe in the water.  Disclaimer — I am not giving financial advice here.

Still, what I gave seen in the last couple of weeks with E2.0 and Cloudforce suggests an early stage market with some good ideas that has yet to catch fire.  There’s a core group of vendors and influencers who get it, some of whom might be a bit too enthusiastic but that goes with the times.  To me it’s a no-brainer to keep at it, we’re mostly on the right track but we need to find new ways to attract large companies to this new approach to business.

One response to “Enterprise 2.0 and the VC Industry”