Friday Rant: E-LYNNX — The E-Sourcing Patent Trolls Are Out Again 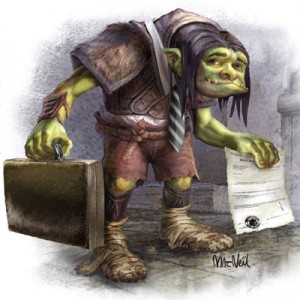 James Carville, Bill Clinton’s famous political consultant, once observed that Pennsylvania is Philadelphia and Pittsburgh with Alabama in between. I can partially attest to this having lived in both cities and spent one year of my life in between them. This might sound like a bit of a random observation, but stay with me for a minute. In Spend Matters’ view, e-LYNXX Corporation, a Pennsylvania company that filed a patent infringement suit late last year against a number of defendants in the United States District Court for Middle District of Pennsylvania, Harrisburg Division, is likely banking on a jury whose composition fits Mr. Carville’s stereotypical description of middle-state residents, who are likely not to be as versed in business-to-business practices and trade when it comes to a recent patent case that was filed. As further background, E-LYNXX, a niche vendor serving the print procurement market with both services and software, filed a patent infringement complaint against Innerworkings, Staples, Dr. Pepper, Snapple Group, Taylor Corporation, Rent-a-Center, R.R. Donnelley, NewLineNoosh, The Standard Register Company, Quadrem (now Ariba), Emptoris, PrintVision, Cirqit.com and Williams LEA. It seems that this hodge-podge list (based on who is on it — and who is not) that E-LYNXX is trolling nets in murky waters, attempting to surface fish outside the print market it can’t even see.

I spent the better part of an evening last month reading the patents in question as well as reviewing my briefing notes from two discussions with E-LYNXX in the past couple years. Incidentally, both of these discussions with E-LYNNXX rubbed me the wrong way (which is why we have not written about the vendor to date). In our discussions, the hubris around the way in which the inventor and CEO, William Gindlesperger, presented his company, his view of procurement, and his patent — making the patent a centerpiece of the briefings — was off-putting and just plain odd. Moreover, I have in my notes that William Busch, Spend Matters VP of Business Development (and a former head of print procurement for a major university and publisher, who joined one of the calls because of his expertise in the category) suggested that the patent discussion was circumspect and that some institutions had bought “that way for years” using Excel, fax machines, email, voice communications and other means to do exactly what Gindlesperger has patented. Bill further adds that he recalled one of the cornerstones of their “process” was to buy excess marginal capacity. Which, he adds, “in a rapidly shrinking and desperate industry, is equivalent to shooting fish in a sourcing barrel.” He also suggests “the ‘Alabama’ jury could easily backfire if the defense paints them as bloodsuckers who also prey upon struggling, small businesses in the US manufacturing sector.”

Much of the patent claims in question read like just about any eRFX package in the market today (or a way in which you could configure just about any package, if so desired). But the really curious part is that the patent examiner appears, in our view, to have missed the boat on previous inventions around the two patents. Here is part of the abstract for one (7,451,106) if you’re curious: “An apparatus and method or selecting a lowest bidding vendor from a plurality of vendors of a customized good or service, including receiving a set of vendor’s attributes from each of the plurality of vendors representing their respective capabilities, and receiving an invitation-for-bid data from the buyer defining a custom job for which the buyer desires price quotes or bids…the invitation-for-bid is compared to each of the vendor’s attributes according to certain standard or optional selection criteria to generate a vendor selection pool of vendors qualified to bid on the job. Each vendor in the vendor selection pool receives a vendor’s invitation-for-bid…upon approval from the buyer, an order is issued to the selected vendor.”

In the claims, the argument for the patent in question is generically extrapolated from the print category (E-LYNNX’s core market) to apply to all custom manufactured categories. This is based on what Spend Matters believes to be partial or flawed procurement logic. In short, the fact a patent was even granted in this area is scary enough, and the fact that a vendor is trolling around enforcing it outside of the print market should bring chills to any company doing business over the Internet today. While we can’t speak to the individual merits of the defendant’s practices as suggested in the complaint, we did come up with a list of over 20 companies that may have had similar business concepts in play during and before the initial B2B boom. Several are not likely perfect matches, especially pertaining to one bid anonymity (supplier) components within the patent claim. But we can say with near certainty that multiple providers had deployed related capability — or had prototyped it as part of their R&D efforts — many, many years ago. Drop us a line if you’d like the list.

Regardless, this recent suit suggests that no one is safe from the sourcing patent trolls. And most important, from our vantage point, anyone who buys technology just because of a patent (and not because of what technology or a process can do for them) is clearly an uninformed buyer. It is our view that companies using sourcing technology — or considering using technology — from those named in the suit including Emptoris, Quadrem (Ariba) and others should evaluate solutions on their own functional merits.

One response to “Friday Rant: E-LYNNX — The E-Sourcing Patent Trolls Are Out Again”