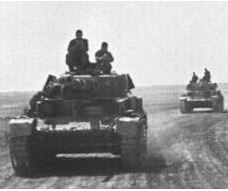 One of the most impressive things about the 3G version of the iPhone introduced in 2008 was the speed of its global rollout. Started with 22 countries with another 50 – plus countries following over the next few months. Among the carriers it coordinated the rollout with were VimpelCom in Russia, three companies in Hong Kong, Etisalat in Dubai,and Telia in Sweden. Most readers would not call them household names. The regulatory approvals, the global logistics of getting phones to them securely and secretly, bet nothing was easy. It was the modern day version of the amazing German “Lighting War” successes in the early part of WWII.

But you could argue Apple was already globally savvy. How about Groupon getting to almost $ 650 million in quarterly revenue as a 2 year old startup?  It has been called the fastest growing company of all time – and it has done so by buying stakes in similar coupon/deal sites around the world including CityDeal in Germany, Darberry in Russia, ClanDescuento in Chile and Qpod in Japan and offering daily deals  in over 500 cities around the world. Not surprisingly it is in a hurry in every aspect of its business.  In three months, twenty-six international markets went live on the ERP software, NetSuite, replacing hundreds of spreadsheets. “The power and flexibility of the NetSuite cloud made it possible for Groupon to deploy global ERP in all those countries in three months instead of the three years a company of their size and trajectory would have faced with conventional, on-premise software,” says Zach Nelson, NetSuite CEO.

Now comes Netflix. Primarily a US player it expanded into Canada in 2010, with modest results as its streaming service has been hindered by low data caps by the country’s broadband ISPs. That led people to believe it would cautiously expand globally . To the surprise of many it announced plans to enter Latin America in a big way – to 43 countries – and potentially at a significant risk! Blogged VideoNuze “While a populous and fast-growing part of the world, these aren’t generally countries considered broadband leaders. For example, according to OECD data of per 100 inhabitant broadband penetration as of December, 2010, just 2 countries in the region – Mexico and Chile – fell into the top 34 in the world (#32 and #33 respectively), eachwith a 10.4% penetration rate per 100 inhabitants”

But with this new blitzkrieg approach to global expansion Netflix is clearly betting – damn the risk – that if it does not put down stakes, others will

The days of multi-year global ERP and other rollouts may soon be a distant memory.