Swartz Stole Academic Articles? Why Weren’t They Free In The First Place? 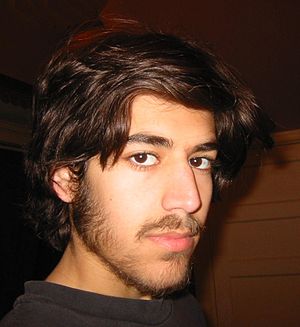 Aaron Swartz, one of the founders of Reddit, is garnering a great deal of attention after having been indicted on charges he stole over four million academic documents.  Being a quasi-celebrity and political activist, the indictment is prompting a number of articles in my blog reader, and it has certainly rung Techmeme’s bell more than once.  The details of the alleged theft are certainly titillating:

This time around, Swartz circumvented MIT’s guest registration process altogether when he connected to MIT’s computer network. By this point, Swartz was familiar with the IP addresses available to be assigned at the switch in the restricted network interface closet in the basement of MIT’s Building 16. Swartz simply hard-wired into the network and assigned himself two IP addresses. He hid the Acer laptop and a succession of external storage drives under a box in the closet, so that they would not be obvious to anyone who might enter the closet.

But here is my problem: I can’t understand why those academic articles weren’t in the public domain anyway.  Why should he have had to steal them?

I read a lot of academic articles, and it has seemed to me for a long time that this business of having to pay a small fortune for each and every article reprint was a total ripoff and contrary to what the institutions funding the research that led to the articles should be standing for.  You don’t have to search very long on some academic subject before you run into a link similar to this one.  That’s $31.50 for one single academic paper that should be available for free.  It’s published by a prof from Cal. Berkeley and another from U Illinois, Champagne-Urbana.  These are two very fine institutions.  Why then do they want to condone the research they paid for costing $31.50 for others to review for academic purposes?  What’s the justification for doing this?

Schools should be Open Sourcing all of their research to foster sharing and the general advancement of knowledge.  Once upon a time that sharing depended on articles appearing in scholarly journals that collected in University Libraries.  Aren’t we past that?  Doesn’t it make more sense to publish on the Internet?  Shouldn’t I be able to go to any University’s web presence and find a page that has every publication any of their researchers has ever made?  Beyond that, shouldn’t the Library of Congress be collecting and making them freely available if any Federal Funding at all went into paying for the research?  Can anyone in this time of Open Source formulate a good argument for why it isn’t in the best interests of education to open up these scholarly papers?

And if we have to pay anything at all, what in the world is the justification for it being the princely sum of $31.50?  How about 99 cents?  The incremental cost of each article is zilch to add to these databases.  Give them to Amazon if the publishers can’t figure out how to do it for less than $31.50.  They won’t have a problem.

Swartz’s biggest problem is he apparently broke into a Walled Garden that should never have been built to start with.  Someone needs to start a movement to shine a light on this and push schools to publish their research in a much more modern way and with a lot less profit motive.  It would be a boon for the advancement of knowledge just to have it all searchable by the public search engines.