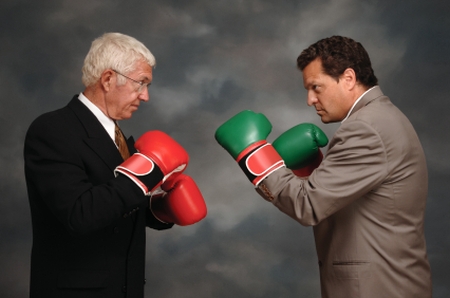 When deciding which IT projects to analyze, I look for distinguishing characteristics such as large size, ability to demonstrate important lessons, and so on.

Oracle’s legal battle with Montclair State University is interesting because many of the issues revolve around working relationships and arrangements between the parties. Oracle’s aggressive defense, which does not provide much detail, is also noteworthy.

The goal of this effort, called the Bell Tower Initiative (BTI), is to help the school:

[I]mprove its planning and budgeting capabilities, maintain better administrative controls over its spending, improve services to its students by making course work, financial aid, and other information more readily available and accessible, improve its human resource systems processing and reporting, improve reporting of information for financial and other decision making, and have a fully enabled web solution that provided for increased productivity for University employees and significant service improvements to students.

The school purchased about $20 million of software, support, and implementation services from Oracle. The lawsuit alleges:

The legal filing claims these Oracle deficiencies significantly delayed the project, increasing the University’s costs by “more than $10,000,000.”

Project Management. Montclair’s legal claim reads like a handbook for project management failure. Some key quotes from the lawsuit show the tone of Montclair’s allegations:

Given the lateness in testing, Oracle recommended that the University conduct the various tests concurrently, a practice that is not supported by Oracle’s own methodologies or any generally-recognized industry standards. Although the University rejected Oracle’s offer as contrary to industry practices and contrary to Oracle’s contractual obligations, the University did perform a test of the software, and the systems integration failed. Despite the failure of the test, Oracle recommended that the University go live, even though security was not ready to be tested and even though there existed major defects in the software applications that were not being corrected by Oracle in a timely manner. Specifically, Oracle failed to prepare a security design strategy.

Montclair’s suit describes how negotiations between the sides broke down completely and Oracle eventually stopped work. Montclair finally decided to abandon the partially completed project and seek another system integrator.

In response to most of Montclair’s allegations, Oracle’s filing (PDF) repeats the mantra, “Defendant denies each and every allegation.”

However, in a striking attack on Montclair’s leadership, Oracle’s response filing states:

Counterclaim Defendant MSU owes Oracle over $5 million for intellectual property and services MSU has already received and yet refuses to pay for, in spite of its clear contractual obligation to do so. Instead of paying Oracle for the work it performed, MSU embarked on a misguided ruse which, unfortunately, is costing the taxpayers of New Jersey millions of dollars and threatens to waste millions more.

Oracle then stakes its turf as a cooperative partner, blaming Montclair’s management for the problems:

When issues arose during the course of the project, it became clear that MSU’s leadership did not adequately understand the technology and the steps necessary to complete the project. Instead of cooperating with Oracle and resolving issues through discussions and collaboration, MSU’s project leadership, motivated by their own agenda and fearful of being blamed for delays, escalated manageable differences into major disputes. At critical points in the project, MSU’s leadership refused to work with Oracle and rebuffed multiple attempts to resolve the issues and complete the project.

MSU’s inability to manage the project created a vacuum for outside consultants to exercise perverse influence over its direction. Indeed, at the point when MSU decided to terminate the contract with Oracle and refused to pay amounts owed, a lawyer from Illinois was, in large part, running the project for MSU, and continued to profit from promoting a dispute with Oracle at taxpayer expense.

Most telling is MSU’s striking admission in its Complaint that, instead of paying Oracle what it owes for the use of the intellectual property which Oracle has already provided, its out-of-state consultants have decided to start the project anew and pay a completely separate vendor yet again for the same work done by Oracle.

Its entire complaint and scorched earth litigation strategy is a pretext designed to blame Oracle for its own leadership failures.

Although Montclair describes specific instances where Oracle made project management errors, the vendor’s explanation is equally plausible. We’ve all seen projects where the customer lacked the skills, experience, or focus required to manage and execute their own project responsibilities.

Most of the accusations reflect alleged incompetence, lack of cooperation, or agendas that redirected attention away from project success; the lawsuit does not suggest the Oracle software itself is an issue. Instead, breakdowns of communication, lack of cooperation between the parties, and inexperienced resources seem to be fundamental issues.

What really happened? Having been involved in many technology-related projects, it’s easy see both sides of the story.

However, Montclair’s filing offers tremendous detail that Oracle attempts to sweep away with broad generalizations. Given Oracle’s size and legal resources, I believe the lack of detail reflects weakness in Oracle’s position.

The legal filings leave unanswered questions. For example, why didn’t Oracle include Montclair resources in schedules, as the suit alleges? Perhaps Oracle did not believe the Montclair folks had sufficient skill to contribute properly, or maybe Oracle just made a mistake in planning. Without uncovering facts around these basic details, it is virtually impossible to distinguish “truth” from legal posturing.

Advice for CIOs and enterprise buyers. Consider three points to help your organization avoid situations like the one described in this post:

Achieving success requires attention to details that many organizations downplay or ignore. These three suggestions can help you create better projects, at lower cost, with higher delivered value than would otherwise be possible.