CRN recently ran a story summarizing a Forrester Research study (sorry, I don’t have the link – hopefully, someone will provide it in the comments) which revealed certain vendor practices which are stirring up resentment among CIOs. There is a lot within this report that our industry needs to take to heart, but there are a few items in there in which CIOs appear to want to have their cake and eat it too. 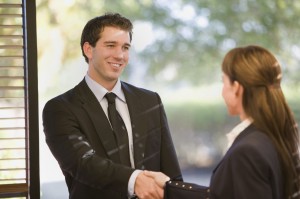 One item is based on a significant difference between how vendors view license fees for marginal users, versus customers viewing those fees (years after the contract is written) based on average price. Let’s eavesdrop on a typical enterprise software sale to see the roots of this later dispute.

“So, I think I will need about 1000 users licensed for your CRM product this year, and then the population will grow by about 500 users next year, 1200 call center agents the year after, and then all international users in year four, which would be around 2500 additional users,” said Carol Cio.

“I don’t know if I’ll still be on this account next year, let alone in four years,” thought Sam Salesguy to himself. “Let’s see if I can move this deal into this quarter.”

“I’ll tell you what,” said Sam Salesguy, this time out loud. “How about if we do all 5200 licenses this year. If you can move that through procurement, I think can get you an additional 40% discount overall, and we’ll phase in the maintenance on those licenses according to your schedule.”

“I don’t know if I’ll still be in this job next year, let alone in four years,” thought Carol Cio to herself, “but getting such a great concession from this vendor will improve my chances, make the CFO happier, make budgeting for the next few years easier, and will leave a little money on the side for us to bring that tablet roll-out for executives into this budget year.”

“Let’s do it,” said Carol to Sam. “I’ll push this through the CFO and procurement, as soon as you get approval from your sales management on the discount.”

Later, Vince Veep said to Sam, “If we can pull in the deal this year, we can do the increased discount because we’ll have reduced costs of administering contracts, we’ll be sharing the risk with the customer, and because you and I will both be getting paid more for the deal.” Vince thought to himself, “Of course this is what the company wants, because that’s how they write our comp plans. If they wanted something else, they would compensate us differently. And it totally makes sense to share the risk with the customer, taking less money overall in exchange for a contractual commitment now by the customer. If the customer only wanted 1200 licenses now, they would pay more now for those licenses per user, and they would also pay more later for the other 4000 users. I would never offer this discount if the customer wanted an “out” clause, because then there is no shared risk. In fact, my friend Ed Economist would point out that the marginal price for the last 4000 users is lower than the unit price for the first 1200, so of course the maintenance price for those 4000 users is also lower. If the customer ever wanted to negotiate a cancellation of those last 4000 users, we’d have to go back to the higher price, plus we’d have to somehow be compensated for the commissions we already gave out and can’t get back, plus also get compensated for the extra costs we have in contract administration and perhaps other areas of the company.”

To the sales rep, the marginal utility of a deal in the future, when he may not have this account any more, is close to zero, so he would like to pull the largest check possible into this quarter, regardless of the interest of the vendor. The vendor’s interest is enforced by a contracts and discount policies process, ensuring that the sales rep doesn’t give away the farm, and that the customer gets a reasonable discount for taking on the risk of acquiring additional licenses.

Obviously, in this short blog post, I’m oversimplifying a lot of things, and I’m not trying to fully represent the buyer’s point of view, since that is widely covered elsewhere (e.g. at Constellation Research Group). I just want to communicate why it might be worthwhile to think about the marginal, rather than the average, price when thinking about license returns or exchanges. After all, understanding how your vendor is thinking might help you to better negotiate the best possible outcome for you and your enterprise.

3 responses to “How vendors think about licenses: marginal price”