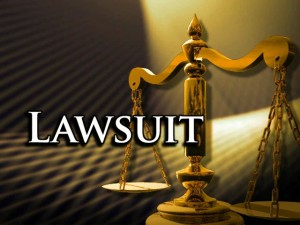 Earlier this week, the signature — digital signature, to be more specific — world saw the greatest excitement seen since John Hancock put his infamous pen and ink to the Declaration of Independence. In a matter of days, Adobe announced it acquired EchoSign, a digital signature provider, for an undisclosed sum. Just a day later, RPost, an EchoSign competitor, turned around and filed a patent infringement suit against Adobe based on their alleged infringement of RPost’s patents through their EchoSign buy-out. As most in the procurement sector know, contract management is not supposed to be this interesting. And digital signatures, an embedded component within many contract management capabilities, is an even more sleepy — yet important — area.
As backdrop, Spend Matters has not covered EchoSign or Rpost in any level of depth over the years because we view digital signatures as a feature of a module (contract management) that we don’t give as much attention to as we should on a more macro level. However, both EchoSign and Rpost have kept us up to date over the years, and Zafar Kahn, Rpost’s CEO, gave us an extremely detailed and helpful briefing a couple of years back (more on this in a minute). It’s our view (based on looking at technologies that from the limited view of buy-side contract management) that both EchoSign and Rpost provide solid solutions for digital signatures from a contract management perspective.

I’ve also used both companies in a commercial context before to sign for our business, and I can say both work with ease. Most recently, SAP has embedded EchoSign in their contract management capability (others have as well). But Rpost would have been a fair substitute without question. In the coming weeks, I’ll explain a bit more about how these solutions work in practice (including the “signing” of registered email with Rpost and how these solutions work as a component of contract management capabilities).

But today, to help sort through the complexity of this lawsuit following the acquisition, I decided to consult two corporate attorneys (one of whom is a patent counsel) with perspective on similar situations, although without interest in this particular case. I also came across this story from the WSJ blogsthat suggests “RPost had been discussing ‘a collaborative product alliance’ with Adobe when the company turned around and acquired EchoSign, which RPost had been planning to sue.” Zafar Kahn is quoted in the post as noting “We did not anticipate Adobe’s acquisition of EchoSign…Since they chose to acquire the technology that we deemed to infringe, we included Adobe in the suit.”

One attorney I spoke to suggested the ultimate outcome should be no surprise to those involved in patent litigation: “It depends on how problematic the patents are for EchoSign and whether Adobe can make changes to EchoSign’s technology in a way that designs around the claims in the patent,” she notes. “Adobe is certainly a sophisticated technology company, so I would expect them to fully evaluate the patents and determine whether there are any weaknesses in RPost’s claims of infringement or whether the patents themselves can be challenged.”

The other attorney I consulted has deep expertise in the tech patent area. He told Spend Matters that he felt this was an odd case. “What is strange is that you normally don’t want to pick a fight with a well-funded opponent. Adobe probably has patents they could assert as well given their portfolio. Usually you want to pick a fight with someone who is weaker. Adobe has unlimited funds to fight this. There are some strange angles. The key is understanding motivations.” Regardless, he notes, Adobe will have “a compelling interest to come to an agreement based on their potential exposure. But the question is why didn’t RPost come after the company before instead of now? Is it because they [EchoSign] did not have money to pay out a settlement before?”

He adds, “another interesting dimension to the case is that it was filed in the Eastern District of TX, which is widely regarded as being favorable to small patent owners against large corporations. As a consequence, a lot of patent cases are brought there by contingent fee patent firms and patent holding companies (entities that merely own patents and don’t provide products or services). It appears to be a strategic decision for Rpost to bring this case there because of its reputation for favorable verdicts and large damages awards.”

The case really begins to look a bit odd in whether Rpost should have waited for Adobe’s exposure to build it. In patent infringement cases, “a reasonability royalty is a baseline for damages” and in this case, “they have not really increased the risk exposure yet. If we assume EchoSign is a $20MM company today, the exposure would be much greater if Adobe can take it to $250MM. So why didn’t Rpost wait? Or file earlier, for that matter?”

My source continues: “The only reason I can infer from this is whatever Adobe paid for it, the plaintiffs believe that they are going to be willing to pay some corresponding amount to insure they can leverage the IP…this is the only thing that makes sense. Given the technology gained from the acquisition may be in jeopardy, the question is how much they might pay to mitigate the risk as part of a post-acquisition cost.”

Yet it’s all but impossible that RPost’s attorneys were able to research this case in 24 hours, my contact suggests, which goes along with what Kahn noted in the quote he provided to The Journal’s blog, All Things Digital. Rule 11 of the Federal Rules of Civil Procedures forces attorneys to do their homework first. As Wikipedia notes, “Rule 11 requires all papers to be signed by the attorney (if party is represented). It also provides for sanctions against the attorney or client for harassment, frivolous arguments, or a lack of factual investigation.”

Given this, it’s almost certain RPost had done their analysis of EchoSign ahead of time. And potentially, what then happened would have “been done out of concern over the increasing scale Adobe could bring [to EchoSign], which could potentially flush Rpost out of the market.” At this stage, for some tech companies, the “only weapon left is a patent portfolio” becaus Adobe has such control over desktop and enterprise document standards. After all, in this case, “if the capability to digitally sign a PDF document is embedded in applications and web services, everyone will do it, if Adobe becomes the standard,” my tech savvy lawyer source suggests. Perhaps, my contact adds, “if Adobe can make digital signing ubiquitous, it’s a killer combination of capabilities. Which leads me to suggest maybe they should just buy both of them.”

This, of course, would provide less choice for contract management vendors (and procurement organizations) looking to leverage digital signatures and the digital signing/authentication of corporate mail, but then again, perhaps an Adobe-driven standard might be worth the cost if such a capability were to become universal in contracting and supplier management. Still, in the meantime, we have the subject of an acquisition and patent infringement suit to deal with. Stay tuned for continuing coverage.