Sage Summit 2011: CRM at a Crossroads

I’ve known Sage since before they were Sage so to speak. I was a SalesLogix Technology Partner back in ‘99 – in other words when men were men and cocktails were hooch (I don’t know what that means.).  When it comes to CRM, they are, without a doubt, one of the most enigmatic companies I’ve ever seen.

They have a large number of positives:

All of these would seem to indicate that they can dominate the small business, lower mid-market space. They have 3.6 million users for what they call their CRM products – though mostly ACT! (2.8 million), which, while much closer to CRM – at least at the level of sales force automation (SFA) than it has been in past years – still falls (to me at least) under the aegis of sophisticated contact management – the best out there – but not CRM.  The SageCRM and SalesLogix base is the remaining 800,000 users which, while, by no means, a small number, is not as dominant a number as it could be.

And there are reasons for this, which were apparent at the recent Sage Summit 2011. CRM seems to be an afterthought to this $2.2 billion company – which is heavily focused on its accounting products.  And, rather than doing what a large proportion of their competitors are doing, which is recognizing the value of CRM as both the driver of innovation inside the world of enterprise applications and a serious revenue producer worth investing in, it gets treated as a second or third class citizen in a company awash with backend products. And the revenues, which, I hear, are the determinant of how much attention you get inside the company, become self-fulfilling prophecy.  Not a lot of vision there, I’m afraid.

Yet, the evidence of the innovation is actually in their faces.  For example, one of their key strategic initiatives, aside from a rebranding effort that I’ll get to in a moment, is the addition of a large amount of connected services – third party business services that are integrated as add-ins to the core applications/services that are being offered to begin with. The very first Connected Service (their capitalization) that they offered was in ACT! 2010 Premium. It was Swift’s e-marketing service.  Now, we can debate the value of a traditional marketing (email marketing for the most part) service as a value add – I think it has significant value though it needs to evolve – but the idea of an easily available add-in service that was integrated with ACT! and could be had for an extra fee – was too good to pass up.

Apparently, the buying public thought so to. At this conference, Sage announced that e-marketing (though Swift’s name wasn’t mentioned for some reason) was going to be offered as a Connected Service across all CRM applications. Additionally, they were going to offer mobile connected services, business information for ACT! and soon, Advanced Analytics for SalesLogix.  Among the myriad of others being offered for accounting and payment services.

The driver of Connected Services?  Swift e-marketing for ACT!.

Additionally, of the 5 Online Business Solutions, two of them were CRM, with the others being ERP, one  healthcare specific and payments.

In other words, CRM leads the way.

Yet, there was nary a mention of CRM during the keynotes done by senior management at the conference.

Okay, granted, this is my bias and I’m sticking to it. But this is a company with a history of CRM products that actually deliver value to small and midsized businesses; that have been cutting edge innovators in that area and even run a highly successful model community with the ACT! Community – meaning social success too. 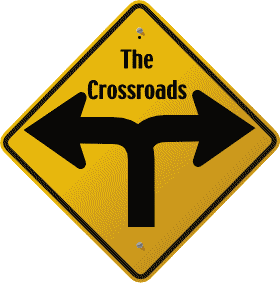 So what do they spend their time on, you might ask?

Rebranding. For better and worse.

Pascal Houilon, the new CEO of Sage (internationally) spent a considerable amount of time discussing a rebranding strategy due to the “weakness” of the brand in the United States.  The idea is that while their is strong product identification e.g. with ACT! for example, there is little identification with Sage, which, the logic goes, doesn’t really promote the rest of the product line or the idea of using other Sage products with existing Sage products. So if you have SalesLogix, you might still not particularly want Peachtree. Or vice versa. Maybe you get Quickbooks Pro with SalesLogix or salesforce.com with Peachtree – or….

Which all may be true. But is it that vital? Perhaps. Salesforce.com is recognized as salesforce.com, not SalesCloud 2 or ServiceCloud 2 or even Force.com. The products are seen as part of the company portfolio. To a large extent in the U.S. that’s NOT the case with Sage. I’ve even seen SageCRM.com and SalesLogix CRM made competitive with each other by the same partner in the same presentation on a deal. Which, logic dictates, with a single company brand being the driver, would simply been seen as two products in a company portfolio of choices.  Not competitive with each other.

The rebranding has a certain efficacy about it. However, the rebranding nomenclature is something that only an accountant or cyborg would love. The idea would be to name Sage products with following numbers as they are now doing in Europe. So instead of Sage ACT! 2011 which is what the product is now (having added Sage in front of all their products a couple of years ago), it would be Sage CRM 100 (or as I suggested and Denis Pombriant noted Sage CRM 101 maybe?) and SalesLogix would become Sage CRM 300 or something like that – about as colorless an approach to rebranding as I have ever heard. Plus all the brand equity built up in the past whatever years the products have been around will likely be lost or minimally dramatically diminished. Plus this will cost the partners a bloody fortune in how they are going to have to support the rebranding, though, to their credit, if I know Sage, I know they will support their partners strongly in the effort.

I think that Sage needs to think through how they are going to do the rebranding, since no matter what I say or other industry commentators say, they are going to proceed with it.  (For a way to view it that I wholeheartedly support, check out Denis Pombriant here on the effort)

But the other issue that I think they have to address companywide is their treatment of CRM, which I think is just dead wrong. CRM is a driving influence on enterprise applications. it is also often where the company vision is triggered into reality. It is also one of the service/application areas that sells well in a recession. The industry didn’t suffer during the last round from 2008-2010 much at all. In fact, it grew.

However, Sage, which could be the market leader, weak brand or not, for CRM for the SMB, with some effort and attention paid by the grande corp. has to stop treating it as a third rate part of the company.  Not only is this wrong and, when it comes to sales, is self-fulfilling prophecy, but shows a lack of vision, that for a company that understands its market (Sage does), remains focused on its market (Sage does) and has genuinely good quality CRM applications and services with some smart ideas on where it needs to be (Sage does), is appalling.

To round this out on a couple of much happier notes, I want to briefly reference a couple of unrelated things, one of which I discovered to my delight at the Sage Summit and one which I’ve known a long time as have many of my industry mates.

The discovery was the work that Sage is doing in non-profit – both as a solutions provider and as corporate donor.  They are impressive and heartwarming to the point of heart heating, respectively.

As far as the software goes, one thing to keep in mind is that non-profits as a rule are generally small to midsized businesses to begin with. There are exceptions like Red Cross, but the vast majority fall right into the Sage sweet spot. They offer multiple applications to handle the specialized needs of their non-profit customers that cover fundraising (Sage Fundraising 50 to Sage Millennium) to grant management (Sage Grant Management) and even compliance, since non-profits are regulated heavily due to their tax status.

But as comprehensive as their offerings are, even more refreshing and moving is their participation in supporting those in need in some way.  They shine in particular in one area though they are participating in multiple philanthropic and charitable efforts. That areas is emergency response management or disaster management. Where there are catastrophic events, you often find Sage making efforts to support and help rebuild the infrastructure necessary to manage those crises – something fundamentally critical to saving lives in extreme situations. Katrina, Haiti and many of the other notable crises but also multiple other emergencies, you’ll find Sage donating software/money whatever they have to so that they response organizations can support the relief efforts in a way that works.  I can’t tell you how important that is. It is the backbone of relief efforts. Without infrastructure working well, the people affected may well not survive. Minimally, poor emergency infrastructure means slower rebuilding. Minimally. At a maximum, poor infrastructure means deaths. I can only wish for myself the passion and commitment I saw from the Sage NonProfit folks (particularly Krista Endsley and Heather Burton) to this remarkable effort. I’ll be doing a comprehensive post on philanthropy, care and CRM in the near future where I’ll be more detailed.

On the other side of this, I want to extend a long overdue thanks and props to Ryan Zuk, who is Sage’s Public Relations/Analyst Relations person in CRM. Ryan, and I know I can safely speak for my colleagues who know him, is one of the not just the good ones, but actually, one of the great ones.  He has been unfailingly diligent in making sure that we are aware of what Sage is doing in CRM, despite the company’s treatment of CRM and thus saved the company as often from ignominy as he has been able to boost the company for its achievements. He does it in a way that is unfailingly mindful of the time of those he speaks to and at the same time knows what he has to do on behalf of his company. He doesn’t push his personal agendas in front of his employers as some do. He makes sure that we have what we need when we need it and follows up. He is a quiet peer of all of us, who think the world of this guy. A lot of the less experienced PR and AR people a.k.a. influencer relations people who create more problems than they solve, could learn boatloads from Ryan.  I just wanted to say thanks for all the years that you’ve been doing this (”all the years” doesn’t mean that he’s old, BTW. He hasn’t even cracked 40 yet).

I’m worried about CRM at Sage. Not because I think its going away there. Nor do I think that they will even cut back. But the overall lack of vision around it, unlike the vast majority of its competitors who produce suites etc. concerns me, because they actually have products that can serve the marketplace. I just think that it can be done a lot better than they are doing it. And I don’t blame the CRM team for this. They are fine. I think corporate needs to rejigger its thinking. Period.