There Will Be No Files, No PC’s, No SQL, No Datacenters, and No Money Soon 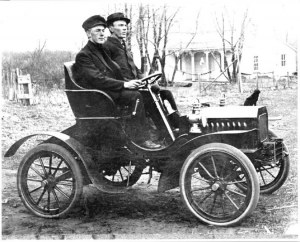 Fred Wilson says there will be no files in the Cloud.  Somebody, somewhere must be itching to write that the growth in mobile surely indicates there will eventually be no PC’s.  And the big trend to mobile payment, complete with carrots and sticks from companies like Visa must also indicate that money itself will be short lived.  Certainly the current economy has managed to destroy quite a lot of it, though we seem equally as adept at inflating bubbles and debt that manufacture more money seemingly from nowhere.  The NoSQL gang would like to eliminate SQL for most applications, and if that’s too scary, the NewSQL gang would still like you to give up your Old School Databases.  The Cloud Brigade feels you should mothball that datacenter–it’s sadly out of date and no longer needed with Cloud Computing in full swing.

Welcome to the siren song of early adoption.  Any time the new new thing promises that there will be none of the old thing left soon, the truth is, they’re pretty nearly always wrong.  Heck, we still have mainframes and COBOL running around.  Files, PC’s, and Money are in no danger of disappearing any time soon nor is Oracle, MySQL or SQL Server.  As good as the alternatives may seem, they don’t solve all the problems well enough to truly eradicate their older competitors.  It’s very rare that a total paradigm change can solve all the problems of what came before. Certainly very few will do as good a job as say the transistor did to the tube (and look how long that one took).  VC’s like to say they overestimate where technology will be in 3 years and underestimate where it will be in 10 years, but that’s still too optimistic.  What they really mean to say is the technology won’t change enough in 3 years to transform their investment’s value, but it will change more than enough in 10 years to make them a whole lot of money.  That’s different from wiping out the incumbents.  Yet the Western Mind craves black and white certainty.  We’re uncomfortable with grays and we love combative analogies.

That the world is not black and white shouldn’t be a revelation.  You must have suspected it.  Evolution itself isn’t so much about the survival of the fittest as it is about establishing a vast rainbow palette where the are many different ways to be successful to greater or lesser degrees.  We admire the lion, great white shark, and other members at the top of the food chain.  But there are many more antelope, seals, and others that feed the top of that food chain.  It’s a pyramid after all, so who can say that the bottom of the pyramid isn’t the more successful niche?  It certainly is when measured by number of individuals or tons of biomass.  It has to be for the higher levels to survive.

Google was founded in 1998 and their IPO was in 2004, 6 years later.  There’s that less than 10 year figure that’s enough to make the VC’s wealthy.  But wait, Google wasn’t first, or even second generation search–it was third gen at least.  We had Alta Vista launched in 1995, three years before Google was founded.  When Alta Vista launched, it still wasn’t the first generation, search engines weren’t new, and most people were using them.  It takes long time for one of these visions of ubiquity and dominance to play out.  Much more than 10 years, and there is room for multiple generations of fortunes to be made.  First Visicalc, then Lotus 123, finally Excel, and perhaps eventually some spreadsheet software that lives in the Cloud and without files.  The more mature the thing is that is being replaced, and the less the differential advantage of the new new thing, the longer it will take.  The Altair 8800 personal computer was heard from in 1975 while I was in High School.  We got the Apple II in 1977, and the Apple II and CP/M computers duked it out until the IBM PC launched in 1981, 6 years after the Altair.  But we didn’t get a “real” PC capable of transforming the business markets and performing as more than a toy until 1983 when IBM stuck a hard disk on the PC and called it the PC XT.  That’s now 8 years after the Altair and we’re just beginning to introduce real power for business to drive the economics that really fuel the personal computing revolution.

So, the next time you’re trying to make an important decision about whether to abandon the conventional wisdom for the new new thing, ask yourself when the clock started on that new new thing.  When did the clock start on being able to get by without files?  Has it started yet?  What about NoSQL?  That clock has started for sure.  Add 10 years to when the clock starts.  That’s the date when you’re probably hurting yourself by not switching, assuming the new new thing is as good as its cracked up to be.  That doesn’t mean you can’t gain some advantage sooner by being an early adopter, that’s just to say you have time before it becomes an outright negative not to get on the bandwagon.  Certainly that’s been the case for world changers like PC’s and the Internet.  You probably have a lot longer for things of much less import.  In all these cases there’s plenty of time for the upstart to prove it has real benefits.  There is no urgency to buy on hype–that’s an emotional decision.

If you’re a VC like Fred Wilson, or an entrepreneur, you have less time, but perhaps more than you’d think.  Remember, Google wasn’t the first generation and each generation had 3 years or so before the next one showed up.  You have to time the wave properly, but there will be more than one set.  Get up on your board when the next one comes and surf on.  If you’re a CIO, your Innovation Clock needs to keep time differently.  Now you have a better scale to help decide whether you’re too early or too late.