Enterprise Mobility and the Talent War 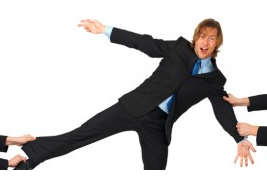 Apple’s leader of iOS development Scott Forstall, in on record saying its App Store, has “created the best economy in software in the history of the planet”

Before you call him immodest, let’s put things in perspective. When IBM introduced the AS/400 in 1988 its partners “announced more than 1,000 software packages in the biggest simultaneous applications announcement in computer history.” The AS/400 ended up being a wildly successful platform for IBM.

Apple’s App Store, in contrast, has over 400 times the number of applications, so Scott does have a point. Now if you want to nitpick, you can point to juvenile apps like the Brostcahe app you may have seen in the Geico commercial which asks ““Do people use smartphones to do dumb things?”

On the other hand, I interviewed for my next book, Gerlinde Gniewosz, whose firm Zuztertu has built a wide variety of cerebral applications for the App Store including “Pollock’s Toy Theatre”. Benjamin Pollock was a famous printer of toy theatres in London at the turn of the 20th century.

But whether the app grabs your attention or not, her background should.

She has experience at Yahoo! (the Web company), Orange (the European telecommunications company), and McKinsey & Co. (the strategy firm). She has an MBA from Harvard Business School. She was born and educated in Australia, went to business school in the United States, has worked in Germany and the United Kingdom, and has traveled the world.

What in the world is she doing in the Apple ecosystem?

Or move over to the Android ecosystem, which trails Apple, but in just a couple of years has grown to over 200,000 applications and users have downloaded almost 5 billion copies.

I also interviewed Charlie Wood of Spanning Sync for the book. His firm has racked up tens of thousands of customers in 58 countries as part of the Google ecosystem.

Dennis Howlett raises some interesting questions about the mobile enterprise here. But a far bigger question is that of talent.

How do you get folks like Gerlinde and Charlie interested in working for your platform? How do you get younger developers to not see stars when they read what Scott says or when they watch Hugo Barra, Product Management Director of Google Android on Youtube?

Why should they go work for IBM or SAP when Apple allows them to keep 70% of the revenues and pays for marketing, credit card fees and gives them the thrill to be part of the “best economy in software in the history of the planet”. Or at just as an attractive one at Google?