My 2008 Ideas for LinkedIn Are Still Good: Maybe Google+ Will Do Them. 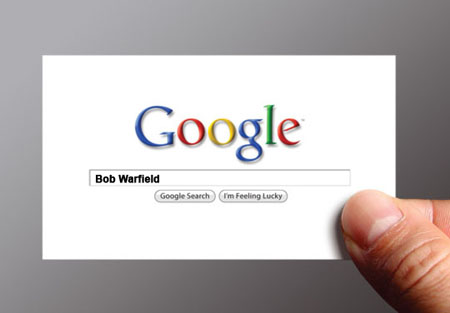 I got to thinking about LinkedIn this morning largely because I was annoyed with them.

I received a request to link from someone this morning.  The name was vaguely familiar–about the level of friend of a friend sort of familiar.  So I went to their profile to try to figure out who it was and whether I wanted to link.  I don’t just link everyone, I only link people I have some legitimate relationship with.

So, clicking over to the profile, I get to see their current job and that’s about it.  If I would like the privilege of actually trying to understand how this person knows me, whether through shared contacts or prior work history, I’m out of luck.  I have to pay LinkedIn money to do that.  That strikes me as completely ridiculous.  It’s one thing if they want to restrict my access during random searching, but this person identified me to LinkedIn and they forwarded the request to me.  I am adding value to their network effect if I accept the invitation.  Basically, I was minding my own business and these two entities, the inviter and LinkedIn want me to agree to something.  What I can’t fathom is how that is a reasonable time to be reaching into my pocket?

As I remarked over on a Google+ conversation about it with Sameer Patel, when you have a Greater Fool Theory Valuation (as LinkedIn does), you have to get some pretty unreasonable profits before the poker players start looking around the table and realizing they’re the marks.  They haven’t acted on much of it, and the suggestions are still good today.  Whenever a company decides the road to profitability is to start charging for what they used to give away, indeed for what made them great, it always makes me wonder about that company.  It often indicates they were either tragically wrong to start with, but if they kept it free as long as LinkedIn has, you have to drop that theory.  That leads to, “We knew this was not sustainable, but we wanted to suck as many of you in as we could.”  Fellas, that’s not nice.  Karma being what it is, that makes companies vulnerable to disruption because they obviously can’t innovate very quickly (quickly enough to think of new things to charge for so they can leave the old things free) and they’re have a cadre of annoyed users who are starting to feel cheated for having supported the company to where it is today.

Speaking of innovation, I got to wondering about a post I did way back in 2008 where I recommended 10 things they should do to step up their game.  It’s a real pity they didn’t act on the list.  Consider the first two items on it:

1. Build, Buy, or Partner with Xobni and Nail Down the Outlook Connection

For those that don’t know, Xobni is the intersection of email, Social, and LinkedIn-like networking.  The dynamics of what I had in mind are exactly how Google+’s integration with GMail has played out.  I think it is a huge part of their meteoric rise.  Why other strong email companies like Microsoft or Yahoo don’t take more advantage of this stuff is beyond me.

2. Start a Coffeehouse with WebEx to Foster More Interaction between LinkedIn’s Members

Doesn’t a rich media coffeehouse sound like Google+’s Hangout feature?  Now I just wish Hangouts were more like WebEx.  It’d be awesome to be able to do demos in a Hangout and switch back and forth between video conferencing and playing back your screen.

After I saw those two standouts, and finished going over the rest of the suggestions, it dawned on me:  Google+ can easily take over for LinkedIn.  Why not?

–  They’re well on their way to having LinkedIn style profiles that are resume like.

–  They’ve demonstrated they do a great job connecting people.

–  They can monetize without all these nickel and dime charges LinkedIn wants to levy.  LinkedIn has to do that, BTW, because their engagement levels are too low to live on advertising alone.  I recently saw an article that says ads only work when you have 100x the traffic you need to make the revenue by charging.  Sorry I didn’t save the link.

Here’s hoping G+ will take on some of this and disrupt LinkedIn.

One response to “My 2008 Ideas for LinkedIn Are Still Good: Maybe Google+ Will Do Them.”