Free Speech and the Internet 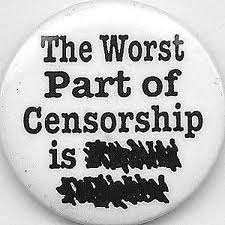 I’m a tech analyst and blogger, not a political commentator, so I usually keep my own political beliefs and agenda to myself. The events of the last week though, have really set me on edge with respect to the Internet and free speech. I’ve watched for a great many years as free speech has been slowly attacked and eroded and as governments increasingly encroached on the open Internet as they struggle with the social web and the new voice that it has amplified. 9/11, a horrible time in this country’s history, has unfortunately been used to justify a slow and continuous progression of measures that, in and of themselves, seem fairly benign, but, taken in total, have already given far too many powers to enforcement agencies without requisite oversight and controls. It’s a funny thing about change; large, massive changes are obvious and people can and do choose sides and fight for what they believe. But small, slow, incremental changes often go unnoticed until they have gone so far that it’s too late to object.

The social web has had and is having a dramatic impact on people everywhere. Web 2.0 tools have changed the way we communicate and the way we create and disseminate news and information. Traditional media channels are being disintermediated by these new tools and channels and the citizen journalist brings us closer to the scene of events than we’ve ever been able to go. We’ve seen these powerful tools used in creative new ways to help dissidents more effectively fight against oppression and let the world know what governments want to hide. These coverage of these events and the use of the social web to counteract oppression was applauded by democratic societies everywhere. When autocratic regimes have tried to shut down the free use of the Internet to control dissidents they have garnered the worlds loud criticism from both private citizens and from governments. You could feel the outrage online and it felt great!

This past week though, a couple of events happened that for me, really show that the threat to free speech and the open Internet does not just come from these oppressive autocratic regimes, but also our own democratic governments. As I said, we’ve already seen many small, incremental erosions of freedom online over the last 10+ years under the guise of the fight against terrorism. Not to minimize the threat, certainly terrorism and it’s threat to free society is real and presents a great danger to us, but, does that threat justify relinquishing free speech and the open Internet; for me, no.

The first event grew out of the horrible riots in the UK that have raged all through last week, On the one had I was intrigued by the creative use of the Internet and the social web by citizens and police to identify many of the criminals that were involved in the riots. Facial recognition technology coupled with videos collected covering the riots were used to discover the identities by correlating with the social web. Unfortunately the rioters were also finding uses for the Internet and mobile technology like RIM’s Blackberry Messenger. The tools and the process of communicating on the Internet have wide spread adoption so it’s no surprise that criminals also use them. What was a surprise was the reaction by British Government officials who called out to eliminate / restrict the communication channels to help fight the riots. How is this different from the actions of the Chinese or Egyptian governments that we so loudly condemned? This Wall Street Journal article does a much better job of pointing out the dangers of this type of action than I could. All I can say is that the world is watching and a precedent like this would be difficult to overturn.

The second event this week is closer to home. It seems that in San Francisco the BART authority decided to try and prevent a demonstration by cutting cellular coverage to several of it’s stations. The demonstration, which was related to a BART officer shooting of a transient man recently, did not materialize so perhaps the measures worked but at what cost? The disruption of service, which apparently was done without the knowledge of the major cellular networks and included access to 911 emergency calls, was seen as a direct violation of the rights of free speech for BART commuters as well as a safety concern by free speech advocates. Here are a couple of articles that talk more about this (find them here and here).  By the way, this is apparently the first documented case of a public agency in the US disrupting electronic communications to keep protesters from organizing a protest.

The Internet and the social web have created exciting new ways to communicate and disseminate information in a hyper-connected global environment. They open up all sorts of possibilities for individuals and for business and are the catalyst for much positive change. This can only continue if the Internet remains open and free. There are many regimes that do not want open communication and free speech, they cannot justify their methods with such transparency. We cannot allow our own governments to give these regimes reason to continue their oppressive policies by enacting policies that look very much the same as the policies we so despise. Small erosions of freedom over time equate to large losses when taken in aggregate…