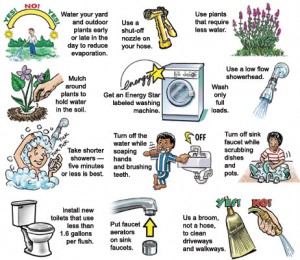 After I finish preparations for my master class at HR Florida 2011, I’ll be putting the final touches on my schedule for the 14th annual HR Technology Conference and making preparations for the two sessions I’ll be doing there. From the time we arrive in Las Vegas late Saturday afternoon (yes, The Wallace will be with me), until we leave on Thursday in order to spend Yom Kippur in Fort Myers, it will be non-stop vendor meetings, exhibition hall booth visiting (I make a valiant effort each year to stop at everything single booth, but the show has gotten so large that this just isn’t possible so please don’t be offended if I don’t make it to your booth — no disrespect intended), session attending, session delivery (I’m doing the Great Debate with Jason Avebook on Tuesday morning and then an “ask the expert” session that afternoon), intense but wonderful hallway exchanges, time with valued colleagues and long-standing industry friends, an occasional meal and more than an occasional drink, tweetups and meetups and Googly hangouts, our annual Brazen Hussies gathering, and more. I’ll have just celebrated my 66th birthday (it’s 9/24 in case you want to send flowers) and will still be basking in the afterglow of another year well-lived.
As I’m making my own preparations, I thought you might enjoy a few tips from my personal list.  Like all good twitterstreams, this one should be read from the bottom up:
#HRTechConf tip #10:  Get #HRTechConf 2012 on your calendar/in your budget now. 10/8 to 10/10/2012 returning to Chicago.  Yes, I assume they know that 10/8/2012 is Columbus Day but for once we won’t be cramming ten days of activity into five days in order to work in the conference between Rosh Hashanah and Yom Kippur.  Yeah!

#HRTechConf tip #9:  Talk, talk, talk and listen, listen, listen because sharing questions, ideas and experiences with colleagues is the point.  Bring your list of the folks you follow most on Twitter and make it a point to meet them.

#HRTechConf tip #8:  Bring a swag carrier if you’re flying in or plan to carry your #Monster home in your lap.  Ron can’t imagine coming home from #HRTechConf without a new monster, and who’s going to tell him that we’re overrun with them here at HQ?

#HRTechConf tip #7:  Leave room in your schedule for serendipity and for nature breaks — well at least nature breaks.  I’ve met some amazing women during those breaks; can’t speak for what goes on with the guys.

#HRTechConf tip #6:  Attend as many sessions as possible. I do because they’re excellent, and there’s NO sales crap allowed.  Woe be it unto any vendor who tries to slip a sales pitch into their session because the Kutik has both a loud gong and one of those long sticks with the curved ends they used in vaudeville to pull bad acts off the stage.

#HRTechConf tip #5:  Don’t try to attend > 3 vendor parties on Monday night.  Save yourself for the Great Debate on Tuesdsay morning.  I hate missing all those great parties and must just hope for the year that my sessions will be on the first day so that I can do a party crawl.

#HRTechConf tip #4:  Go online now http://www.hrtechnologyconference.com/agenda.html and plan your conference.  With what vendors do you want to plan for extended demos?  Make those appointments now.  With what attendees with whom you share specific issues/vendors/industry concerns/etc. do you want to meet?  Do that outreach and arrange that meeting now.  Pick your sessions and, because there are too many good ones for just one person, find a buddy with whom you can divide and conquer.

#HRTechConf tip #3:  Carry a water bottle and refill it every chance you get.  Convention center climates are designed to dessicate, and they never have enough refreshment stations.  I could suggest that you bring a flask, but there’s no shortage of booze outlets in Vegas.

#HRTechConf tip #2:  Wear your most comfortable walking shoes.  There will be few places to sit except in sessions and long convention center distances.  Yes, I know that my younger female colleagues will want to show off those Manolo platform spikes — the latest in fashionista circles — and I don’t blame you, but be sure you’ve got a suitable designed male colleague at the ready to carry you after the first hour.

#HRTechConf tip #1:  For vendors of greatest interest, do your homework in advance so that booth time is hands-on demo time.  And be sure to spend time on the floor checking out some of the newer/smaller vendors.  There’s a ton of innovation going on in our industry, and it isn’t always on offer at the flashiest booths.

#HRTechConf bonus tip:  This is where I had planned to suggest that you read my entire blog, from 11/9/2009 forward, but that seemed really pushy.  Instead, just read those posts that are relevant to your purpose in Las Vegas.  As a hint, there are no posts on how to avoid the working boys and girls, but there’s a lot on how to look under the covers of HRM software that may be of interest.

And now for an announcement.  You’ll notice there’s a new badge on my blog’s right side to indicate that we’re being syndicated by www.hrtechcentral.com  along with content from some other great blogs.  You can also follow this aggregator on Twitter @hrtechcentral to learn when there’s new material at that Web site.

I’ll look forward to seeing you in Vegas.