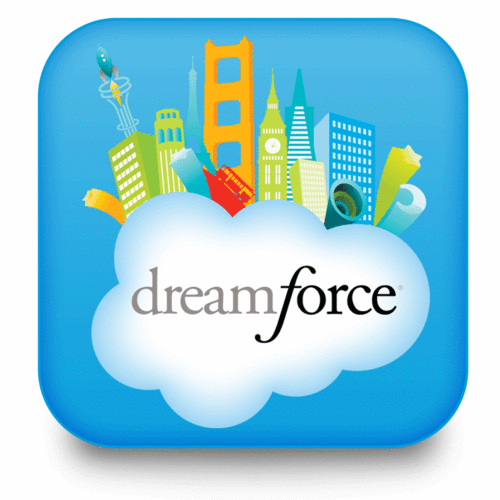 People keep calling me to ask what Salesforce is going to announce and Dreamforce.  My standard answer is, how would I know?  I get briefings like a lot of analysts but in a situation like this you usually have to promise to hold the news until the company makes its announcements.  This is not new or unique to Salesforce, every vendor does this and I am happy to comply.  But this is being written before my briefing so please do not think I am simply being coy.  I am guessing here, based on my experience following the company.

My conjecture about what Salesforce is likely to announce is usually generally right and often underestimates what the company can do.  Now that it has a two billion dollar run rate and the resources that such revenue implies, Salesforce can do a lot of development and make a lot of announcements.  Add to that the company’s hard-core belief in delighting its customers and you can see that there’s always a lot to do but it’s easy to guess wrong.

But generally, Salesforce has a number of product lines and it is not one to miss the opportunity to make an announcement in each area.  Also Dreamforce is where they tell you about the whole year ahead and they use subsequent events to deliver against the promises made at Dreamforce — another reason to cover all the bases.  So, let’s look at the product lines and read some tea leaves.

Sales Cloud and Service Cloud have both been dipped in the social secret sauce over the last couple of years and I see nothing slowing in the social arena.  So look for more social in each product line.  Perhaps some news about social and Chatter would make sense.  There was also some talk earlier this year about a Marketing Cloud and no one I know at Salesforce did much to discourage that line of thought so I look for some kind of marketing announcement.  It would be a strange announcement though since Salesforce holds its marketing partners in high esteem and would be disinclined to look like it was being competitive with them.

Also, Chatter is now a default part of the baseline product with over one hundred thousand companies using it or at least having access.  It would surprise me if they didn’t make some announcement about making Chatter more elaborate.  How that happens is a guess because it seems like they’ve rolled it out to everyone inside the organization who might be able to use it.  It would behoove them to find a way to sell more seats though because the Street is already wondering when they’ll get to $3 billion and every seat helps.

Salesforce also has a big development suite that includes the Force.com platform, database.com (introduced last year) and Heroku for building Web apps.  There’s also the VMForce product for moving Java applications into Force.com.  That’s a lot of development capability and it represents one of the biggest growth opportunities for Salesforce so I would expect multiple announcements around the development suites.  It’s a wild guess but this might be the Dreamforce that gets dominated by development.  Maybe.  I would expect that before that happened that Salesforce would break off a separate show just for developers.  I don’t think we’re there yet though.

Beyond the pure product announcements I am sure Marc will probably have a few comments about the foundation or the children’s hospital or the new headquarters campus.  Maybe they’ll have some architectural drawings, that would be nice.  Then there’s Metalica and all the entertainment that’s planned.  But this is a digression of sorts.

There are also multiple user group meetings going on early in the week as AppExchange partners take advantage of the location and the customer traffic to bring their users together.  Zuora and Cloud9 have told me they are holding events and I am sure there are others.  Perhaps that’s why Dreamforce starts in the middle of the week.

So that’s what I know, or rather these are my hunches.  After more than a decade, this company is still growing like a weed, customers give it high approval ratings (which I have checked), the company keeps on innovating and Dreamforce has become one of the milestones on the IT calendar.  Bring it on.