The multitude of clouds floating around on light poles, buses, and buildings in San Francisco are coming down and the sounds of Metallica have stopped echoing in the streets as people (over 40,000 of them) flock to the Bay Areas’ three airports for their journey home. Hopefully some are even taking the opportunity to spend Labor Day exploring all of the many attractions in and around San Francisco. You have to give the Salesforce.com crew a lot of credit, once again the week was filled with energy and excitement, something I’ve had the pleasure of observing for the last 6 “editions”. This year was the largest ever and with the massive numbers of people running around 5th and Howard, it felt a lot like Oracle OpenWorld in its sheer size. 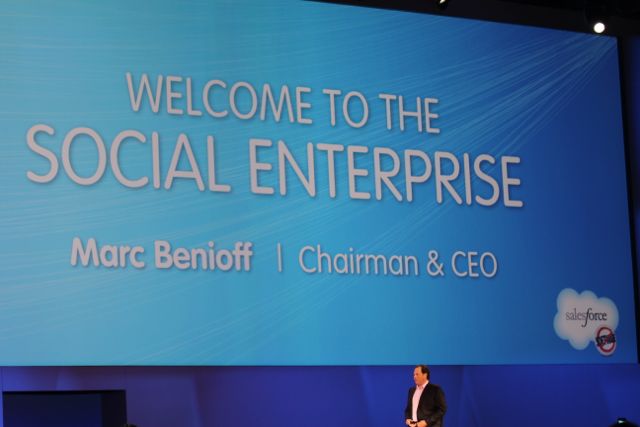 This year saw a new face of Salesfore.com, with much messaging and buzz around what CEO Marc Benioff is calling the social enterprise. The concepts seem to map pretty closely to what we at IDC call social business and have been talking and writing about for the last 3 years or so. All across the Salesforce suite of applications, and even in its Force.com platform, they are rapidly building, buying, integrating and partnering to get more social functionality available as quickly as possible. In particular many enhancements were announced for Salesforce.com’s core social offering, Chatter, that were much needed and, IMHO, are a significant improvement in the product’s overall usefulness and relevance.

Let’s look at the Chatter announcements, then. The next generation enterprise is based on a networked ecosystem paradigm, and connectivity across the business, not just an internal employee collaborative network, is an essential component of the model. This was the most limiting issue with Chatter, it was build for internal collaboration only and couldn’t be connected to other networks nor be opened up to customers, suppliers and partners. Salesforce addressed both of those issues with two of the most important new features, Chatter Groups and Chatter Connect API. Chatter Groups gives employees the capability to build groups that include external constituents in a secure and controlled manner necessary to meet external collaboration needs while protecting corporate information and meeting IT security and access requirements. The Connect API is the second piece necessary to create a connected enterprise by bringing in other social networks, content repositories (like Microsoft SharePoint), communication channels (like email) and other data to the chatter feed.

Collaboration in the social business, with its people-centric versus the traditional file-centric collaborative approach, needs to include the ability to connect people across many different communication channels. Leveraging technology that Salesforce.com acquired earlier this year with its acquisition of DimDim, Chatter Now provides presence and instant messenger (IM) functionality to the Chatter stream. While the presence is limited to Chatter today, it does provide a base for expanding into what has been the territory of unified communications (UC) solutions in the past.

Adoption of social collaboration systems is essential for the success of the solution, as the network effect is a key component to the usefulness of the system. In other words the more people in the collaboration network the more useful it is, and thus the more people want to join, which is in effect a bit of a double edged sword. Getting people to use systems like Chatter is in part a function of how valuable and how much happens inside the system. In that vein Salesforce has added workflow approvals into the Chatter stream, called Chatter Approvals. This functionality increases the usefulness of the system and thus should increase its use. 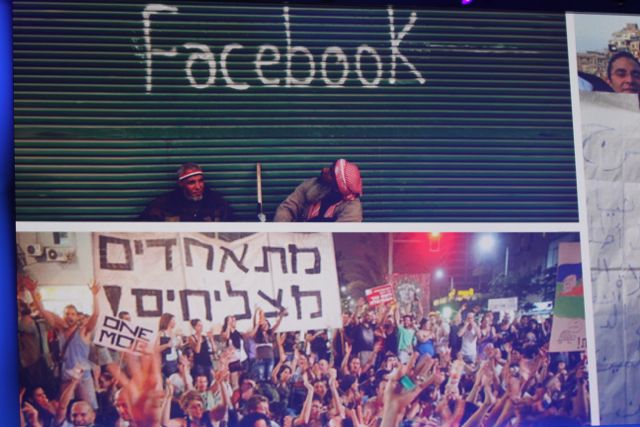 Mobile also received it due share of attention at Dreamforce this year. In the past Salesforce’s strategy for mobility was tied to native mobile apps with limited functionality. This year marked a departure from that strategy with the announcement of touch.mobile.com, a full function, cross platform HTML5 based mobile web application. The application is basically a full web client redesigned for touch and should get a strong reaction from customers, who have been clamoring for more mobile functionality.

CRM systems are quite naturally based on a core customer record. That record contains the customer details ranging from location and contact to transactions and support issues. Salesforce’s customer record, while more than adequate for collecting and maintaining the data traditionally considered necessary by CRM users, does not capture the next generation of social information available on public social networks and across other systems. With the Winter 2012 release this will be corrected as Salesforce.com incorporates social information into the customer record through open API’s and by leveraging the recent acquisition of social listening post and socialytics vendor Radian6 to build Social Profiles. Social data, which is growing at a exponential pace, is becoming business critical for understanding and predicting customer behavior. Also related to the customer record, Salesforce announced Data.com, which is based on the acquisition of Jigsaw, with its crowdsourced data, and combined with Dun and Bradstreet’s new D&B360 offering.

Salesforce.com started as a sales force automation (SFA) vendor and has since expanded across into customer support, crowdsourced data, database in the cloud, cloud development platforms, social collaboration platform and platform as a service. It is not, though a full enterprise business system vendor. The more reach that Salesforce can get the greater its growth potential. To expand reach Salesforce has placed its bets on partnering and investing, in addition to its growing platform. For example, in the day 2 keynote Benioff featured Kenandy, a new cloud based manufacturing management vendor that came out of stealth mode at Dreamforce. The announcement included a $10.5 million round of funding led by Kleiner, Perkins and joined by Salesforce. Kenandy positions itself directly into Salesforce.com’s vision both as a cloud vendor and as a collaborative manufacturing platform. The investments weren’t limited to new ventures either, as Infor CEO Charles Phillips joined Benioff on stage to talk about InForce,  Infor develop Force.com applications that received investment from Salesforce. Other partner announcements included enhanced integration with Workday and a robust mobile app from Loic Le Muir’s Seesmic.

Benioff presented a strong vision for the social enterprise, a vision that is one of the most complete I’ve seen. Building on a data foundation that starts to aggregate essential social data, enhanced with a strong partnering strategy, aggressive investments, a growing social platform vision, and growing social functionality, one can start to see a formidable social platform strategy. The enhancements to Chatter in particular go a long way to address some of the short falls of the past. That said Salesforce.com has to move well beyond its CRM and SFA focus and into some uncharted areas very quickly. In particular Salesforce must expand its relationships and get closer to CIO’s, well outside of its line of business past. One has to wonder if a company named Salesforce.com can become the social business platform of choice…or perhaps Force.com is a better fit?