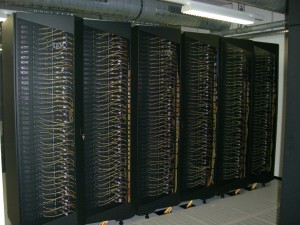 While at the IBM software group analyst event this year, along with several other analysts, I was invited to a lunch from the IBM systems group (or, “STG”) – hardware, from x to z, including storage. In particular, it was the new general manager, Helene Armitage, for software in the systems group talking about the growing importance of software for selling hardware. While IBM has Tivoli, the systems group maintains its own management software and, of course, operating systems and virtualization that goes along with it. (See Timothy Prickett Morgan’s piece from today for more background on the group and execs.)

Aside from introducing a bunch of (presumably) software-centric analysts (like myself) to the systems side of software, the main themes were:

There weren’t any launches or anything, but the GM did start to outline some interesting initiatives and positions, highlights below:

It’s worth tying in a some commentary from Steve Mills’ closing Q&A here. Judith Hurwitz asked him how he’d run software at HP. As part of an answer that he summed up at the beginning as “the way we’ve done it at IBM for the past 20 years,” Mills said the different IBM groups spend much effort on staying independent from each other. Though they don’t have to rely on each other for success, they can leverage each other for additive success, he said, making a somewhat subtle distinction. Clearly, Mills implication was that HP wasn’t being run this way.

Mapping that view in, it makes organization sense for systems to maintain its own software group rather than shove it all off onto Mills plate. And, as several analysts smirked over the STG steaks, governments might just go anti-trust crazy if the two were merged any closer – a smirk I’m not really qualified to judge.

Whatever the tie-up or the implications, STGs biggest challenge is the same as its been in recent years: convincing people to buy more than commodity (HP, Dell, etc.) boxes and storage. Typically, this means selling new functionality and benefits rather than the naked boxes themselves which, really, is mostly about software.

Disclosure: IBM paid T&E and is a client. See the RedMonk client list for other relevant clients.