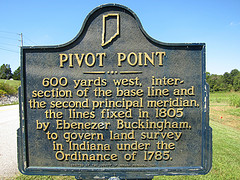 Last week I blogged on the New Florence innovation blog about the Startup Genome Project, a benchmark of hundreds of startups and why they fail or succeed. One of their findings was “Most successful startups pivot at least once. Startups that pivot once or twice raise 2.5x more money, have 3.6x better user growth, and are 52 percent less likely to scale prematurely than startups that pivot more than two times or not at all. A pivot is when a startup decides to change a major part of its business.”

Earlier this year, as I was doing research for my next book, I had a conversation with Chris Murphy of InformationWeek (if you want to learn about big trends in IT and what sophisticated CIOs are up to he is a must-read) about the need for IT to “pivot” – focus more on technology in the form of smart products and services, focus on revenue and growth rather than cost and compliance. I told him I worried that companies were going around IT when it came to technology in their own products – letting their R&D or product engineering groups handle the technology.

With that backdrop, I am pleased to see in his major article last week – 9 Critical Trends for Innovative IT –agenda  item 1 is “IT is part of the product”

It will mean IT has to learn from Apple’s wildly successful retail strategy. Learn how Google has built a huge Android apps ecosystem from scratch. Learn about industrial design from the likes of amazon’s Lab126 which designed its Kindle. Learn about volatile demand forecasting when introducing new products as in overwhelming demand as with the Microsoft Kinect or Zynga’s Cityville and underwhelming ones like the HP TouchPad. Learn many more disciplines that few computer science courses teach.

Also, most of the CIO’s budget today is spent with vendors on back office applications, infrastructure, telecomm – a few degrees removed from needed product and revenue focus. CIO’s need to learn about a new generation of vendors – product engineering services companies like Persistent and Symphony, contract manufacturing companies like Flextronics and Foxconn.

IT is part of the product, as Chris calls it, is IT’s pivot point. As the Genome benchmark says  “startups that pivot more than two times or not at all” don’t do as well as those that pivot once and do it well. Same with IT. The chance to make an impact on product, revenue and growth will not come too often.