Speed is a Feature – Further Thoughts on Windows 8 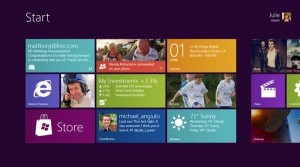 I noticed a tweet from Get Satisfaction marketing dude Jeff Nolan recently about the Google advantage – namely speed as a feature = which reminded me of a post of the same name a couple of years ago from my founding partner Stephen O’Grady, which led to me thinking about the performance engineering work Microsoft demonstrated at its Build developer conference: laptops that resume from suspend before the user has even got the lid open, for example, or the smooth, snappy scrolling in Microsoft’s new touch-based Metro user interface.

One of the ways Microsoft has made Windows 8 faster is a strong focus on OS refactoring. Smaller, with fewer interdependencies generally means faster, and Windows 8 can run on 281 Mb, about half what Windows 7 demands. Arguably Microsoft is still in the process of refactoring Windows Vista, which has been on the treadmill since its launch, and the code base is finally looking fairly toned, with a whole new wardrobe to match. Windows 7 was a big step forward from Vista in performance, and Windows 8 looks like it will be another. Its harder to make something complex simple than to make something simple complex. Well done Microsoft for pulling it off – assuming that Windows 8 moves smoothly through beta-testing into GA. Not like Longhorn in other words.

One of the things that most impresses me about Windows 7 is how well it runs on a 5 year old Thinkpad – with 3Gb of RAM and an early dual core Intel chip. On the Thinkpad x220 I am currently running, with SSD, Windows 7 is really snappy…