Zara and Beyond: Does Your Supply Chain Support Modern Slavery? (Part 1) 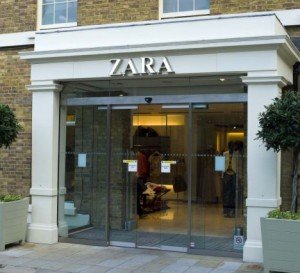 When we think of slavery, we usually think about the term historically. African Americans were enslaved in America, Jews were enslaved by Pharaoh, so and so forth — essential history lessons that should inform modern thinking, but something out of the past, not today. Unfortunately, this is not the case at all. In fact, even in the US, large retailers such as Home Depot have been accused of indirectly taking advantage of low-prices resulting from slave-labor in their supply chains, despite supplier codes of conduct that (obviously) prohibit such activity. Among other companies in the textile/retail space, Zara has faced similar scrutiny recently

According to one industry source, Zara was accused of running “sweatshops for their outsourced production” and subsequently after the accusation, “closed a factory that produced Zara’s clothing for it’s poor labor conditions.” In this particular case, “Bolivians were brought illegally to Brazil, locked in small apartments and sewed clothes for 12-14 hours a day. They could not leave the apartment without the consent of the supervisor and didn’t have hot water for taking showers or food for lunch…Many of the workers were forced into paying their wages to human traffickers who had smuggled them into the country.”

We can learn just as much from Zara’s response and corrective actions as we can from their transgressions and oversight failure in the first place. This effort goes beyond one-off codes of conduct that suppliers must adhere to. Rather, they rely on adhering to the strictest industry-based standards in the region (e.g., “introduction of a detailed procedure for verifying that any supplier wishing to work with Zara meets the corporate social responsibility criteria applied by ABVTex (initials in Portuguese for the Brazilian Textile Industry Association), the drafting of a Best Practice Guide, in collaboration with the Ethos Institute for the manufacturing sector,” etc.).

Zara is also up to some other activities to combat supplier slave-labor employment in Brazil that can serve as a basis for other companies to model their anti-slavery supply programs on. Stay tuned as we investigate these initiatives and other related recommendations in more detail.