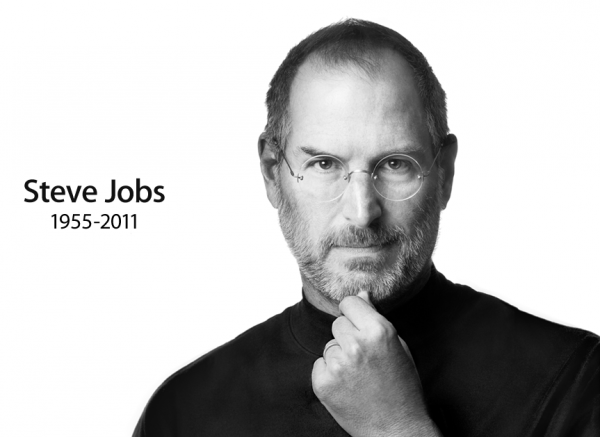 We live in a world that has learned to embrace and even worship the notion of a “minimum viable product,”  not products that are the best that we can do.  This is done for risk mitigation reasons.  We are concerned that we may not know what’s best, we need to get feedback, and we need to move cautiously rather than boldly. It’s born of a desire to conserve capital and to raise capital.  Capital, in many ways, has trumped Vision, Passion, and Products.  Venture capital is hard to come by for Vision.  They’ve been burned too many times, and it is too hard to identify Visionaries.  It’s easier to fund traction.  Let the markets decide.  Let the people decide.  It’s democratic.  It’s safer.  But it will never produce Insanely Great the way Steve Jobs has.

In a world that so embraces this “new approach”, it’s sad to see the passing of Steve Jobs.

Steve had no interest in the minimum viable.  He had no concerns for getting feedback before creating what he did best:  Insanely Great Products.  In reflecting on his passing, I wonder about our future in the world of Technology.

Will we ever get back to building Insanely Great Products?

Is there really no future in having Vision and an uncompromising passion to make it into Insanely Great Products?

What is the role of excellence, aesthetics, and beauty?

What about hope, promise, and dreams?

What about changing the world with technology?

Must we build everything with checklists, committees, and focus groups?

The first Dot Com Bubble did us a great disservice by introducing the notion that all that matters is getting there first with the right idea, riding the bubble, and having a big enough portfolio to weather the bad ideas.  It did us a disservice by conditioning us that Insanely Great is so rare as to be not worth pursuing.  It made us entirely too dependent on catching the next Bubble instead of Creating the next Great Product.  Steve Jobs worked hard to show us we were wrong.  First with the iPod, then the iPhone, and finally the iPad.  Clearly, there is plenty of life in Insanely Great.  Given Apple’s financial performance relative to those who played it safe or depend on a monopoly that steadily wears out with the pace of technology change, it may be the only enduring way to build an Insanely Great Company.

Steve, your legacy will live on.  Let’s hope others will have the courage to try to follow in your footsteps.  Let’s hope Apple can keep the Passion for Insanely Great burning.