Who needs an IT dept anymore? 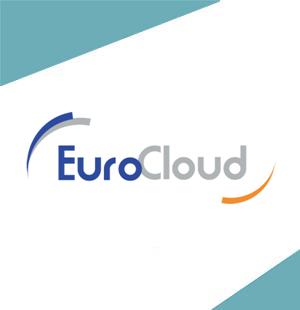 It started out, in an airy room on the top floor of London’s Royal Festival Hall last month, as a discussion of how the cloud will shape the future of application development. It ended up casting doubt on the very existence of the IT department as a separate entity within the enterprise. Cloud, it seems, will transform IT more than most people dare imagine.

The participants at last month’s EuroCloud UK meeting were a cross-section of cloud integrators and vendors, including speakers from Bluewolf, Fujitsu and Grove Group, with contributions from members such as Digital Sabre and Salesforce.com, which hosted the fringe event at Cloudforce London. There was no one there to defend the status quo, and as so often happens at EuroCloud UK meetings, the discussion headed off in unmapped directions. That’s part of the magic of bringing practitioners together in this still emerging but rapidly growing industry. [See disclosure: I’m unpaid chair of EuroCloud UK and I’ve done paid consulting work for some of the vendors mentioned in this article.]

We reached our radical conclusion by starting from the simple observation that cloud development allows much more frequent interaction between developers and the business people they’re developing for. There’s no delay waiting for the technology to go live, since it’s already running in the cloud, and the development work is done in short, agile sprints. Results get delivered fast and feedback is instant. Therefore there’s no advantage in having the development work hived off into a separate IT department. Why not instead have the developers sit in the line-of-business department, where they can be better tuned-in to the day-to-day needs of their business colleagues?

Of course some elements of IT policy need to be centralized, but that governance and oversight function could be a section within some other central management department, such as finance, operations or marketing. Developers would have dotted-line reporting into that function, and could interact with other developers across the organisation using social media and other collaboration tools. But the bulk of the developer resource would be sited exactly where they need to focus their attentions, in the line-of-business operations.

A significant shift in IT skills would have to accompany this restructuring of the IT function. As infrastructure migrates off-premise into third-party clouds, enterprise IT has much less need of practitioners in what someone called the “dark code” skills of infrastructure development. Instead the expertise that’s more highly prized will be in business analysis, delivering value at the level of process automation and streamlining. There’s a need for skills transfer too, as business users and managers learn to become more capable of assessing their own automation needs and understanding how best to adapt applications to deliver them.

The meeting also discussed the impact on outsourcing, and especially offshoring, since it’s hard to be present alongside business colleagues, even virtually, if you work elsewhere in a completely different timezone. There’s a need to evolve new alternatives to the old ‘batch mode’ approach to development tasks, when work was parcelled up and shipped out to be returned at some later date. Perhaps one new model will be to take more of a ‘cloudsourcing’ approach of the type being tested by Appirio’s CloudSpokes community.

All these changes are a long way off from becoming mainstream, even if they are on the way. The meeting kicked off with Brian Doogan of cloud integrator Bluewolf explaining how the majority of enterprises have no programs in place for change management and governance after they go live with a Salesforce.com implementation, and thus have no capability to manage continuous improvement of their use of the application. Pip Witheridge, CEO of Google Apps reseller Grove Group, spoke of the unrealized potential in many enterprises to have non-developers create new business functionality on cloud platforms. Fujitsu’s Chris Byrne talked about ways of incentivising conventional development teams to increase their use of cloud platforms. This all suggested that, for now, there’s little threat to the average enterprise IT department. But the meeting’s verdict is that in five years’ time, the picture could be very different.

Next month, EuroCloud UK looks at the impact of cloud on the channel. Expect some more unmapped directions.

2 responses to “Who needs an IT dept anymore?”