Oracle Buys RightNow. What Does It Mean? 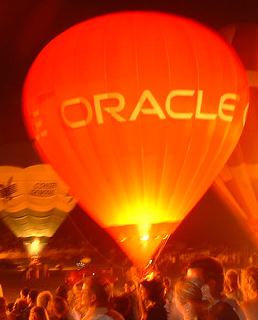 Less than you’d think, probably, but enough so it’s worth hashing over.

It means Oracle will spend less and less time running down the Cloud and more and more time monetizing it for their own coffers.  That’s no surprise.  Consider this the final signal that the Cloud is here to stay and it’s mainstream.  In fact, most of you naysayers will be surprised to learn that this bell that’s Oracle is ringing is actually the signal that the Cloud is the future and resistance will be just as futile as trying to convince your shareholders not to accept Oracle’s check for their shares.  The Cloud is so good, so mature, and so inevitable that Oracle’s Buy-It-And-Milk-It-Without-Much-Further-Innovation Machine decided to pick up on it.  That’s telling you it’s pretty darned mature folks.  We’re past the Early Adopters, Past the Chasms, and onto the very last parts of the food chain.  Somehow it’s appropriate that Oracle gets to be the Apex Predator in that metaphor.

It means Salesforce will have to step up their innovation in the Customer Service arena, which hasn’t been so hot (the innovation, not the arena).  That’s a shame, because they’ve been at it for a while, and should’ve been in a position to dominate what is a very large and lucrative market that is extremely compatible with SaaS.  Sorry guys, but a little French Knowledge Base technology, a little Chatter, a little of this and a little of that does not a World Class product make.  We’re going to be unsure whether Salesforce is a one trick pony for quite a while longer.  Force and the Customer Service portions are interesting, but they’re not yet compelling.

BTW, it also means that  Oracle will be sitting around wondering how to rationalize Siebel with RightNow, meaning nothing will get done as everyone does the “What does it mean for my career?” dance.  Customers who are on the Siebel platform will wonder if they’ll ever see another innovation (well when did you see the last innovation) or whether they should turn the lights out and move to RightNow.  Oracle, being no dummies, will announce that a future Fusion-based product will rationalize all this and make it easy for everyone.  Step away from your wallet, Mr Customer, there’s no need to disturb those maintenance payments because these are not the ‘droids you’re looking for.

Startups in the Customer Service space will be arguing that it makes the space bigger.  Their investors will argue that it means the music stopped and there aren’t going to be enough chairs for everyone.  Look for those closer to IPO who are Social and have identified Customer Service as a key market to be more successful at the former (yay, Jive!).  Look for those that are smaller and need a lot of runway to get to even a hope of IPO to land more towards the latter.  Capital will be harder to come by.  Sorry guys, you may have to live without any more rounds.  But take heart.  Maybe this will trigger a round of “Strategic” acquisitions as big Customer Service players evaluate whether this means there is a hole in their portfolio that your startup will handily fill.  I can’t think of any cases like this, but it doesn’t mean there aren’t some.

For the rest of you SaaS companies, guys, party like it is the late 90′s again.  Oracle just put a floor under your valuation.  If your growth slows, you can be bought and added to the Red Hoard, or is that the Red Cloud now?  Just be alert if there is more than one of you in the space to what it means if one is bought and it isn’t you.  I would draw no other conclusions whatsoever.  Whatever RightNow has other than revenues and the possibility of a plan to cut unnecessary expense to wildly expand profitability, that’s all that matters.  Whatever conspiracy theory you may have about the underlying tech, execs, or whatever–forget it.  You’re over thinking it.  The Oracle Machine has to be fed on a regular basis to sustain growth.  That’s all that’s happening here.  It’s not particular about what it eats other than that revenue and cost cutting part.  OTOH, if you really don’t want to be bought, you had better be able to keep growing and running fast.  Those sounds of flesh being ripped from bones, that crunching of marrow noise, well, that’s what the Machine sounds like when it’s just around the last corner you turned.