End of the On-Prem Paradigm

Uber analyst Dennis Howlett over at ZDNet wrote a piece ruminating on the Gartner Symposium and colleague Larry Dignan’s summary of the meeting, “Enterprise IT: Here comes that deer in the headlights look again” that is well worth reading.  Together the articles wonder aloud how much time there is between now and the paradigm shift that will make so much of enterprise computing obsolete and even risky for enterprises to invest in.  Mixing metaphors, another way to put it — how long before the cloud vendors inherit the earth?

He opens the analysis with:

While Gartner is urging creative destruction, I can’t help but be skeptical. If everyone could re-imagine IT and blow up old systems to delight customers, there would be no losers in the corporate world. As we know, there are plenty of losers and there will be thousands of companies that flop at people-centric system design.

I can imagine similar thoughts coming from many colleagues. How many times have I crapped on the idea of Enterprise 2.0 aka social enterprise?

But in the real world, IBM can’t find enough bodies. Accenture can’t keep up, Deloitte and Capgemini are both very busy. And that’s just in their SAP practices. SAP is about to confound the market with a great Q3. I’m betting Q4 will be a blowout. Oracle got Fusion out the door this month. Who says the incumbents are in trouble?”

Add to this the Workday-Zuora announcement this week from Workday Rising, a user conference, that the two companies would deliver an integrated and cloud based billing, payments and financials solution that will run circles around Oracle and SAP financials in the subscription business and you don’t need Tom Hanks to tell you, “We have a problem.”  Tien Tzuo, CEO of Zuora, did the honors when he said that conventional ERP was dead.

So why the upbeat financial results from the likes of SAP?  To answer this we need to take a small detour to the clouds.  Let’s look at airplanes, specifically the Lockheed Constellation. 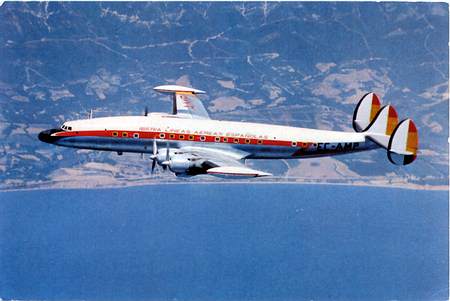 The Constellation was/is a gorgeous aircraft with beautifully sculpted lines.  It’s design dates to the post-war period and its heyday was the 1950s.  The Constellation was something of an apex of aeronautical engineering offering speed, range, and the ability to carry lots of passengers.  It also had the most advanced engines in the business at the time — piston engines and those power plants made it the end of the line.  It was the last iteration of piston-propelled aircraft soon to be over taken by jets — the new paradigm.

It is no surprise that SAP posted good numbers in Q3 and, as Howlett says, it will probably do so again.  But SAP and Oracle are building Constellations and the strain in the implementation system he alludes to in referencing IBM, Accenture, Deloitte and the rest, exposes one of the Achilles heels of on premise computing.  It is as damaging as the workload and expense of keeping a piston aircraft flying.  Add to all this the other major deficit exposed by Workday and Zuora and you realize that the dominant positions SAP and Oracle have held are disintegrating.

The on-premise paradigm is effectively over.  It will stick around for a long time but we will only see it shrink.  The businesses with the smart money are getting out of on premise and trying to figure out the models they need to survive as cloud companies.

The paradigm has been under attack for the last ten years but the incumbents have always been able to fend off the competition, mostly because the attacks were one-dimensional.  Incumbents could deal with arguments that cloud solutions were less costly, easier to maintain or better to customize or integrate, but when all that comes together with the complaint that the on-premise solutions were made for a manufacturing rather than a services and subscription market, all bets are off.

Tien Tzuo was right, the on-premise paradigm is effectively dead.  Yes, it will take time to convert and yes, the technology conversion comes with a business model conversion or at the very least a big modification.  It’s also mandatory.  We’re moving into the jet age.

One response to “End of the On-Prem Paradigm”