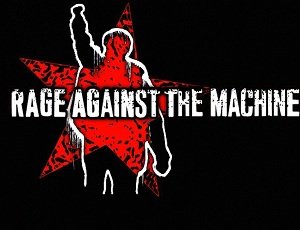 With due apologies to my non-Hindi speaking readers. A Bollywood film with a similar title just fit so nicely. It means “Why is Robert Scoble so angry?”

And boy is he angry. A couple of days back, Robert Scoble, who hopefully needs no introduction to readers of this blog, posted a rant on the usability of Workday which his employer, Rackspace, uses for employee travel expenses. A quote is below. The video is far more telling. In that, Scoble is visibly frustrated and angry.

It’s not everyday I complain about software, but, sorry, Workday really sucks. If you are considering an expense reporting tool, get Expensify.
Why? What’s wrong with Workday?
It’s slow.
It constantly gives me errors and doesn’t let me enter data.
It isn’t easy to enter lots of data.
It doesn’t hook up to my credit cards.
It doesn’t have a mobile app to upload photos of receipts.
It doesn’t let me do milage by entering in a start and end point on a map.
Expensify is far superior. It takes 1/100th the time for me to do an expense report there than in Workday.

Commentators have wondered about Scoble’s motive here. Workday Rising, Workday’s annual user group meeting roughly coincided with his rant. Was it designed to stir up controversy at just the right moment for controversy to strike? Bloggers thrive on controversy, do they not?

But I totally get where Scoble is coming from, foam-flecked tirade and everything. I call it Enterprise Rage. It is similar to road rage. If you have it, you feel like stepping out of your constrained space (car, cubicle whatever) and punching somebody in the face. Or screaming your head off, if that takes your fancy. But you can’t because you’ll get fired or run over. So, those who can, make videos and vent. Others take up hobbies or rack up therapy bills.

Enterprise Rage can be caused by many things. For instance, things that are wasteful and frustrating and don’t have to be. Like submitting an expense claim.

Why? Because enterprise software does not have to bother about usability. Their software is demoed and sold to executives. Executives care about dashboards and business intelligence. Will I be able to use it from my iPad? How many hours before I can get that report? Ooh, that pie chart looks so good. Can I have it?

Feature, function matter of course. But usability in the hands of employees is rarely a selection criterion. Executives have assistants to log expense statements. They don’t even know there are usability or performance issues with the expenses system. And the employees, poor sods, can’t get their expenses reimbursed without using the system.

The problem of bad enterprise software never rises to become a big issue in companies. Mostly because employees are not given a choice. If the software isn’t working, work stops of course. But if it is, there is no other way of getting your work done. It might be difficult to learn, difficult to use and slow as molasses but hey, who said you had to work just 8 hours a day. Besides, if a company has already spent millions on the software and its implementation, airing grievances about its usability is generally not encouraged.

There is one area, though, where usability already greatly impacts the value the company gets from the software – CRM. Unlike with other workflow type software, where there is no way around, with CRM, if the salesforce doesn’t like the CRM, information just doesn’t go into the CRM. Sure there’ll be some mandatory pipeline updation, but not much else. The rich, stream of customer meeting notes which are invaluable to team-selling are all lost to emails and phone calls. Or just plain lost. I’ve used at least half a dozen CRM systems extensively in my career and the best one in my opinion – Highrise from 37signals. Not surprisingly it was designed for small sales teams. It wouldn’t work for any large enterprise, but it is so easy to use for the sales person, there is no need to coax, cajole or threaten them to just “use the damn system”.

Enterprise software vendors need to wake up. Employees now know what a good, performing user experience feels like. They use a whole bunch of great software in their personal lives from companies like Google, Apple and Twitter. Also, for every Workday, there is an Expensify that is born in the competitive cauldron of small business software where assistants are rare and software with sucky usability won’t survive.

Two, productivity in the US and other advanced countries has been inexorably rising even through the recession. Which means that higher output is expected from employees. You can’t expect more out of employees and give them crappy software to work with. They tend to get upset and go vent on their favorite social media site. If they are someone like Robert Scoble with a big megaphone, the software vendor better watch out for its reputation.

There will soon come a day, when prospective employees will first inquire about compensation and benefits. And then they will ask “What system does your company use for collaboration/crm/expense reimbursement?” Maybe not while we are in this economy. But the time will come.Till then, expect more of the same.