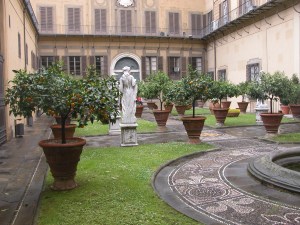 Just got home to find my new updated Google Reader.  It’s useless now.  The sharing choice is gone.  They warned us they were going to do that.  I still have the ability to star, but in place of sharing, I get a Google+ button.  This completely defeats my old workflow, not to mention eliminates the possibility of my old share RSS feed.

My workflow had been one of marking everything interesting as “Share”, and marking everything that might be germane to a blog post I could see myself writing “Star”.  If I wanted to blog, it was easy to go look at the starred items.  If I was trying to remember some article I’d read, I could go search the shared and get way closer than any other search method I know of to find it.  Alas, I now have the ability to search “Recommended”, which is apparently anything anyone decided to +1.  What they’ve really done here is to reserve all value that may come of curation for themselves.  You can’t even get your own curation back out again.  This is evil in my book, pure and simple.  When a company takes away a feature they used to support strictly to create a higher wall around their garden, it’s pretty hard not to call it evil.  Yet, that seems to be the latest craze in the social networking world.  The goal is to set up only interactions facing in.  If you want to move anything back out again, there’s nothing but obstacles, as many as the network owner can think of to create.

These sites are all working so hard to be AOL all over again, the one stop shop that’s the only place you ever need to go on the Internet, and it’s repulsive.  The problem is everyone is gaming the short head when all the interesting stuff is in the long tail.  VC Fred Wilson bemoaned the leaderboard nature of app stores, where the 1% lucky enough to be on top get perpetually richer and the remaining 99% suffer in obscurity because nobody can find their apps.  The problem is all the major players are building their web properties into Roach Motels where the attention and content check in but never leave.  Your in-room entertainment in the Roach Motel is the Echo Chamber, brought to you by authority based ranking systems and walled garden social interaction.  Down with RSS, we’ve publicized that nobody uses it anyway, blogging is dead, and let’s all get into this hare-brained-dumb-as-TV-couch-potatoes mode of using the Internet.  Sure it sells, but it’s a dead end intellectually bankrupt monoculture.  It’s inane.

Robert Scoble loves it.  He’s only too happy to jump on the latest thing and see how fast he can build momentum.  I notice in the Scoble article I linked to that he says Fred Wilson told him not to give up the blog:

Fred, you told me that I was nuts to give up my blog (I told you I had left it for the better engagement of Google+). You told me that it is dangerous to not own a place with your own name on it, on servers that you — at least in theory — control.

Ironic, because I’ve argued with Fred on a couple of occasions not to give up ownership of his music.  Fred wants everything streamed and doesn’t care to own any music.  The problem comes when you get home from work and discover something you really liked about your music service was permanently and fundamentally changed, just like what Google has done to Reader.  Nevertheless Fred is right in what he says to Scoble.  It’s also ironic that Scoble fell off the blogging wagon for Twitter, went through interventions and all sorts of cockamamie goings on from the likes of Mike Arrington and others, never really did quite get back up on the blogging horse the way he used to, and now he’s looking to make the same sort of jump again, this time for Google+.

He says he’s already lost a bunch of stuff he wrote pre-2003, and he doesn’t really care about it too much.  But this isn’t about losing something 8 years old you haven’t looked at in probably 7 years.  This is about the possibility you can walk in and lose something fundamental you used to have 24 hours ago and that you depend on.  Don’t think it will happen?  Why shouldn’t it happen if Google or whoever else that owns the platform decides it means money to them?  What if they just flat make an error and lock you out or lose your data?  Hasn’t Facebook done annoying thing on top of annoying thing as they’ve thrashed around on privacy, largely to try to make their property more valuable to advertisers regardless of what it did to their users?

Here’s the problem for everyone that isn’t Scoble:  if you really want to get the good stuff, it isn’t on Techmeme.  It isn’t in the most widely read blogs, whether you prefer Techcrunch, RWWeb, or some other.  And it definitely isn’t in the latest walled garden Social Network.  Those places are emphasizing the short head, not the long tail.  They are the Echo Chambers.  If you want the good stuff, you have to hike up the river, until it becomes a stream, and then still further to the very sources high in the mountains.  That’s where the cool clean glacial waters of the Long Tail originate.  That’s where the good stuff is.  You’ll never see most of it if you spend all your time in the Echo Chamber, and it’s a real shame because the promise of the Internet is that it unlocks the Long Tail.  Get off the Bell Curve and move not just one, but several stand deviations away from the mean.  That’s where the real juice is.  Sure it’s hard work.  But if you want to maximize your information diversity, there’s going to be a little friction.

Scoble sidesteps all that in a way that you or I can’t:  he gets more scoops than he can ever write about as people come to him.  Same with guys like Michael Arrington.  They aren’t discovering these scoops on G00gle+ or Twitter, so why would you think that you can?  They’re simply using such networks to spoon feed the public.  That’s great if you want to be spoon fed, but there is so much more available from the Internet.  Why not feast on its wholesome organic information goodness?

I’m off to try to find a new RSS reader.  I don’t know if anyone even bothers any more to make one that’s useful in producing a sharing feed, if not, I guess I’ll write one–it isn’t that hard to do.  I may even just use a WordPress blog to do it.  I have been experimenting with that for a work project since I knew Google Reader had a lobotomy on the way.  So far it’s been pretty cool.

The more I see how Google is going to manage Google+, the less I want to invest my time and energy in it creating content and engagement for them to profit from, but being unable to repackage my own content to use as I see fit.

4 responses to “Google Reader: Another Brick in Google’s Garden Wall”