Flash: Misunderstood by Adobe, Apple, the Haters, and the Press 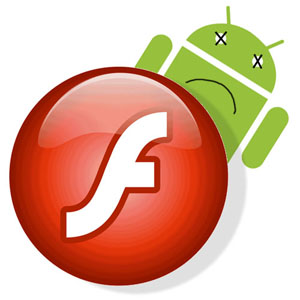 Seldom have I seen a technology so widely adopted yet so poorly understood, so polarized between haters and fanboys, and so indifferently managed by its owners.  It may have many other problems, but Flash’s worst problem is how widely it is misunderstood by key parties.

Flash is Misunderstood by Adobe

Adobe misunderstands not just Flash, but perhaps PR in general.  Steve Jobs could not have done more harm to the platform if he had choreographed the recent announcement that Flash would be abandoning Mobile Browsers.  How they could have let it first leak, ensuring the haters had built up a full head of steam, and then failed to have any well choreographed official announcement and discussion is a mystery to me.  All I saw was a long list of Adobe bloggers trying in what looked like a more or less independent way to convey what a good thing the announcement was.  How could they not realize every hater and link baiter in the land would be publishing headlines like, “Steve Jobs Wins” or “Steve’s Last Laugh.”  Adobe is not the first company that needed to de-invest in a product.  Why on Earth did they not find a way to follow the normal policy most companies have to avoid this kind of thing, which is to quietly wind down development while “sunsetting” the product?  Were they really that desparate to shave a few more jobs in their recent layoffs or just that dense?

This PR issue is closely related to Adobe’s misunderstandings about its customers and Flash.  Flash customers are a tribe.  They’re not cogs in the Adobe Machine.  Too often executives at Big Companies like Adobe think they can slice and dice their customers as easily as moving the formulas around on their spreadsheets.  Their knowledge of their customers starts to be limited to their spreadsheets.  They figure if Jack Welch got to be the world’s greatest CEO by only allowing investments in areas where they can be #1 or #2, all they have to do is kill anything that isn’t #1 or #2.  But that’s different from what Welch did because killing those things ignores the idea that there may be an important connection between the less-important-on-the-spreadsheet and the killer-strategic-things.  Just because no formula links the two doesn’t mean there isn’t a link in the Real World.  If you have an audience that’s loyal to Flash and you kill something important to that audience as you did here, even if it was only important for the sake of pride and being able to hold your head up, you lose.

But there are much broader and more strategic issues surrounding Flash that Adobe did not understand.  Chief among those was how rapidly smartphones would become critically important devices on the web.  According to ex-Flash manager Carlos Icaza, half of the Flash team were carrying iPhones in 2007, yet Adobe completely botched the User Experience on these phones until very recently.  Botched how?  By failing to make Flash graphics take proper advantage of whatever native graphics capability was available for the device.  How could it have taken so many years to get something as simple and widely used as video to play well on these devices?   We’ll get to the misunderstanding of the Haters and the Press soon, but doing video well is one of the main reasons Flash got where it is and one of the main things the Haters hated about Flash on Mobile.  Adobe let a Bad UX of epic proportions go on for years, and it just wasn’t that hard to fix or HTML5 wouldn’t have been able to make Flash look so bad there.

Adobe’s other strategic mistake is they are confused about who the Flash user is.  I don’t mean the consumer, but the user or customer that actually pays Adobe money.  Adobe  is a company that sells to Designers.  They like to talk Development Tools, but they are largely Design Tools like Photoshop and Dreamweaver.  The really key aspects of Flash are Developer-focused.  You can’t do much with it that isn’t doable in HTML5 (and even pre-HTML5) without being a developer.  The depth of this misunderstanding can be easily seen by reading blog posts like Jesse Warden’s rant about Flashbuilder.  Flashbuilder is Adobe’s IDE for Flash.  It is the UX by which a developer experiences Flash.  If Adobe had treated its design tools as Warden says they have Flashbuilder, it would be like arguing, “Well, Photoshop has the worst UX in the land, but the bitmaps it produces are enough better than other bitmaps that you should just deal with it.”  But, since Adobe mostly cares about Designers and not Developers, they didn’t understand how bad Flashbuilder was.  After all, the Designers weren’t complaining about it, and the Developers are just the dweebs who do the Designer’s bidding.  In fact, they went out of their way to cater to the workflows Designers prefer in Flash.  They even invested in building a tool called Catalyst to give Designers more power in the Flash world.  What a pity those investments didn’t go to making Flashbuilder the most phenomenal Developer’s UX out there.

There are so many areas where having a Developer’s hat on instead of a Designer’s hat could have made Flash better.  Why, for example, is there no decent Flash equivalent to node.js?  Cold Fusion?  Fail.  I shouldn’t have to buy more stuff to write server Flash.  It should be possible in the same IDE I am writing client Flash in.  Adobe, your mission is to sell gold pans and jeans to the Internet Gold Miners.  Developers are a critical part of that equation and you’re squandering a powerful tool there.

When I mentioned Flash’s customers are a Tribe, this is closely related to the fact that they are Developers.  They may be more Tribe-like than any other group Adobe deals with.  Have you checked the Internet lately to see how often Developers hang out and influence each other?  Have you seen unique properties like Stackoverflow?  Have you seen that the advent of Evangelists for Software started with Developer tools at places like Microsoft and my old alma mater Borland?  Developers are a tribe!

Flash is Misunderstood by Apple

There is no doubt that Steve Jobs stuck a knife in Flash’s side that hurt it badly.  He was articulate about his reasons, and it hurts me to say that he was right, and that being so slow was tragically avoidable by Adobe as I’ve discussed.  They just didn’t get it.  Shame on them.

But even as Steve Jobs was right, he was also wrong.  He was wrong for doing this because he wanted revenge on Adobe’s disloyalty to Apple, as is mentioned in his Biography.  He was wrong for doing this as much to help build his Walled Garden as to ensure better UX on iOS.  Flash was a terrible threat to the Walled Garden.  You can build any application in it and run that app from the browser (or at least you could once Adobe woke up and fixed the performance problems so Flash games like Technarium could flourish on iOS).  The world already wants to bypass the 30% tax that Apple places on any iOS app.  Giving it a powerful tool to do just that was unacceptable.  Flash had to be brought to heel.

If we drag out our dog-eared copy of Mario Puzo’s the Godfather, Steven P. Jobs was short-sighted to have settled for simply killing Flash in mobile browsers.   He should have taken control of it.  He would have been far better off to ban it as he did, and then work hard at getting Adobe to fix the performance problems and to get them agree to letting Apple control which browser apps could be tolerated on iOS.  Then he could have brought them back in true conqueror fashion.  This would’ve opened the door to letting video, richer website UI, and other decidedly free things through while opening the door for Apple to control even browser apps since they’d need sign off from Apple.  As we learned from the Godfather, “Keep your friends close and your enemies closer.”

Apple also would’ve benefited from a much slower burn on how fast HTML5 is coming to fruition.  It still has a long ways to go to catch Flash.  The best strategy for the Walled Gardens is to fragment the market for things like HTML5.  Maximize the noise and confusion.  Find a way to get even more alternatives into the mix.  These other technologies are all alternate platforms you don’t control.  They’re things that can wrest control away from your platform if they were ever to catch on sufficiently well and managed by the right evil strategic genius.

Flash and Adobe are Misunderstood by Google

It’s ironic that Adobe thinks the most important Flash constituents are Designers and not Developers, while Google, the best Web Monopoly on the Planet only sees Developers and not Designers, and hence has little interest in Adobe or Flash.  Google should have bought Adobe years ago.  What better way to cement their hegemony over the Web than to own many of the key design tools?  What better way to fix their Customer Service and Corporate/Enterprise selling issues than to buy a company that can do both?

Putting that can of worms aside for the moment, how could Google allow Flash browser support on mobile to die?  Don’t they realize this is as much a referendum on Android as it is Flash?  After all, Adobe is effectively saying, “There isn’t enough non-iOS Flash activity on mobile browsers to be worth carrying on”.  Or if you prefer, “iOS is so much more important than Android that even though they’ve treated us shabbily and you have stood by us, we’re going to cave in to them.”  If Google had to make an investment themselves, even a small investment to facilitate the sunsetting, they should have done so.  They could have built Flash into the Android platform.  Google also doesn’t understand the Tribe vs Cog view of Customers else they wouldn’t have done some of the things they have to their own products.

Flash is Misunderstood by the Haters and the Press

Haters gonna Hate, and that’s a misunderstanding all by itself.   I lump them in with the Press, because in many ways, the Press is gonna Press, which is to say, their job isn’t to understand, report fairly, or any of the other reasons we think we read them.  It’s to sell ink.

Still, it is amazing how often the press just doesn’t seem to understand what Flash is.  Take Harry McCracken’s post, “The Long National Nightmare With Flash is Over.”  Harry did his job linkbaiting, but his article is a great introduction to many of the misconceptions of the press and the haters:

Flash was always a lot more than video and cheezy web site animations, but the press has never gotten that and Adobe has never successfully communicated it.  I’ll say more soon.

6 responses to “Flash: Misunderstood by Adobe, Apple, the Haters, and the Press”