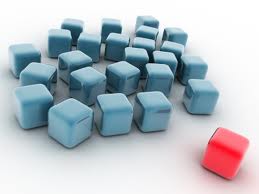 Last week I was on a vendor briefing call (social media monitoring and response) and the subject of influence and it’s use by business came up in the discussion. It started me thinking again about influence and how (or if) businesses could determine, track and make use of influence across a diverse set of enterprise activities. There’s been quite a bit of discussion of late on the concept of measuring influence, mostly created by Klout’s now infamous algorithm change and the subsequent crashing of many people’s influence score. This post is not about that incident, in fact I plan to stay far from that argument, although the incident itself does illustrate an important point in an enterprise context. I’m convinced that an individual’s Klout score isn’t a good measure of influence for businesses anyway.Both influence and influencer have been somewhat redefined by the Internet and the social web. I say “somewhat” because the function of influence and its relevance to business really hasn’t changed, just the channels, access to channels and the reach of the new channels. I remember an exercise from the late 90’s when I had responsibility for customer support at a software vendor, trying to tier our customer base so that we could focus support agents on more “important” or higher priority customers. Now I know some of you are thinking that “all” customers are important but honestly, some are more important to the business than others. It doesn’t mean that you don’t treat all of them with respect, it just means that you have to prioritize scarce resources. It also may not be about direct revenue from the client. Often in the priority queue, the customer with the largest stick is the one that sits at the top. There are customers that pay you a lot, there are customers that can influence others to pay you a lot, and there are customers that could, if unhappy, convince a lot of prospects to NOT pay you any money. It’s all about priorities, that hasn’t changed.

In a business today a customer / prospect’s influence can be important across many functions. Customer service certainly has for many years, been concerned with influence. To some extent sales also understood that having the “right” reference customers would go a long way towards helping close more business. Marketing understood that influence had the potential to be important, although measuring and making use of the opportunity was usually hard. Of course as more people move online and take advantage of the explosion of “channels” across social media sites and personal blogs, as well as horizontal and specialty social networks, tracking what people are doing and saying is somewhat easier. What to do with the data you collect though, isn’t any easier than before. The other side of the coin though, is that online, people have a voice that can rapidly and sometimes unexpectedly get magnified to a degree that was never possible offline. Now of course marketing would love to leverage positive influence for “word of mouth” marketing. With the growth of community based or peer to peer support, customer service has even more reason to be concerned with influence, in fact, any group in the company that wants to use a community (product management, sales, etc.) should be concerned with influence.

Businesses are struggling to varying degrees in dealing effectively with the new empowered customer / prospect. The days of a company controlling its messaging are waning. People turn to their online networks for information, advice, and recommendations instead of using company provided channels. This is the crux to the changing landscape of influence. Online influence is real time, contextual, relative, individualized and variable. Think about what makes a person influential to you. It could be that you have a trust relationship through a social network AND because of that relationship you have learned: 1. that the person is knowledgeable on the subject / content and 2. you personally value that person’s opinion and advice. Influence really boils down to this, can the person’s (influencer) words / actions / video / etc. get the second person (influenced) to take some action or change some belief. Or in even simpler terms, influence is based on the perception of expertise and trust which are intertwined to create brand.

So if influence is based on the perception of expertise and trust, what creates this perception? Expertise seems simple enough, it is the demonstration of understanding and knowledge on a specific topic over time. It’s important to note though, that expertise is not self proclaimed, but is experiential. Trust is also fairly straight forward. Trust comes from a relationship with the influencer. Online trust is a little different though, it can actually be established through the network effect. That is, if A trusts B and B trusts C, then it would be reasonable to believe that A would trust C. But, online trust is much more fragile, any breach (or perception of breach) breaks the trust bond.

Going back to look at the other characteristics, contextual, relative, individualized and variable, you can start to see how they are related to brand (trust and expertise). For example influence is individualized because the person influenced must see the influencer as an expert and must have some existing trust relationship that supports taking action or changing a belief. Influence is contextual because of the nature of expertise, an individual influencer can be very influential on  one topic or subject and not influential at all on another topic. The influencer’s impact on a person varies based on the level of the trust relationship and on the level of perceived expertise. This creates degrees of influence directly related to the strength of the influencer’s brand. For example think of a simple product review on Amazon. Chances are that none of the reviewers have a specific relationship with you, so trust is fairly low and expertise can only be established by reading the reviewer’s words. But if one of the reviewers lays out a case that makes you accept their expertise then the impact of the review can be more influential. But, if you have another more trusted source, say someone in your Facebook network, who offers conflicting advice you are much more likely to act on that sources’ advice over the Amazon review, it simply does not have a high enough influence ability to overcome the deeper trust relationship.

From a company perspective online influence can be important but at the same time it is very difficult to establish, particularly out of context. Through social media monitoring tools you can collect lot’s of data but using that data to establish influence is complex due to the nature of influence and how / who it impacts. This is even more difficult if you consider that there are differing types of influence. A person may have broad “influence” in a non-specific horizontal way, say by having lot’s of followers or friends, but that type of influence most likely isn’t enough to get the individual that the business is targeting to take action or change a belief. What a business needs is the influencer in the context of what outcome the business is trying to influence.

This doesn’t mean that broad, popular, horizontal influencers aren’t useful and important though. For example, if I have a charity event I certainly want to get to this type of influencer. This less specific type of effort to reach the broad population requires reach, amplification, a large network and a public brand that carries enough trust to move a significant number of people to action. Interestingly enough, I think this type of influence is much easier to establish and measure. It is about broad reach, resonance and a “big” public persona brand. That can equate to followers, friends and other measurable things like how often a message from them is repeated.

The problem comes though, I believe in the more specific business application of influence. The type of influence that is “measurable” by the methods that work for the broad public type of influence, isn’t specific enough, isn’t contextual, isn’t individualized and isn’t particularly relevant to the individual that you are trying to influence. Maybe a couple of examples would help here. Let’s take a local eatery for example. For restaurants local influence, specific to the city and even the neighborhood is important. Certainly it’s possible that a local food critic (or even a national food critic) could be an important influencer and that person might be surfaced through looking for somewhat broader public influence, but it is still very specific to the market and to the context, in this case food. But what might be even more important could be a reviewer on Yelp. I have a friend in San Francisco who isn’t on Twitter, has less than 100 friends on Facebook, doesn’t use FourSquare, Google+, Tumbler, Instagram, Flickr or even post on YouTube. If she has a Klout score it would be tiny, but, she has a huge following on Yelp. In fact, she is exactly the type of influencer that a local eating establishment would want, but could never be surfaced from some broad measurement of public social media presence.

Take a second example, let’s say in the enterprise software world. The brands are often global or at least national so you might think that broad public influence might be desirable but the problem comes down to expertise and context again. For a complex product expertise is even more important. It’s possible of course, for an influencer in enterprise SW to build a good following on Twitter or LinkedIn, but more likely you’d want to look beyond those channels to blogs. The deeper content format could quickly surface influencers and establish their expertise (or lack of expertise) based on the content. The weight of the social channel in the influence calculation is critical and specific to each industry and business.

Can enterprise influence be measured successfully and in a way that is relevant to the enterprise? The variable nature of influence by business specifics and context make this much harder. I do believe that this type of influence, that is, relevant to businesses, can be established through monitoring and measurement, but, not through non-specific algorithms. The problem with this approach is that it can’t be weighted to the business specifics, it can’t be adjusted to look at the specific business requirements. In fact, algorithms that are not transparent and customizable to the business are not really useful for business use cases. It might be interesting to stack rank public social presence, but unless you can consistently apply that to your business context, it’s not “enterprise ready”. If it has any variability that isn’t completely understood and predictable by the business, it’s too great a risk IMO to be used by a business. Community platforms have already started down the path of contextual influence measurement. Community platform vendor Lithium Technologies, for example, has integrated this type of tool into the platform so that influence specific to the individual community can be monitored, measured and become actionable to the community manager. Social media monitoring tools like Medallia, Attensity, Radian6 and others are moving down the path of customizable influence measurement and a response system to make use of the data.  This is an emerging area of interest from an enterprise perspective, and there’s quite a lot left to sort out when it comes to online influence and how a business might monitor, measure and take action on the information.

One response to “Influence and Business”