TechCrunch quotes a warning of sorts by Venture Capitalist Josh Kopelman who basically says 2012 will be more like a correcting 2008, as opposed to a euphoric 2011. Lots of good for and against arguments on the VC investing front by the likes of Dave McClure and others in the comments on TC.

Regardless of who is right, I’m optimistic on the enterprise front.

In 2003, in the midst of the dot bust, I founded a consulting firm that had a singular value proposition. Work with CIOs and LOB leaders at large organizations to help them with a specific strand of operational efficiency. The idea was to capitalize on two realities:

1) Whilst budgets were nose diving, the long list of performance objectives that kept executives up at night showed no signed of dissipating.

2) The blank checks during the preceding dot com boom days meant lots of purchased technology was now sporting cobwebs on CDs in a drawer under a sys admins desk or in data centers. 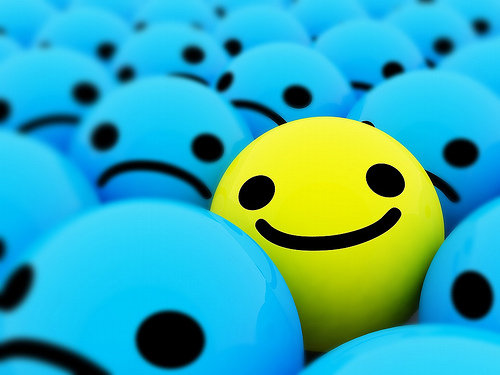 So we set out to do two things: 1) Bring in the right business and technology strategy muscle that could help sales and marketing, HR leaders and CIOs understand how to do more with less and 2) once operational efficiency and performance objects were set, scour the basements and attics for procured technology that could best facilitate realizing critical revenue and optimizing objectives.

Customers got to do more with less and without antagonizing the CAPEX Gestapo, in exchange for a reasonable services spend. And our lean structure consisting of very available strategists, marketeers, designers and technology architects meant we made out like bandits.

But it was much harder then. Systems didn’t talk to each other easily, data came from a plethora of external and internal systems and immature offshore development was the only way to afford execution skills. You had to prioritize what you could afford and given the cost and difficulty you could only take on a few things. And by the time portals, customer support and channel extranets went live, the requirements changed. But you did the best with what you had. Smart executives always find a way to ‘make it happen’ come hell or high water.

If 2012 looks more like 2008 for executives looking for opportunities to get operationally efficient, I’m even more optimistic than I was in 2003. I’ll cover this in my year end post in detail but a couple of quick reasons why:

There’s many many more but you get the idea.  Fundamentally, this adds up to radically more approachable access to both sources of insight and the platforms that enable them.

It’s also important to note that the stakes are higher this time. In the 2003 post-crash world, relatively speaking, we were still serving the same pre-crash customer persona. Sure, we saw the likes of Amazon eat into brick and mortar commerce. But not at the scale that were witnessing at this time. Whether 2012 looks like 2008 or 2011, this market has some unique characteristics that demand that organizations can’t sit it out when it comes to specific trends that will impact who wins and who loses in the next few decades. Broadly speaking: 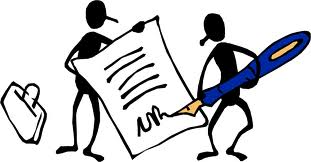 1. The customer contract has changed, forever. A prospect or customer’s expectations of how we engage and service her is now wildly different thanks to the social web. This requires a change in not just how we work at the edges (sales, marketing, support) but also depends on how nimble we are as organizations to rally employees, partners and suppliers around the prospects cause at hand.

2. I still remember the CEO of one of the largest spirits distributors sitting across the table and literally shaking at the idea this his business could get easily “Amazoned”. If Amazon was a threat to Barnes and Noble in 2000, imagine what the world looks like when I can walk into a BestBuy, scan a bar code on a SKU, have Amazon send me the best price online and proceed towards the exit. That’s a frightfully more radical scenario in any economy, good or bad. Service starts to become much more important if price arbitrage starts to become a thing of the past. Coined by Get Satisfaction, “Customer Service is the new Marketing” starts to become more of a striking reality.

3. Building on the Amazon / Best Buy example, a location aware mobile-first interaction with your business means that the lines are blurred between brick and mortar and digital for the foreseeable future. Fry’s Electronics here in Palo Alto gave me a discount when I showed them a lower price at Amazon on my mobile device. If the market is going to take a step back, you need to understand these dynamics so you can widen your customer footprint as much as you can. That means both find prospects wherever they are hiding but also have access to your best talent at all times to service this more demanding potential buyer.

This might sound like FUD but it’s not. Its an opportunity to understand and then react to a changing market. Same thing you’ve done as executives in down turns and customer shifts in the past. But more practical to do this time and in a way that won’t make your CFO reach for the antacid.

All of this makes me optimistic for the near term future of our industry. On one hand, it’s going to be more important to keep moving the ball foreword in 2012. But the mechanisms to do that thanks to easier interoperability, comprehensive availability of cloud based application services that looks like the longest Chinese restaurant menu you’ve ever seen, and finally, unfiltered visibility into what a prospect and customer expects from us has never been clearer. This results in a much more efficient approach to deciding where to spend dollars that really really matter. Note, I didn’t say easy. I’m saying necessary yet, much easier.

That to me is optimism not only to keep the lights on in a presumably tough 2012 but also to set the foundation for what competing means way beyond the living embers from this coming forest fire.

CEO at Kahuna, a cross-channel marketing automation platform that uses artificial intelligence to engage and convert consumers on the right device at the right time. Kahuna is trusted by modern digital products such as Dollar Shave Club, Yelp, GoPro and others. Prior to Kahuna, Sameer was SVP for Enterprise Social and Collaborative Software in SAP/ SuccessFactors cloud business unit. Sameer has been cited in publications such as CNBC Business, The New York Times, CIO.com and Forbes on high performing organizations, leadership, and trends in enterprise software.
« Previous Next »