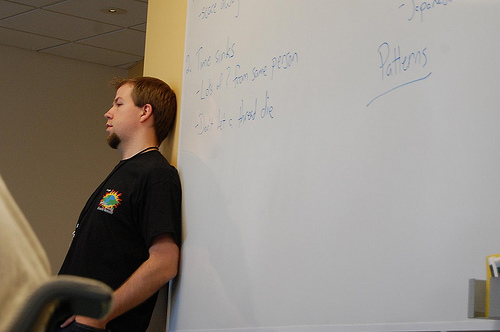 So today is Donnie Berkholz‘ first day as a RedMonk employee.

When we started on the search to hire an analyst with deep analytics skills a few months back I had no idea we’d find somebody so good. We had plenty of outstanding candidates throw their hats in the ring, but Donnie has the skillset we need now.

“So if you love developer tools, methods and mores, and want to be a developer advocate – pushing the biggest tech companies on the planet to do a better job serving developers, if you can tell stories that resonate, can riff with authority, and you know how to get the most out of logs and available data sources to build and stand up thesis about Developer Experience and how to improve it we’d love to hear from you.”

In my first email to Donnie I described him as a “terrifyingly good candidate.” In the intervening time I have only become more impressed with him.

People bandy around the term data scientist, but of course any scientist is a data scientist… and Donnie is the real deal. He was a Fellow in Physiology & Biomedical Engineering Pediatric & Adolescent Medicine at the Mayo Clinic, doing stuff like: 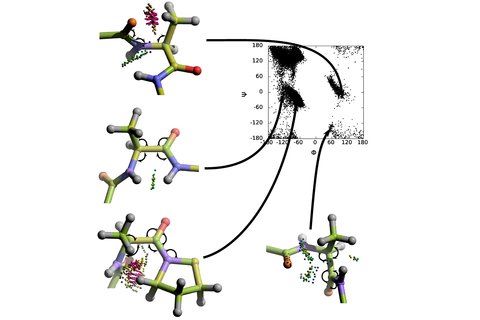 His previous role explains why we had to wait a couple of months before he could join us. When you’re doing disease research you can’t just swan off at a moment’s notice. So we have a PhD on the team. If you’re supposed to hire people that are better than you are then RedMonk is on track.

But what does biomedical engineering have to do with developers? Well Donnie is a developer at heart, and has been a long term open source contributor, a leading light in the Gentoo Linux distribution.

He understands, and does a great job of explaining How Assholes can Ruin Your Project (with data!). Our recent Monktoberfest conference was the first time I had seen Donnie speak, and I was impressed. No drama, just data.

In this age of Social Business you’d think we’d be looking for social in an analyst hire. Honestly- that wasn’t a huge deal for us this time around. But even during the hiring process I was blown away by the fact Donnie just dovetailed with us. If I wrote a post Donnie commented. If Stephen tweeted about some data, Donnie explained how to normalise it. He friended me on every social network I use, and engaged. More than any other candidate Donnie just became a natural part of the team… before we even made the final decision to hire him.

Honestly, I feel humbled that someone of Donnie Berkholz caliber has chosen to join us. He is passionate about RedMonk’s role as developer advocates, and that’s why he threw his hat in the ring. RedMonk is a purpose-driven company, and Donnie shares that purpose.

It may have taken us a while to get our new RedMonk Analytics platform into shape, but he will make a huge difference there. Its a business now, rather than an idea. I look forward to introducing Donnie to our community and our clients. I am sure you’ll all welcome him to the team.