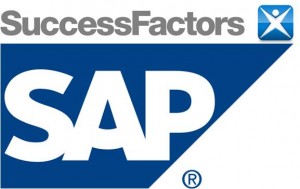 As the enterprise software market parses the news that SuccessFactors will become SuccessFactors, an SAP company, the question of how well SAP manages its M&A strategy is coming to the fore.

SAP has been buying small and large companies for a while, and though nowhere near as avaricious as Oracle or IBM, there are now three big buys – BusinessObjects, Sybase, and SuccessFactors – and countless smaller ones – most recently Right Hemisphere and Crossgate – to look at in judging how well SAP is doing in the M&A business.

The short answer of how well is easy: not well enough. That’s not to say that SAP is screwing up (though the early days of the BusinessObjects acquisition were hardly smooth sailing), but it does say that SAP needs to have a better-oiled M&A strategy to match the well-oiled technology and go-to-market strategy it is trying to build with these acquisitions.

The current case in point is mobile: The acquisition of Sybase was announced over 18 months ago, eons ago in the tech world, and SAP’s mobile strategy is still fragmented. There are some great gems amidst the fragments, and the SAP Mobile Apps store is a good starting point for understanding (not using, the apps aren’t available yet) where SAP is going. But it seems that every time I turn around there’s another mobile app from another group at SAP that is not necessarily connected to a pan-SAP strategy.

While this fragmentation is hardly a disaster, it does speak to the larger question of what happens when SAP buys a big technology company. One can argue whether Sybase was good buy, and whether Sybase Unwired Platform and Afaria are the be-all and end-all of mobile enterprise platforms, but it should go without saying that spending upwards of $6 billion on Sybase, not to mention the extraordinary executive time and effort that had to go into that deal, should put an end to internal fragmentation. Instead, it’s clear that a unified, singular mobility strategy is still pending.

We saw a similar effect with the BusinessObjects acquisition: fragmentation, competing product lines, and internal struggles over product and technology strategy. It’s easy to forgive SAP the chaos of the early years of that acquisition, considering its indisputable strength in BI and analytics today, but it was a pretty messy process that took, in my opinion, too long to sort out.

Part of what’s going on is the bi-polarity of the world of SAP. There’s more than continents and oceans that divide SAP’s Waldorf and SAP’s Palo Alto offices. The cultural gap between the two poles, however smoothed over by moving personnel back and forth and having both the CMO and CTO sitting in Palo Alto, is still vast and complex. This bipolarity pits different design, development, and business culture factors against one another in a global battle that is won as much by attrition as it is by the pure merit of one or another choice.

Into this complexity SAP overlays a consensus management process, with an executive board, a supervisory board, and teams of executives all over the world  weighing in on key decisions. At times this works extremely well, but all too often it yields a surplus of cooks and a potentially spoiled broth: Without the command and control structure of, say an Apple or an IBM, SAP sometimes has trouble matching the dictatorship of the markets with the dictates SAP needs to thrive.

Into this complexity SAP is now buying SuccessFactors. And sorting out the fragmentation in SAP’s HRMS strategy makes sorting out a mobility strategy look easy. As ably pointed out by the grande dame of HRMS, Naomi Bloom. SAP is sitting on a virtual hairball of HRMS code bases and products. Adding SuccessFactors to the tune of $3.4 billion should put the onus on SAP to figure out this mess and drive a unified strategy into the market. Will it be able to do so?

My concern doesn’t come with the SuccessFactors acquisition itself – this is a great choice for SAP, one that is desperately needed both in terms of what it means for SAP’s HRMS strategy as much as for its on-demand strategy. My concern comes with the suffix “an SAP company.” This works extremely well from a personnel standpoint, and is consistent with SAP’s culture, but, with the teething problems of BusinessObjects, and to a lesser extent Sybase, in mind, will keeping SuccessFactors independent be the right way to go? I’m not advocating the slash and burn strategies pioneered by Computer Associates and continued by Oracle, but I am a little wary of friendly acquisitions when the result is too much friendliness and not enough acquisition.

Why does SAP need this kind of unification so badly? After all, as I just said, BusinessObjects has helped make SAP a top BI and analytics company. The answer is simple: Oracle. SAP is fighting Oracle’s “engineered for investors” strategy by putting forth a more cohesive, better integrated, and therefore more cost-effective platform+applications strategy. One of the key value-adds that SAP can offer is a more integrated stack, better rationalized across the different pieces of its portfolio, that lies in sharp contrast to the dis-integrated, heterogeneous offerings and big integration price tag in the  Oracle applications strategy.

The point is simple: The more SAP makes these big acquisitions, the more it must ensure that this key point of differentiation is protected. This is less imperative in mobility, which is by definition new and different enough that any expectation of deep, built-in code-base integration is low. But HRMS is a very different, and if SAP is going to use SuccessFactors to beat Workday, Oracle Fusion, and Oracle PeopleSoft in the SAP core customer base, it’s going to have to build that integrated strategy quickly and convincingly.

Can SAP do this? I wish I was more confident that it could. I trust that the different market imperative for HRMS – and the enormous opportunity that SuccessFactors presents – can sharpen the company’s resolution and help quiet the internal politics, but it won’t necessarily be easy. Time is of the essence here – Workday is definitely on a role, and the PeopleSoft market is full of customers for whom an upgrade will in reality require a full re-implementation, and for whom non-Oracle SaaS opportunities are making the shortlist – and SAP has the chance to truly be in the right place at the right time with SuccessFactors.

But only if SAP can get this acquisition right, and get it right the first time…