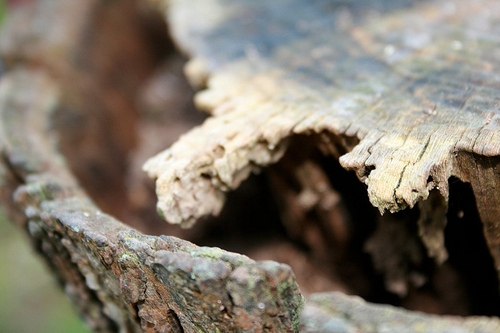 The Cracks are starting to show!

I’ve been gone from the SAP world for awhile now but I doubt I’ll ever be completely gone – too much of my blood is still in the veins of the Developer network. So when I saw all the back and forths about the recent “delay” of the relaunch of the new platform I decided it was about time I chimed back in a little on the topic.

So to set things a bit here I want to point out that over the years a lot of thought, energy and myself went into the platform and community and so it does hold special meaning to me which is why I can’t be 100% negative or positive about this announcement but I do think some things need to be said if for no other reason than I need to voice it to get it out of my system.

It’s an understatement to say that the decision to delay the launch was not taken lightly… it was really difficult, nearly excruciating after so much time and work has gone into design, build, migration, testing.  But, despite extraordinary efforts by our core SCN team, our partners in SAP IT, vendors/consultants, and key stakeholders, we don’t feel that the new platform is of high enough overall quality to launch to our community members. With a project of this size, there are literally thousands of moving parts, and we need to feel absolutely convinced that every aspect of the site meets our high standards. It is making progress but doesn’t meet those standards now, so we’ve identified what is needed to get it there, and we’re actively engaged around the clock in fixing those issues so we can deliver the new site to you in early 2012.

Much respect to Mark for making the tough decision, they are never easy. Especially when you have over 2 million people now so hyped up about the new platform.  However, with any major decision like this others will pick up on it and my friend and mentor Dennis did. He wrote a piece on his ZDNet blog talking about it and how this was a “fail” for SAP.

The black lashes started at this point it seems. The SAP community is a strong willed and strong mined group of individuals with an intense loyalty to each other and the hard working folks behind the community and my hat goes off to them, however I think Dennis is right and I am shocked and how much leeway the community is actually giving the team for this monumental failure in project management! I can understand Mark being upset with Dennis’ post

Especially sharp and biting criticism came via a very negative ZDnet blog.  Part of the reason for this very blog from me is an attempt to fill-in the gaps in information in order to satisfy that type of tough critique and others that might go un-written.  I hope my follow-on blog helps somewhat, although I’m not expecting that I can answer every criticism adequately enough to satisfy all of the critics despite the length and scope of this.

which he posted in his follow up post.  Again major kudos to Mark for his follow up and as some comments say, he should have lead with this one but…. “water under the bridge”

What I really want to get to and say is that I hope that everyone is truly looking at this whole debacle as what it really is… and it’s hard for me to say because I have friends involved on the team… it’s a FAILURE! No other real way to look at it. From a Project Management perspective who doesn’t know they have critical errors two weeks before go live? Yet still talks about how great the go live will be? I’m not saying this to be mean or point fingers I’m saying this because when you are dealing with a living breathing entity a mistake like this has to be seen for what it is and you have to learn from it. How many communities have ever attempted what SAP has here with this relaunch?

So to restate my stance now, I believe it was the right decision. I believe the team is doing it’s best and has the best intentions in mind, I believe Mark has done the best he can to show open communication and transparency. I believe this is a massive FAILURE.

Several comments talk about forgiving and quality coming first and of course the community is about the content and the people but what about credibility and the open communication on all levels and not just from the man at the top himself? Martin picked up on several of these points as well in his post.  As well as in his comments to Dennis on the ZDNet post.

HOWEVER …. Until Friday, SAP and the Community managers had presented the upgrade as a given. There is a credibility gap, and they will be given much less wriggle room by even me (one of their more ardent supporters) next time.

As the enterprise continues to embrace community I think this is a critical statement. In the past as a user of the technology you never really had a voice yet now you do and that voice gives you a lot of opportunities… SAP has been a leader in giving it’s Ecosystem the voice so now they need to take extra special care to ensure certain levels of credibility with their communications. I remember over the years the ghost writers for executives and yet SAP was one of the first who showed that our own execs (e.g. Shai Agassi) were not only willing to write but to do it also from 35,000 feet while on a flight.

So where and when did the process really break down? Why was SSO and Security not high priority items that should have been in place prior to even people entering as beta testers? Why did Thomas not mention any of these problems in the eGeeks podcast? Are they that critical? It tends to make one question the transparency and updates given or is Thomas just so comfortable with tech that he subconsciously skipped right over it? He did however mention SAP would be the largest implementation of the platform and also that a complete subset was created just based on the bugs but still he gave no indication of the problems shared with the broader community.

Should we be forgiving – of course the team is working hard however we have to learn and hope they learn from this as well. Mark even addresses this point:

Which again I think is great but I don’t want to blame I would rather see a “lessons learned” as a result, SAP has constantly been used as a showcase of “how to do it right” so now I think this is another opportunity to show what they learned from such a massive undertaking. Of course I also want it to be called what it is but that’s because sometimes the harsh reality is what will help others in the future when they begin to plan or move forward with the continued evolution.