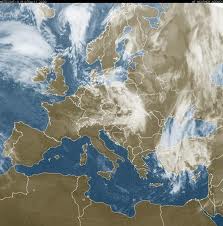 It strikes me that the UK’s attitude to Europe has a lot in common with many IT people’s feelings about cloud computing. Many Brits seem happiest about Europe when it’s at arms-length — useful for occasional visits and an important source of business, but not to be trusted closer to home. IT feels the same way about cloud — it’s OK for tactical SaaS apps or e-commerce sites but not seen as reliable for core processes. Brits talk about the importance of not giving up sovereignty to outsiders in the same way that IT people talk about keeping their data safe inside the firewall.

In these conversations, there’s never any consideration that sovereignty is often stronger if it’s pooled among 27 nations rather than defended alone; in the same way that security in the cloud is hardened when hundreds or thousands of customers share the cost of building and running it.

On the other hand, sharing your IT infrastructure — or your economic and political sovereignty — becomes a complex endeavor if you try to do it on any significant scale. While the economic advantages of pooling resources or sovereignty may seem self-evident, it’s important to fully understand and safeguard against the risks of multiple interdependencies. Europe has got into the mess it’s in now because the pact underpinning the single currency didn’t have what we in the cloud industry would call a strong enough SLA to bind the various participants. In fact, the penalties for breaking the rules were so weak that pretty much everyone ignored them. As a result, what looked like a great deal at the time has turned out disastrously now that the full extent of the risks has become woefully clear.

Success in the cloud, just as much as among the countries of the European Union, depends on fully acknowledging the concerns and risk exposures of all participants. Dogmatic insistence on preserving the ‘purity’ of one point of view or another is all very well in the early days of establishing a new and unfamiliar concept, but once it has proven itself, there is scope for accommodation and flexibility. In the case of the EU, I’m not sure that the politicians are going to be able to bury their differences, but in the cloud there are reassuring signs of reconciliation.

Two news stories in the UK this week hint at a mellowing of differences. First, there was a strikingly odd statement issued by Salesforce.com on Tuesday, welcoming the UK government’s newly published Cloud Strategy document. Odd, because back in September, the company’s CEO Marc Benioff had slated the UK’s G-Cloud project as “a big virtual machine that has not been executed well,” and called on the government to “stop hiding behind the private cloud.” This week’s statement glossed over the private cloud components that still form part of the strategy, and instead focused on congratulating the government on “embracing multi-tenant public cloud services” along with G-Cloud’s App Store-like procurement framework.

No doubt this olive branch is partly motivated by wanting to curry favor with public sector buyers, who will find Salesforce.com among G-Cloud’s approved list. But it’s also a diplomatic gambit, designed to show a willingness to praise the positive rather than emphasizing differences. As Salesforce.com increasingly seeks to build its enterprise footprint, it has to speak in terms that demonstrate it understands the issues its potential customers face as they adopt the cloud.

The second news item came from UK cloud collaboration company Huddle, announcing a tie-up with VMWare to integrate with the vendor’s Zimbra mail platform. Huddle is a pureplay cloud provider but already operates a separate instance on the UK government’s highly secure private cloud for restricted data. Huddle’s strategy firmly targets the business and enterprise market and, like its larger and better-known US rival Box.net, it is working hard to meet enterprise demands. Increasingly, that means engaging with hybrid environments that straddle private and public cloud infrastructure. There was a time when cloud pureplays would have asserted the enterprise should simply move everything to the cloud. Today, their approach is more pragmatic.

While some in the cloud world may view these steps as foolish concessions, others will see them as necessary accommodations to help enterprises navigate their way towards making better use of the cloud. Of course, there’s always a danger of giving up too much ground and ending up with a solution so compromised that it pleases no one. Understanding where to draw the line is crucial, and making sure each side realizes why those lines exist is the key to findig a lasting settlement.

I’ve been mulling all this deeply mainly because I was in Paris on Monday for the finals of this year’s EuroCloud Awards [disclosure: I’m a vice-president of EuroCloud]. There were winners from Sweden (twice), France and Luxembourg, demonstrating a wide range of cloud activity across the continent. Cloud in Europe is set to get a useful boost from plans to harmonize data protection laws across the EU, making it easier to offer cloud services cross-border. This is a good illustration of how pooling sovereignty benefits both individual citizens and businesses. Let’s hope misplaced national interests don’t scupper the initiative.