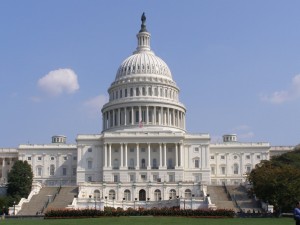 Instead of constantly playing defense against congress, we should pass a Protect the Internet Bill.

SOPA and PIPA are very dangerous symptoms of an underlying problem. Powerful embedded interests from the entertainment to the telecom lobby will continue to introduce legislation that threatens the net. Congress will continue to be driven by these interests and their technical illiteracy will only make it worse.

While I can dream about a Protect the Internet Bill that would build upon the Framer’s intent for Freedom of Speech, Freedom of the Press, Freedom of Assembly — a modern legal framework to support our basic right to connect would overreach.

Instead, I would build upon the US State Department’s recognition of the role the internet plays for freedom and development of civil society. A bill that seeks enshrine Net Freedom as our National Interest, which begins at home.

A bill that says congress shall pass no law disrupting the fundamental technical underpinnings of the net. That’s it.

Net Neutrality was a great example of going on offense (albeit, when we were on our heels). Let’s start again with more basic protection of today’s net.