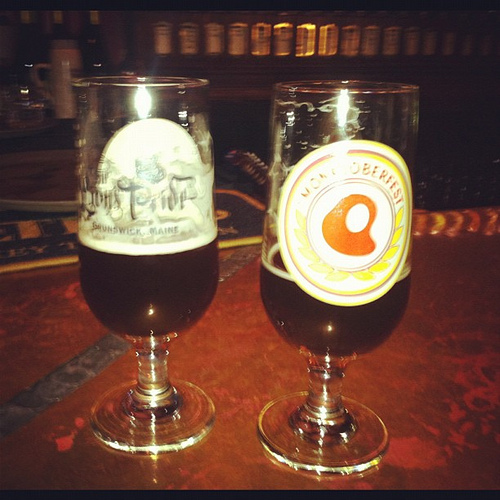 Come to our conference in London on February 1st. You should buy tickets here.

The core idea behind curating the RedMonk Brew series of events is to examine how social is changing technology adoption, development and management. For all the manic celebration and high-fiving around products, platforms and technology in our business it seems that the most important constituents – the people that actually design, build and run applications – are often an afterthought. Neglect them at your peril though, because they are the New Kingmakers. From agile to devops to distributed version control systems (DVCS) to bottom up platform adoption to social analytics and Big Data, practitioners are making the difference in differentiating, and differentiated businesses.

We bill Monki Gras as a developer conference because its aimed at people that get stuck in, that aren’t afraid of code. But that’s certainly not to say non-developers won’t get something out of the show. Want to know how Procurement as We’ve Known it is Finished and what are the implications? If you’re interested in the basics of how to get people in different locations to work together there will be plenty here for you.

Regardless of what you call it, social is having a massive impact on tech. Consider that its increasingly commonplace for folks to say that Linus Torvalds will be better remembered for the Git DVCS than Linux. What made Git such a success? The Github social network for developers.

I argued a few years back Open Source is an implementation of the Social Networking pattern. Nothing in the intervening time has served to change my view. Of course the touchstone of much of that kind of thinking has to be Tim O’Reilly, as he laid in 2004 that the successful Web platforms are Architectures of Participation. As usual Tim was about 8 years ahead of the rest of us – Github is the canonical architecture of participation for developers, which has been so effective that some people are now questioning whether open source governance is even necessary any more. See “Apache considered harmful“. Mike Milinkovich, executive director of the Eclipse Foundation, is sure to have some thoughts on this subject in his Monki Gras talk about the impact of social on open source governance.

If you’re interested in how businesses are blazing trails in Social Analytics, learning from the instrumented web, creating new business models based on data analytics, talks from Matt LeMay at Bitly (Kitteh vs Chickin) and Greg Avola, founder of Untappd, of the beer check in app and official social network of Monktoberfest, will have you leaning forward and nodding – both speakers are also pretty funny.

A conference about social and tech that didn’t have a solid look at user experience design would be lacking, and we’re lucky to have Leisa Riechelt talking about her experiences helping people to build more usable systems and services. Paul Downey, founder of Solderpad, will talk about the future of electronics design collaboration (Git-enabled, of course).

One of the highlights of the first event in the RedMonk Brew series- the inaugural Monktoberfest (here’s What You Missed according to ReadWriteWeb) was a session from Zack Urlocker, COO of Zendesk. The theme of the speech was best practices in distributed software development, and the beers that go with them. For the talk Zack asked some of the best development managers in the industry, folks he had worked with at companies like MySQL AB, how they managed distributed teams in terms of tooling and management practice. He then asked them what their favorite beer is. He crafted the feedback into an outstanding presentation – this video interview gives you a feel. But what really made Zack’s session rock at Monktoberfest was the knowledge that came from contributions from the floor; many delegates had extensive experience of managing and working on distributed development and contributions came thick and fast from people like Mike Shaver and Theo Schlossnagle, and of course our own Donnie Berkholz. The international flavor of the content was emphasised by the some of the patriotic beer choices- we all tend to think our brew is tastiest (except for aggressive Belgophiles like Stephen). So if you want to know how freezing your proverbials off in an Icelandic anti-sauna can pay dividends in team bonding this is the talk, and conference for you. For the Monki Gras this will be a special session, with collaboration built in, hopefully building on the excellence of round one in Portland.

There will be plenty of other excellent speakers (we plan to keep talks short and sweet, and there won’t be a a sales pitch in sight) and I will be pointing to them over the next few days.

By now, you might be wondering yeah yeah yeah, but why beer at a tech conference? For one thing monks love beer. For another… What could be more social than beer? Alongside the rise of craft and social approaches to software development, we’re also currently seeing a resurgence in craft brewing in the UK, and even cross-brewery beer collaborations from folks like The Kernel in Southwark and the Mikkeller in Copenhagen (hopefully we’ll see them on the day, too. So RedMonk Brew is where OS kernels meet hop kernels. I suggest you come along.

Initial sponsors include Appirio Cloudspokes, Joyent and Zendesk. Again – expect more news on that front over the next couple of days.

Why not follow Monki Gras on Lanyrd to see who else is coming.