A Simplified Purchase-to-Pay Maturity Model: A Short Rant and Context (Before the Good Stuff) 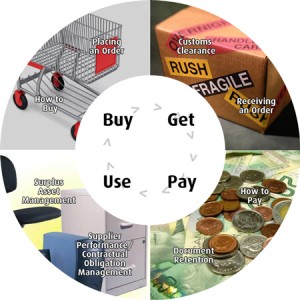 As a former consultant, I’ve spent more than my fair share of time coming up with maturity models for this and that. I’ve found over the years that in many functional areas as well as the technologies that support them, the nuance between one step and another in a various maturity framework might seem small, or even difficult to detect. But for procurement, there’s such a vast discrepancy between the sophistication of organizations, perhaps owning to how long it took for the function to gain a voice inside most companies — not to mention how long technology evolution evaded the function.
After all, it wasn’t until a decade ago — yes, only ten years ago — that vendors like Ariba (make that five years ago for the ERPs) could finally begin to lay claim to successful P2P deployments rather than simply squandering millions from customers in failed or sub-optimal Tradex and Buyer roll-outs. So to borrow an age metaphor, if solution areas like CRM are just getting married in their mid-thirties, P2P still remains in late adolescence — pimples, uncertainty, awkwardness and all (plus lots of broken hearts, and sometimes worse).

A good many Spend Matters readers are undoubtedly scarred from early implementation tragedies with procurement systems. One observation I’ll make of technology rollouts at the time is that software selection and deployment often came ahead of general functional transformation, awareness and change management — especially at the frontlines of the business. This is yet another reason why understand maturity models in the context of both organizational and solution readiness and capability is so key. Ask yourself: by 2002, Ariba may have had a P2P solution for indirect spend that really worked (it did) but what percentage of the Global 2000 was actually ready for it at the time?

As you can tell, I’m a big believer in understanding organizational maturity as it relates to organizational readiness for technology — the right technology. In a series of posts starting next week looking at P2P maturity specifically (inclusive of eProcurement, e-invoicing and services procurement), we’ll begin to share and construct a maturity model that considers the best types of solutions based on the sophistication of companies. Up first: Level 0 or “stage zero” maturity (followed by level 1 or “foundational” maturity).

This should be fun. At best, I hope the series invites some honest introspection from readers regarding their own environments. At worst, at least you’ll get at least part of the fodder to construct another framework if someone requires your analysis and opinion on the subject (without paying a consultant six or seven figures for it).

In the meantime, we encourage you to download our P2P systems primer in our Compass Research library: A Foundational Look at P2P Technologies