The cloud is forked 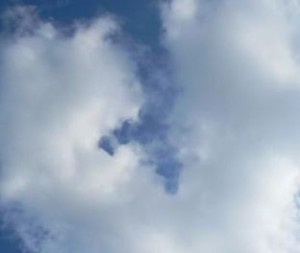 There’s a huge variety of different definitions of cloud floating around. Some are just plain wrong, while others are only valid in specific circumstances — cloud strategies that are right for certain organisations at certain times aren’t necessarily right for others (or even for the same organisation later on in its evolution). It’s tough for any enterprise decision-maker to figure out the right path.

While pondering this conundrum, I recently found some insightful perspectives in a blog post by Randy Bias. Despite our previous disagreements over the future of private cloud, I felt that in Cloud Computing Came to a Head in 2011, he has put his finger on a crucial distinction: there are two types of cloud out in the world. Or, as I’ve put it in the title of this post, the cloud is forked.

How has this happened? It’s because people take a while to digest the full extent of what it means to go cloud. Bias’ post is very helpful in this respect, because he describes the various phases his own thinking has gone through over the past few years, seeing cloud first as being all about IT automation, then as virtual machines in virtual data centers, and then finally — and most radically — as “a new kind of IT.”

That final leap is where the fork has opened up. As Bias observed, “I could see that most everyone involved in the cloud computing space was spending time trying to retrofit the notion of ‘cloud computing’ to their existing business models and technology.” This type of behavior is, frankly, a frequent phenomenon with emerging technologies. I think of it as ‘horseless carriage syndrome‘ — the propensity to interpret a new technology using familiar concepts from the existing world, rather than seeing it in its full, native potential. In the SaaS world, it leads to what I long ago called SoSaaS — Same old Software, as a Service.

In the cloud environment, the ‘retrofitting’ that Bias alludes to results in private cloud projects whose main focus is on lowering operating costs and perhaps integrating better to some public cloud resources, but otherwise carrying on much as before. In the past, I’ve warned against this approach, and Bias notes that many such projects end up not only unable to deliver the benefits of cloud computing, they don’t even achieve a proper return on investment. Nevertheless, this is the type of cloud strategy that many of the established enterprise vendors and systems integrators will recommend. It’s very commonly adopted by organisations that find it more palatable than the disruptive move to ‘web-scale cloud’ that Bias argues is preferable because of the “business agility and top-line revenue growth” it enables. But he concedes that this form of cloud is poorly understood by all but a few practitioners.

So, as Bias concludes, we have ended up with two ways to implement cloud in the enterprise: “clouds built using existing ‘enterprise computing’ techniques and those using emergent ‘cloud computing’ technologies and thinking.” The cloud is forked, and while one path, though well-trodden, seems fundamentally flawed, the other remains a more challenging work-in-progress. A fork, then, that embodies the horns of a dilemma for enterprise decision makers. The path with less risk offers negative rewards, while the path with most potential rewards embodies far more risk.

One response to “The cloud is forked”