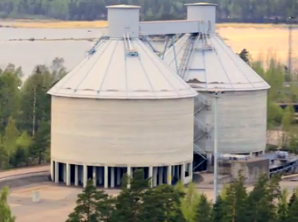 One of the fundamental principles when implementing cloud computing is the concept of repeatable scale. There was a great illustration of that principle in operation in last week’s Wired report on Google’s data center built in an abandoned paper mill in Finland. Repeatable scale starts at the hardware layer, by kitting out the data center with identikit server building blocks that can be virtualized without having to take account of individual physical servers because they’re all the same. Google calls this ‘warehouse-scale computing‘. Except that with Google, it doesn’t stop at the walls of the building. Its computing runs at planetary scale.

Sometimes, conditions in an individual data center mean that computing loads have to be moved out of that location to other data centers, either partially or completely. The Wired article (with a little help from The Register) confirms that Google uses a software utility it has devised called Spanner to do that automatically. In Google’s own words (as The Register originally reported), Spanner is a “storage and computation system that spans all our data centers [and that] automatically moves and adds replicas of data and computation based on constraints and usage patterns.” The automation is capable of initiating a virtual evacuation of a data center in seconds, without human intervention. Now that’s what I call a cloud.

When running a cloud at that kind of scale, you start looking very closely at the huge sums you’re spending on power and cooling. The Finland data center takes a creative approach to reducing its power bills (at the same time as improving its green credentials) by using naturally chilled seawater for heat exchange rather than the usual electrically powered air conditioning units. That takes out an important slug of energy costs that help make the operating costs of Google’s cloud even more economical than less highly scaled competitors, reinforcing its competitive advantage as a public cloud provider.

Of course it’s also true that what looks like a public cloud to the outside world is just as much a private cloud from Google’s perspective as any enterprise IT infrastructure — especially one that is accessed from the public Internet by customers, partners and employees. Therefore, if you really want to know how to build a private cloud, you should take a serious look at what Google is doing. Although it’s more secretive about the inner workings of its cloud than most, any rare glimpses of how it operates provide a useful insight into cloud best practice. Not everyone’s cloud will span the planet, but no cloud can be a competitive proposition unless it’s got the potential to scale massively.