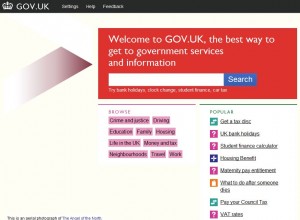 One notable nugget buried deep inside Alex Howard’s O’Reilly Radar write-up of the UK’s new online government platform is that it runs on Amazon EC2. Not hosted on some private government cloud but on the same public AWS servers that everyone else has access to. That’s a vote of confidence in the robustness of public cloud platforms that deserves attention. UK citizens will use gov.uk to do things like find out how to pay local taxes or report a lost passport, ultimately replacing the current Directgov website as well as adding extra services (also see FT Tech Hub coverage).

That’s not the kind of activity you would want anyone snooping on, so security will have to be strong. Data protection will have to meet EU requirements too. It’s good to see the UK government putting its trust in a cloud platform to meet these compliance needs (although to be honest, the performance bar has been set pretty low considering its history with losing citizen data even in the offline world).

The platform underlying gov.uk is full of cloud goodness. The EC2-hosted instances run Ubuntu Linux and the infrastructure automation is coded using Puppet. The code itself, although written in-house, has been released as open source and can be downloaded from GitHub. It’s mostly in Ruby, with MongoDB and MySQL providing the database components. Files are hosted on S3, email messaging runs on Amazon SES and Gmail, the DNS is hosted by Dyn.com. Even the website fonts are sourced from online service Fonts.com.

The messaging around this beta launch of the service suggests the UK government actually ‘gets’ the cloud. Francis Maude, government minister for the Cabinet Office, said in a statement that “IT needs to be commissioned or rented, rather than procured in huge, expensive contracts of long duration.” He’s also said that, “It’s not about cutting 10 or 20% from the cost but how to do it for 10 or 20% of the total cost.” With the UK’s record of delivering public sector IT projects that underperform for 10 to 20 times the original estimates, that’s quite a breathtaking target, but fully in line with what ought to be possible with cloud.