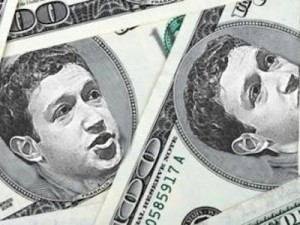 Like most people, I had the opportunity to review Facebook’s IPO filing yesterday and admit that, like Apple’s recent earnings announcement, this is pretty damn impressive.

Here are a couple of lessons worth reinforcing:

1) People’s view of what is normal and acceptable in emergent online activities is constantly evolving. What Facebook deserves a lot of credit for is not allowing itself to be held back by what a small and vocal group of critics said they should not do. As a result, by constantly pushing forward, and making mistakes, Facebook created a new normal that in retrospect would never have been accepted even 5 years ago.

2) Zuckerberg, like Larry Ellison and Bill Gates most notably, retained tremendous control of their respective companies through outsized stock ownership and voting structures that assured them total control of their destiny. Shareholder rights advocates will say that this is precisely what needs to change about corporate America but stock ownership is not a democracy where every vote is equal… but it is also a structure that shareholders opt into when they buy stock in a company.

3) Don’t discard old business models because they are old… Silicon Valley is home to the shiny new object syndrome and we often forget that old business models are referred to as old because they WORK. Facebook was criticized for not having a business model, well they did and it was a tried-and-true one… advertising. Turns out that a company can still make a boatload of money doing this and it doesn’t require a 60 slide powerpoint deck to explain it.

4) Raise boatloads of money when it is available to you, and do it on your own terms. Facebook benefited from a wide range of factors that drove interest in the company, not the least of which was that for private equity investors who had large funds to put to work, there were few options that scaled to the degree that Facebook did. These investors are not looking for the returns that early stage VCs are, so they were happy to put large amounts of capital to work at high valuations, and it appears that these bets will pay off. Mutual funds and other traditional investors that bought stock in the private secondary market that emerged were also reacting to a scarcity of investment options. The real lesson here is not to be constrained by the traditional venture capital cycle when macro conditions create an environment that allows you to be non-linear.

Lastly, I’ll refrain from repeating the oft-repeated mantra about hiring the best people… would you hire anyone but the best? I hate it when people say things which fall into the stating of the obvious category.