Talk of the Web 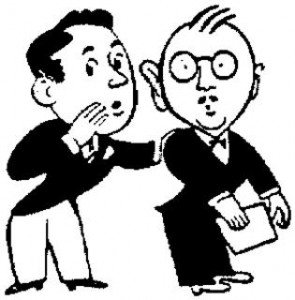 There’s been a lot of activity on the Web and in our industry in the last week and I thought it might be fun to try and tie at least some of it together.  Much of it in one way or another involves Facebook—or FB as the proposed ticker symbol suggests.

Part of an email from John Borkowski of WebiMax reads:

“Kenneth Wisnefski, online marketing expert, and founder / CEO of WebiMax, suggests Facebook will not be worth the investment.  “In the first few days of trading, I expect the stock price will soar due to social-media hungry investors,” states Wisnefski.  (We saw this with LinkedIn’s IPO).  “However, once the market absorbs the emotions and begins to invest based-on fundamentals, it is clear Facebook will not be a solid investment.”

“Wisnefski refers to Facebook’s few revenue streams.  Given the fact that 85% of their revenue is dependent on ads, the company is not diversified enough to generate income from additional streams.  EMarketer reported that Facebook’s ad sales grew 104% in 2011, but are only expected to climb 58% in 2012, and 21% in 2013.  The diminishing growth stems from intense competition from Google and Bing and suggests advertising on Facebook may be – simply put – a fad.

“Thanks for this information.  There’s a lot to agree with but I am not sure I agree with your conclusions.  In any investment scenario you have to consider the time horizon.  FB will be an interesting flip for those lucky enough to buy at the offering price and if history is a guide it will settle down as more value conscious investors refuse to pay the premium and pick it up after it settles.

“Longer term you are right, the company has a structural issue with its markets but the thing your analysis omits is the potential the company has for growing new markets as well as for capturing share of what’s there already.  It’s risky in investments to take into account futures that are not even or barely imagined but I suspect that someone buying FB after the hoopla and who holds the stock for a number of years will discover they’ve bought the next Apple and they will be amply rewarded.

Reasonable people can disagree.  They should too because I am not licensed to give financial advice—keep that in mind.

Salesforce announced desk.com, a rewrite of Assistly on Force.com, which the company bought in September.  Desk.com is Salesforce’s entry into SMB support.  It’s quite a trick and I like the idea, especially the innovative pricing model, which is custom tuned to SMBs.  For more of my analysis, you can go here.

Then there’s the broader world, there always is.

In Friday’s New York Times (I should say that I will always be a Red Sox fan, but the Times rocks) there was a lead article that brought social media into the public square for the second time in a couple of weeks.  The breast cancer advocacy organization (I guess that’s really anti-breast cancer if you want to get technical) Susan G. Komen for the Cure foundation announced it was no longer funding breast exams through Planned Parenthood.

Apparently the Komen people were getting nervous about being singled out for supporting Planned Parenthood by Republican presidential candidates and their mysterious Super PACs that Mitt Romney seems to think are people too.  There’s precedent for this case of jitters.  Look what happened to the community-organizing group, Acorn, in the last election when it was linked to that radical socialist Barak Obama.

But four years is a long time in politics and it is practically a geological era in tech.  Four years later we have FB, Twitter, LinkedIn as mature products and as I wrote recently, ordinary people are regaining a sense of the commons and commonwealth as a result.  The people have their soapbox now.  It’s electronic, digital, mobile and global.

And speaking of global, back in the Middle East Iran actually tried to rebrand Arab Spring for its own purposes.  In a ham-handed effort reported in the Times, “More than a thousand young activists were flown here earlier this week (at government expense) for a conference on “the Islamic Awakening,” Tehran’s effort to rebrand the popular Arab uprisings of the past year.

Didn’t work.  Not even close.  Thumbs were typing and unless the clerics in Teheran wise up they could be next.

Finally, by now the Super Bowl is old news but as I write it, everything is in the future.  One thing that’s not in the future and which is again brought to us by a combo of social media and YouTube are the Super Bowl ads, which started leaking out weeks ago.  Another article from the Times  discusses them and more importantly, references many a big agency that brought them to life.  It seems you can’t swing a proverbial dead cat without finding some social media expert these days.

Good on them all.  What did we do before social media?  It’s now embedded in our lives with no sign of going back.  It’s certainly made our lives richer and more productive and it’s brought us together on important issues.  But now we need to stay vigilant to prevent it from being completely co-opted.  The attempt to rebrand Arab Spring might have been ham-handed but it could happen anywhere.  And as far as the FB IPO naysayers are concerned, we’ll have to wait and see.  But I’ll sleep well.

One response to “Talk of the Web”