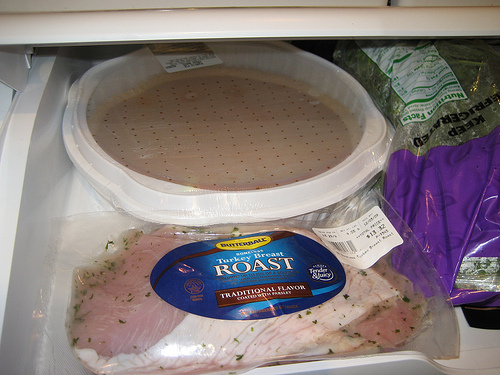 It’s the Thanksgiving edition of numbers, this week. While we “don’t do numbers” here at RedMonk, I come across many interesting numbers each week. Here are some:

Since all existing Time Warner shareholders will become shareholders of AOL, if a lot of them decide to dump their shares that would create downward pressure on the stock. But Anmuth feels that a fair valuation [of AOL] is $35 to $39 a share, giving AOL a market capitalization between $3.8 billion and $4.2 billion. As AOL goes through its layoffs and other cost-cutting, those measures should help its free cash flow by eliminating about $300 million in annual expenses.

Aside from a general “whu?” about Aol doing an IPO, I love these plans that go something like: (a.) kill off the staff that helps generate revenue, (b.) free up cash!, (c.) we’ll generate even more revenue with less people!

Yeah, and millions of XBoxes sucked down more power for it

According to Microsoft spokesman David Dennis, the first-week figures show that at least 2 million Xbox Live users have logged into Facebook, and that half a million Last.fm accounts were created in the first 24 hours of availability. Dennis didn’t address how many Xbox Live users have used the service’s Twitter feature, except to say that there have been “tweets from nearly every market where we have Xbox Live.”

I logged in to these as well – pretty nifty and a nice interface. However, the XBox makes such a racket with fans and whatnot and my TV puts off so much heat that I don’t want to pay the power bill to run them all the time. Bummer, cause the Last.fm interface would be great. I have no evidence, but I’d think the Chumby would do the trick slightly better (for Last.fm) and use less power. Their interface is pretty terrible though.

Hewlett-Packard’s profits grew 14 per cent in the fiscal fourth quarter, boosted by corporate cost-cutting and solid performance by its enormous services unit.

Only 15 per cent they bought a netbook becuase of its low price. Of all netbook buyers, two out of three use it in addition to another PC, Welch said.

Netbooks are three times more likely than a notebook to be used outside the home, said Welch. It’s a sure sign that consumers want greater mobility, he added, and the netbook form-factor gives them that.

And a companion piece on Linux vs. Windows on netbooks.

It’s important to understand just how quickly things are changing. Part of this comes down to the hardware replacement cycle for these devices. A PC generation is traditionally 18 months long and most of us are unwilling to be more than two generations behind, so we get a new desktop or notebook every 36 months. Mobile devices don’t last that long, nor are they expected to. The replacement cycle is 18 months, reinforced by customer contract terms that give us a new device every couple of years in return for staying a loyal customer. Mobile hardware generations last nine months, and 18 tends to be the maximum time any of us use a single device.

According to Larry Ryan, Hewlett Packard’s chief technology officer for worldwide financial services, automated high-frequency trading is responsible for 50 percent to 70 percent of equities trading volume on any given day.

To speed up automated trading, HFT firms typically colocate the servers that house these strategies in a data center at or near the major equity venues; firms that trade across multiple execution venues may pick a neutral data center in the middle. “Everyone is trying to take latency out of their systems — the trading venues, the ECNs, the exchanges are trying to trade faster because the broker-dealers are directing order flow based on [the venue’s] the response time,” explains Ryan.

Disclosure: Microsoft is a client, as is HP. See the RedMonk clients list for other related clients.