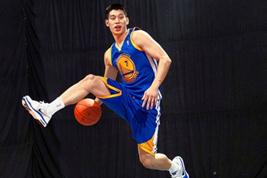 Within one week, Jeremy Lin, has gone from a relative unknown to a global sensation. In the same week, he went from near unemployment to a sporting sensation now referred as “Linsanity“.

Interestingly, about 1 ½ years ago, the Hoops Analyst blog nearly predicted his imminent success. When analyzing his college performance, particularly 2-point field goal percentage and his RSB40 (a combined score of rebounds, steals and blocks per 40 minutes) he ranked among the elite. These numbers are important as they highlight the potential for future performance and “show NBA athleticism better than any other, because a high score in both shows dominance at the college level on both ends of the court.”

When circumstances change, in this case a promotion to the NBA, opportunity and situation play an important factor that is hard to measure. Additionally, one week is yet statistically significant and time will tell if his performance can be sustained over time. Nonetheless, those that analyzed his past performance shouldn’t be surprised by his rising star.

That begs the question – why aren’t most companies analyzing their employee data to find the rising stars. One could argue that Jeremy Lin’s heritage (Chinese) and experience (Harvard) didn’t necessary sound the bell in an industry where pedigree and success looks very different. Every company must have many Jeremy Lin’s running around their offices. The answer, though, is most won’t be found (and likely lost) until performance focuses on the outcome instead of the process.