The King is Dead, Long Live the King: The end of ERP and the birth of the Hybrid Enterprise 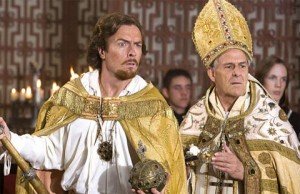 The future of the enterprise seems to be very much up for grabs: just as Salesforce.com proposed the end of software, and then became very much a software company, Zuora’s CEO Tien Tzuo recently authored  a much referenced article on end of ERP, despite the fact that Zuora is very much a player in enabling a new hybrid enterprise that needs ERP as much as it needs Zuora’s subscription billing software.

What Tzuo does get right is that business models are rapidly changing all over the globe, and those business models that are more suited towards the services world are not well-suited toward utilizing traditional ERP software – which itself is an outmoded term more rooted in old-style 20th century manufacturing than it is in the dozens of industries and lines of business that “ERP” companies like SAP, Oracle, Microsoft, and Infor now develop or sell on-premise software for.

What really is dead or dying is the pure on-premise business, and with it the notion that IT is a purely inside-the-firewall phenomenon.  And what is growing by leaps and bounds, aided and abetted by pure play SaaS vendors like Zuora or Salesforce.com, is the hybrid enterprise.  Indeed, the question for many of these pure play SaaS vendors is whether, in the long run, they’ll be able to sustain their growth and market clout without having something to sell to the on-premise world.

While there is no denying the extraordinary growth of companies like Salesforce.com, the problem of coexistence with the on-premise world has always been the bête noire of many pure-play SaaS vendors.  Zuora embraces  this coexistence, as its subscription  services model is unlikely to become the system of record in most of the large enterprises it is now targeting. And the problem has been mitigated in the case of Salesforce.com by the extraordinary demand for automating customer interactions in every industry and in every geography, independent of an immediate need for back-office connectivity. But as CRM on-demand and other SaaS models mature, the fact remains that co-existence with the world of on-premise software, not its end, will be the dominant model for some time to come.

What I do grant Tzuo is that the definition of a customer and what the customer’s relationship is with the enterprise will never again be the sole purview of an ERP system, if it ever even was. There is too much that is changing – in the product and customer lifecycle – to think that ERP will evolve at its core to take on these new responsibilities. This is one of the fundamental phenomena  that Tzuo refers to in postulating the end of ERP software, and I agree wholeheartedly that ERP won’t be the software that crosses that chasm.

But while many SaaS companies can look to purebred SaaS –based business models for much of their early growth, this dependence on net-new processes masks an even greater opportunity in hybrid business models.  A good example comes from the ability to take the best of the new SaaS customer interaction models and use those data to create a vastly improved and nuanced demand model for the enterprise. This improved demand signal feeds directly into the very ERP and supply chain management systems that are supposedly on their death bed. While much can be done in the cloud to improve that analysis – just ask Demand Solutions, Kinaxis or E2Open, among others  – the results of those cloud-based analyses will not only add value to existing on-premise systems but actually extend their lifespans.

The opportunity for hybridization isn’t just about process, it’s also about amortization and user acceptance, and the reality of how far the SaaS products of today can go in the enterprise. First and foremost, let’s agree that there’s really no way that a global ERP instance a la SAP ECC or Oracle eBusiness Suite could be ripped out and replaced by any current SaaS ERP product on the market today. Or tomorrow: neither Oracle Fusion, SAP Business ByDesign, or Netsuite  can play this role today in the near future.

And even if tomorrow a product emerged that could, what possible financial incentive could there be to rip and replace an existing large enterprise on-premise system with a SaaS competitor? Large enterprises that are deeply entrenched with a given vendor product can’t be incented to move to a competitor’s on-premise product for love nor money, much less move to a new vendor with a pure SaaS model.

Despite the opex vs. capex benefits of SaaS, the disruption of such a large-scale project would be extraordinary. The end of ERP would be more like the death of a thousand cuts – a whittling away at the edges, slice by slice –  but that could still take eons in technology time to take place.

The other problem with the end of ERP is user acceptance, and here I have to deviate from the common wisdom that new SaaS software is, ipso facto, more user friendly than non-SaaS software. (In fact, some of this “new” SaaS software is more than a decade, and several paradigm shifts in user experience, old.) That, indeed, is not even the issue. The issue is that when it comes to enterprise software, familiarity breeds contempt of new software, and moving the enterprise lock, stock and barrel from any well-entrenched user experience to a new one, much less from an on-premise model to a SaaS model, involves expending enormous amounts of political capital. And for now, there’s no post-ERP option worth that expenditure.

So, excepting the green field opportunities, the hybrid enterprise, not the pure SaaS model, will be the dominant model for some time to come.  And it’s this growing predominance of hybrid IT models that is driving SAP’s recent acquisition of SuccessFactors and Oracle’s recent acquisitions of RightNow and Taleo. While many see these companies’ efforts as acts of desperation, signs that the old dinosaurs won’t go down without a fight, the reality is that SAP and Oracle are responding to a market opportunity to be the alpha software vendor in an increasingly complex business environment, one that combines – instead of eschewing – the older on-premise world with the new on-demand world.

This hybrid future is what is also driving Microsoft’s Azure strategy, and Infor’s growing proximity to Salesforce.com’s Force.com and Infor’s integration as a service offerings. Even without buying their way into big cloud acquisitions like SAP and Oracle, companies like Microsoft and Infor are also furiously ramping up their hybrid enterprise strategies.

Perhaps the best indication of the growth of the hybrid enterprise can be seen in the spectacular success of Informatica. Once the denizen of a sleepy corner of the data integration market, Informatica has now emerged as  a powerhouse in the integration of cloud and on premise data. The opportunity to mix and match big data in the cloud with big data in the enterprise has been powering Informatica’s industry and recession-busting growth, with no end in sight. The beauty of Informatica’s business model is that there’s a lot of complexity in powering the hybrid enterprise, and a lot more to the data end of the problem than the old ETL triumvirate of the on-premise database world.  As enterprises move towards this hybrid model, they’re going to need a lot of the non-ETL offerings in the Informatica portfolio.

So, rather than the end of ERP, I see a resurgence of ERP: one of the effects of all the Zuora’s and Salesforce.coms, and Workdays – and  SuccessFactors and RightNow and Taleo — will be to extend the value of core ERP for some time to come. I look at this phenomenon the way I look at home improvement: while it may be a lot of fun to imagine tearing down and starting over, if the foundation is solid and the neighborhood is still good, it makes much more sense to upgrade the wiring, build a new addition, throw some solar paneling on the roof, and stay put.  That’s the most likely role of SaaS in the enterprise: enhance the value to the core on-premise systems, rather than replace them.

There will be a total end of software, a final SaaS revolution, but it will take time, lots of time. The proponents of revolution always have an abundance of vision and limited patience, but the fact remains that change happens in the business world more slowly than any of the proponents of SaaS would like to imagine. Their time will come, but not until we’ve squeezed a lot more value out of the hybrid model. And there’s still lots more value to squeeze, even in those old, supposedly dead ERP systems we all love to hate.

6 responses to “The King is Dead, Long Live the King: The end of ERP and the birth of the Hybrid Enterprise”