How the Vatican Protected Its Web Site 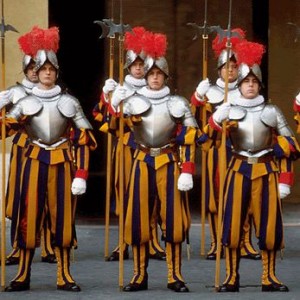 This article on computer security in the New York Times earlier this week got my attention and impressed the heck out of me.  I know security is not my usual gig (boy do I know that!) but when something this good comes along, I just have to write about it because writing about technology is my gig.

It seems the pesky organization Anonymous targeted the Vatican website back in August and failed miserably to cause any damage and an effort to swamp the site and create a denial of service situation was at best mildly successful.  But before you start looking for miracles or other divine intervention let me say that there is a simpler explanation that we can all take to heart.

According to a report that Imperva, a computer security company in Redwood City, CA, planned to release this week, it all added up to taking good and appropriate steps to lock down the Vatican site to prevent hackers from penetrating the system.

This gives plenty of proof that any organization, with the right planning, tools and strategy can protect itself from this kind of attack.  To be sure protection is a moving target and what works today may not work manana.  So any strategy needs vigilance built in but it’s nice to know that organizations can thwart bad guys if they try hard.

That leaves us with a few questions though.  How much is enough?  What about the Chinese?  And Will Tom Hanks play in the movie?  First things first.  As I mentioned, this is not my gig but you can call the people at Imperva and other companies and you should.

The Chinese are a different situation.  They are professionals, unlike the ragtag bunch in Anonymous, and they are state sponsored.  It is not a stretch to say that when thirty odd companies in California get attacked by servers in a Chinese city and their IP is stolen (as happened last year), that an act of war has taken place.  That’s way out of my pay range as they say in D.C. but at a minimum, I would think that some agency of our government should retaliate.  I suggest we turn back a few Chinese cargo ships — say, a like number to the companies hacked?  Just a thought.

As you can see international relations isn’t my gig either.  As for Hanks?  I’ll call his agent.

(Editor’s note: the Enterprise Irregulars site is protected by Incapsula, a spinoff of Imperva, the company mentioned above.  However, we don’t have Swiss Guards…)